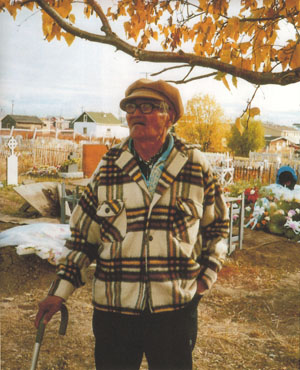 William Vittrekwa was born on November 20, 1892 in Fort McPherson, Northwest Territories. His parents were Old William Vittrekwa and Veronica. On June 26, 1912, William married Ellen Snowshoe, with whom he had seven children. Ellen died, and William remarried on January 13, 1936. He and his second wife, Mary Esau, had nine children and adopted five grandchildren.

William was known as a very active man in the bush; he was a good hunter and walker. He earned his living on the land for many years, and often guided tourists and prospectors in the region. He was also an Anglican Church warden for many years.

In 1970, when he was nearly 80, William guided a party of men from Fort McPherson on a patrol to Dawson, Yukon. This was to commemorate the famous “lost” patrol of 1910–1911, during which four members of the Northwest Mounted Police died after becoming lost in heavy snow.

William Vittrekwa passed away on November 16, 1985.