On 18th century maps, New France covers an enormous expanse stretching from Hudson’s Bay to the mouth of the Mississippi, and from the shores of Acadia to the Rocky Mountains.  As the areas settled by the French represented only a minute fraction of this space, there is something misleading here.  Yet these maps attest to the prodigious scope of over two hundred years of explorations and claims.

This section of the Virtual Museum of New France invites you to get to know the Frenchmen who, by turns, pushed back the frontiers of the lands known to Europeans and who made it possible for France to extend its sphere of influence. 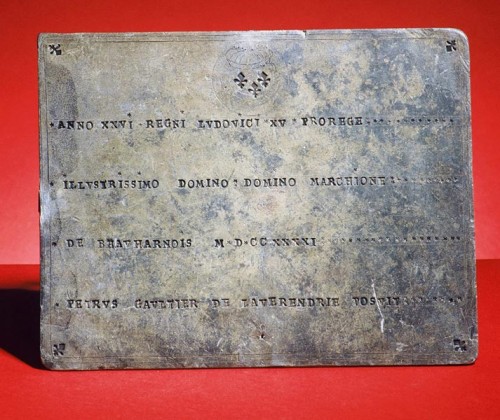 From Cartier to the La Vérendryes, with Champlain and Cavelier de La Salle, readers will retrace the steps of men pushed further and further by the stubborn hope of discovering mineral riches or a navigable passage towards Asia.  The Mississippi and the mythical “Western Sea” would long capture the imagination.

Journeying in search of distant peoples, with whom they hoped to trade of among whom they wished to establish missions, men such as Des Groseilliers and Marquette laid the foundations of a crucial alliance network.  Informed and guided by Aboriginal peoples, these explorers ranged the territory, measured and mapped it, and described its characteristics and those of its occupants.  By allowing France and Europe to discover North America, they prepared the way for its eventual colonization.