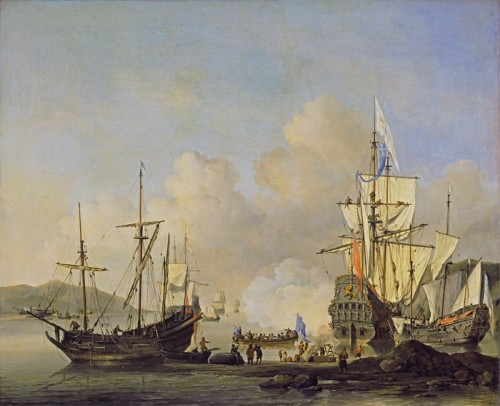 Much of what we know about commerce in French America is due to the pioneering work of Quebec historian Louise Dechêne, who studied Montreal and its merchants. Subsequent historians and archeologists have sought to recreate the route followed by merchandise sold in stores in Quebec City, Montreal and New Orleans, or directly to Aboriginal Peoples. These researchers have succeeded in establishing a fairly comprehensive picture of commercial activity in North America.

The following text (under development) will describe transatlantic trade and exchanges within New France, presenting a portrait of a society whose members were on both sides of the Atlantic Ocean and who worked together to provide the colony with the goods it needed. We see the establishment of partnerships between Canadian or Louisiana merchants and their French suppliers, as well as with officers established further inland on the continent. We are given an understanding of the full scope of mercantile politics, which sought to maintain the colony in a state of dependence upon goods that were manufactured in France.