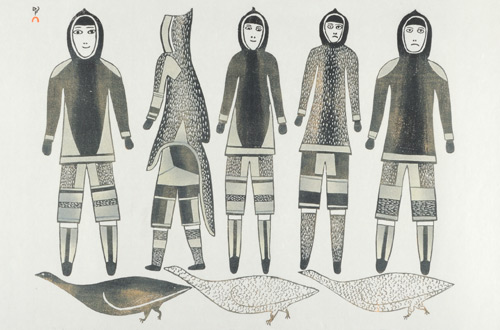 Times have changed, but hunting is still vitally important to Inuit culture, as it has been for many centuries. “Country food”—caribou, seal, Arctic char, geese and even whale—remains a rich dietary staple in the North, augmenting store-bought imported food from the South. When the season is right, families often spend weeks on the land, using modern equipment such as snowmobiles, all terrain vehicles, radios, rifles and motorboats, alongside the time-honored knowledge gleaned generations ago, when the difference between a successful and unsuccessful hunt could mean life or death. Unlike yesteryear, hunting serves mainly cultural purposes today, although it still requires an extraordinary amount of skill—as well as a deep knowledge of the land, weather, ice and animals.