Use your Twitter account to write and post a short story inspired by one of the four displays of vehicles and objects shown below. You can also post your story by using the interactive stations in the Horse Power – The Paul Bienvenu Carriage Collection exhibition.

Get inspired by reading the descriptions of the vehicles and objects in the four displays found below.

The Canadian Museum of History reserves the right to refuse or remove racist, hateful, defamatory, insulting or promotional messages. 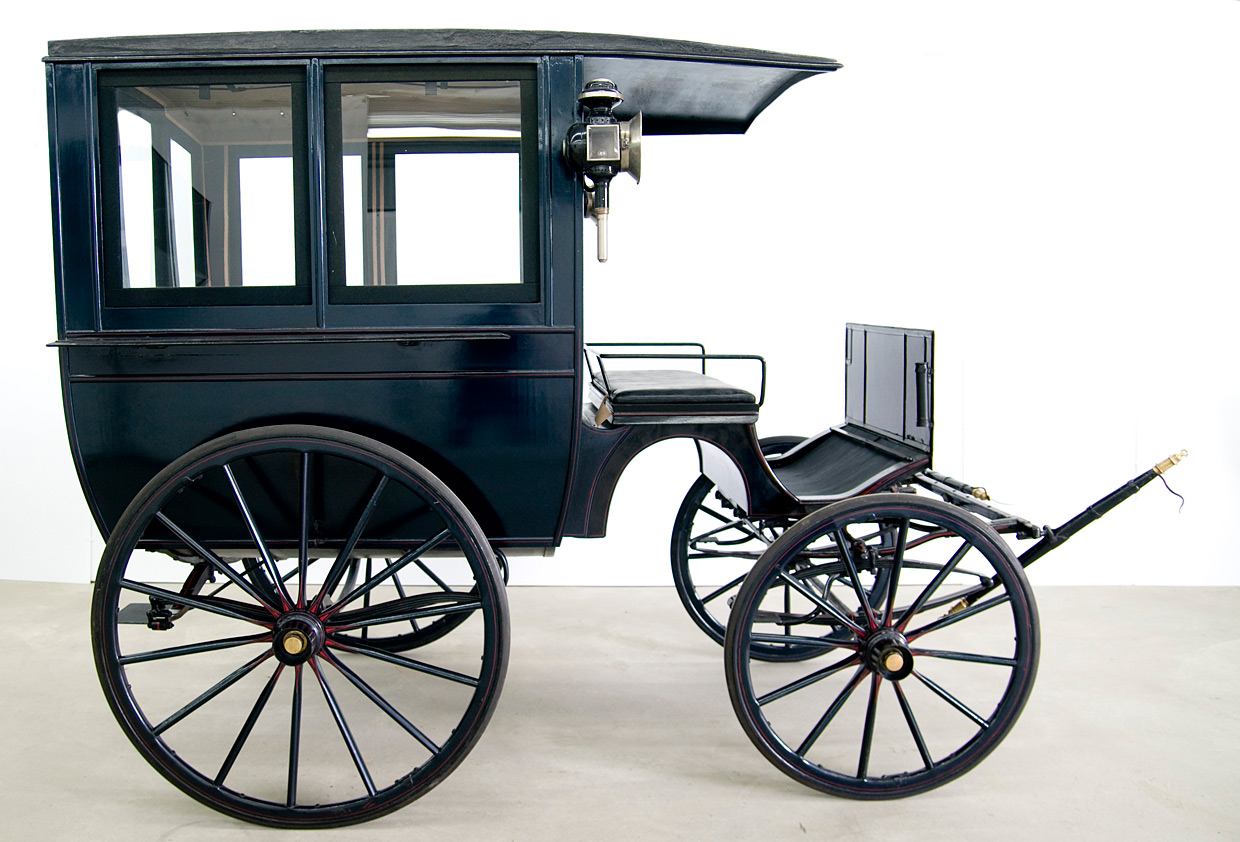 @jyfrechette Seated in the omnibus, the man in the top hat leaned forward to listen to the conversation between the goldfinch & the horse. #cmhvehicle1

Somber in style and suited to the Quebec climate, the Capucine Omnibus was intended for public and private transportation. It features a rounded hard-top roof and retractable hood or capucine that protects the driver. The wheels are banded with rubber instead of metal, no doubt to offer better traction on streets lightly covered with snow. This vehicle can seat up to seven; with passengers entering through the back door. 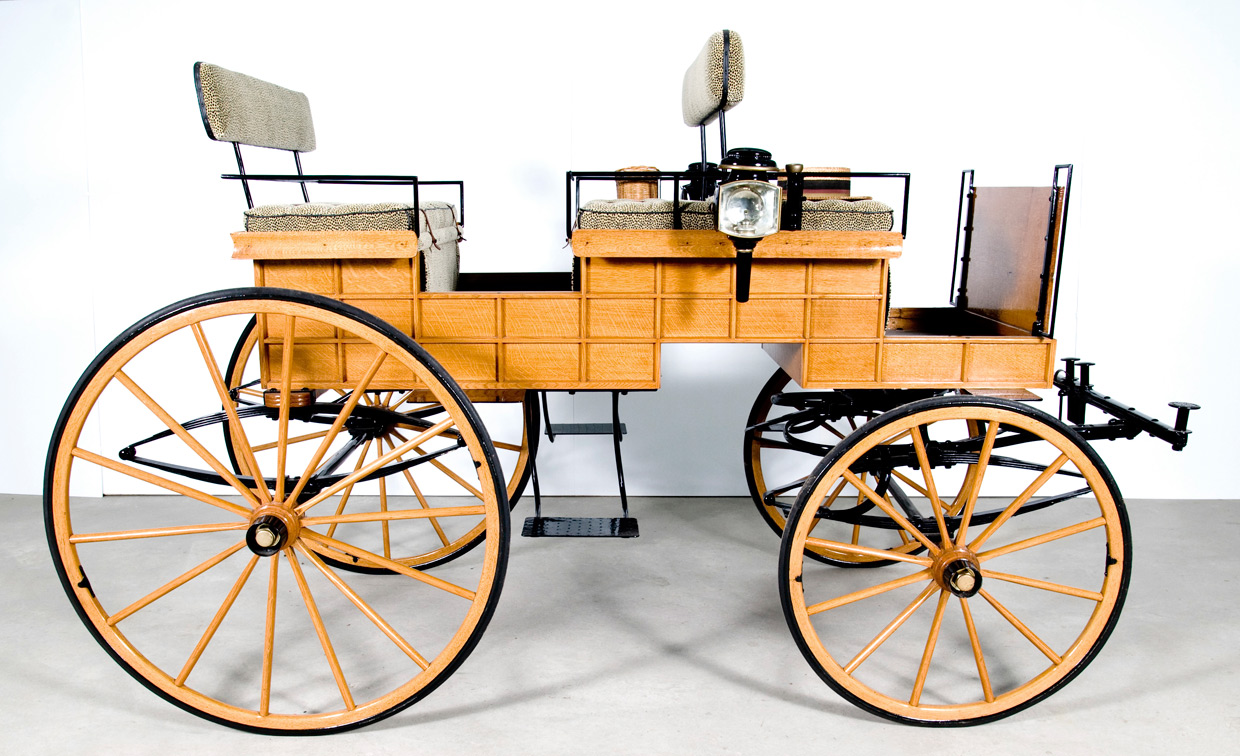 @pierrepaulpleau The phaeton traveller stumbled about in the fog, looking for his trunk. “I can’t see a thing!” he cried out. “Where is it?”#cmhvehicle2

Phaetons were functional vehicles for affluent owners. Also dubbed “station wagons”, they were often used to carry travellers and their baggage to and from railway stations. This beautifully refined model stands out for its wooden body, which still has the original varnish, as well as the three seats (two of which face each other) and umbrella basket. 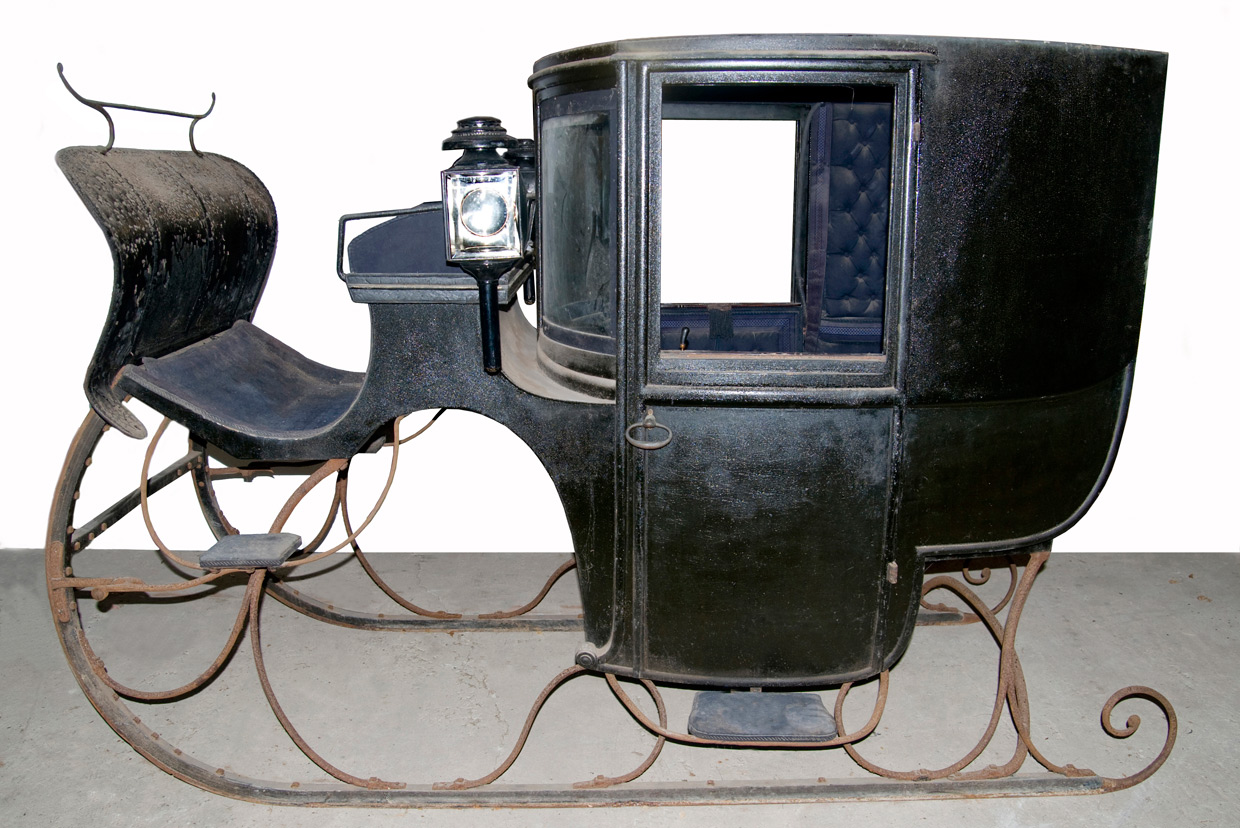 @pierrepaulpleau A blizzard covered the roads in snow. Lucy put on her fur cloak, took her gloves from her purse & stepped into the sleigh. #cmhvehicle3

This sleigh is as elegant inside and as it is outside. Blue velvet upholstery covers the seats and all other surfaces for the comfort and safety of passengers. The vehicle is equipped with a beveled glass windshield. Two Bakelite receivers enabled the driver and passengers to communicate via telephone. This was a truly luxurious winter vehicle for well-heeled owners. 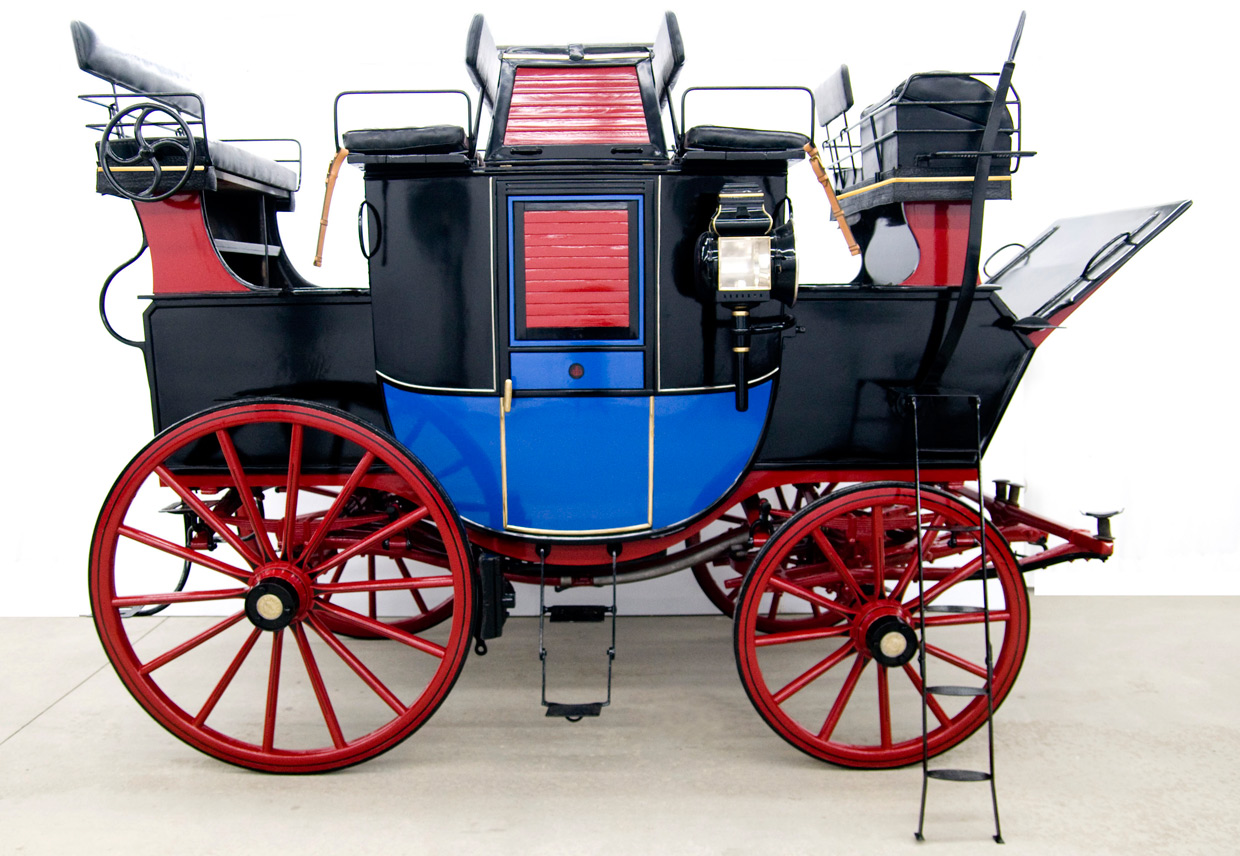 @pierrepaulpleau While Fanny played with her doll, a sumptuous picnic was laid out on the blankets. “What a lovely Sunday!” thought the horse. #cmhvehicle4

The Park Drag Coach was used for country and racetrack outings. At race meets, the coaches would be arranged on the infield. Comfortably seated on the roof, owners and guests enjoyed an unbeatable view of the event. The Park Drag Coach is equipped with a picnic box containing all the essentials: silver cutlery, fine crystal and china. When placed on the carriage roof, the box serves as a table. 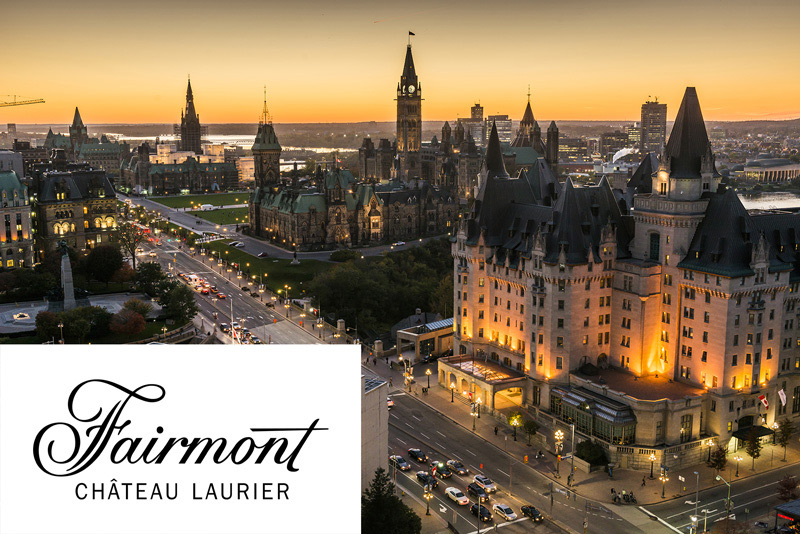 A grand prize will be awarded to one of the top 10 favourite stories voted on by Museum visitors.

One grand prize will be randomly awarded to one of the 10 most popular short stories (most votes via Twitter and in the exhibition). The draw will take place at the Canadian Museum of History at the closing of the exhibition.

The grand prize (for two people) includes a two-night stay at Ottawa’s landmark luxury hotel the Fairmont Château Laurier (double occupancy, subject to availability), a one-hour tour of downtown Ottawa in a horse-drawn carriage and passes to the Canadian Museum of History and the Canadian War Museum. (Approximate retail value: $850)