This National Canadian Film Day, join your fellow Canadians in one of the biggest watch parties around! The Canadian giant-screen family has come together to present Wonders of the Arctic, free of charge throughout the day, on April 21, 2021. This special screening will also include an interview with award-wining Canadian filmmaker, David Lickley, at 8 p.m. EDT.

Special thanks to Giant Screen Films and Reel Canada for making this content available to our visitors.

Wonders of the Arctic

Enter a sparkling world of ice and snow, where polar bears tussle, huskies howl, and narwhals dive through turquoise waters. In this wilderness at the top of the world, tiny flowers blossom in the brief but brilliant summer, and whales breach in an iceberg-studded ocean.

Wonders of the Arctic is a story of survival in one of the most unforgiving environments on Earth — an environment dominated by a single element: ice. Majestic yet dangerous, life-giving yet treacherous, ice affects the fortunes of every living thing in the Arctic.

In this era of warming temperatures and melting ice, will plants and animals adapt or perish? Follow scientists and Inuit elders as they explore the changing landscape of this harsh and beautiful frontier. 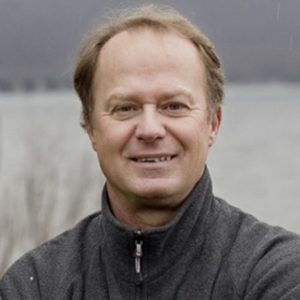 DAVID LICKLEY is a scientist-turned-filmmaker with a Master’s Degree in Biology from the University of Alberta. As a documentary filmmaker, he has more than 40 science and nature features to his credit. He has directed five IMAX®-format films for Science North in Sudbury, including Gold Fever (1999), Bears (2001), Jane Goodall’s Wild Chimpanzees (2002) and Mysteries of the Great Lakes (2008). In 2011, he directed Born to be Wild 3D (produced by Warner Bros. and IMAX®), and co-directed and wrote Wildfires! A Firefighting Adventure in 4D. More recently, he established Lickley Productions, directed Wonders of the Arctic 3D (2014), and is working on the development of the film Jane Goodall’s Reasons for Hope.