In the 1870s and early 1880s, the Canadian government established control over the West and laid the foundations of a new society. The paramilitary North-West Mounted Police enforced Canadian law and sovereignty in the region. Government surveyors measured and mapped the land, while scientists took stock of its resources.

Building a transcontinental railway was the government’s biggest challenge, one it met, but at tremendous human and financial cost. It had promised this railway to British Columbia as a condition of the colony joining Confederation in June 1871.

The Rail, from Sea to Sea

Sir John A. Macdonald’s Conservatives won the 1878 election on the promise of a “national policy” calling for completion of the transcontinental railway. The new government approved the Canadian Pacific Railway (CPR) company and provided generous financial support. Given its huge task, however, the CPR teetered repeatedly on the brink of bankruptcy. Ironically, it was an American — William Cornelius Van Horne — who oversaw construction of the “all-Canadian railway” across 5,000 kilometres of forests, prairies and mountains. The railway was completed on November 7, 1885, when CPR director Donald A. Smith drove in the last spike at Craigellachie, British Columbia.

The Montreal Watch Case Company presented the prime minister with this gold watch to honour him for encouraging Canadian industry through his “national policy.”

The construction of the CPR was a massive undertaking that required the labour of many thousands of workers.

These workers followed a set routine. Surveyors first staked out a route for the railway. Construction crews then cleared and levelled the land, sometimes having to dynamite their way through rock. They laid track over swampland, across rivers and around mountains, and built massive wooden trestles to bridge canyons and river valleys.

Most CPR labourers came from Europe, the United States and eastern Canada. In British Columbia, however, an estimated 15,000 Chinese men and boys worked on the railway.

While most labourers earned between $1 and $2.50 a day, Chinese labourers earned less: between $0.75 and $1.25. They worked in extremely dangerous conditions, and many were killed in blasting accidents, rock- and mudslides and falls. CPR labour contractor Andrew Onderdonk estimated that three Chinese workers died for every kilometre of track laid in the Fraser Canyon.

On its completion in 1885, Canada’s transcontinental rail line connected the Canadian Pacific Railway from Port Moody (on the Pacific Coast) to Montréal, and the Grand Trunk and Intercolonial railways from Montréal to Halifax.

This presentation offers a glimpse of the construction and early history of Canada’s transcontinental route in the late 19th and early 20th centuries.

Surveyors used theodolites and transits in staking out the CPR route in the 1870s and 1880s.

Listen to an account by CPR worker Wong Hau-hon recalling a fatal construction accident.
(Dramatized, one minute. The following clip contains graphic content that may not be suitable for all audiences.)

Transcript:
Dynamite was used to blast a rock cave. Twenty charges were placed and ignited, but only 18 blasts went off. However, the white foreman, thinking that all of the dynamite had gone off, ordered the Chinese workers to enter the cave to resume work. Just at that moment, the remaining two charges suddenly exploded. Chinese bodies flew from the cave as if shot from a cannon. Blood and flesh were mixed in a horrible mess. On this occasion, about 10 or 20 workers were killed.

CPR operations called for precise and reliable schedules. But until the mid-1880s, every town set its own time based on local observations of the sun. This made coordinating rail travel very complicated. As a solution, CPR chief engineer Sandford Fleming proposed a universal system of timekeeping, in which the world would be divided into 24 time zones. Fleming’s system — known as standard time — came into effect on January 1, 1885, and is used everywhere in the world today. 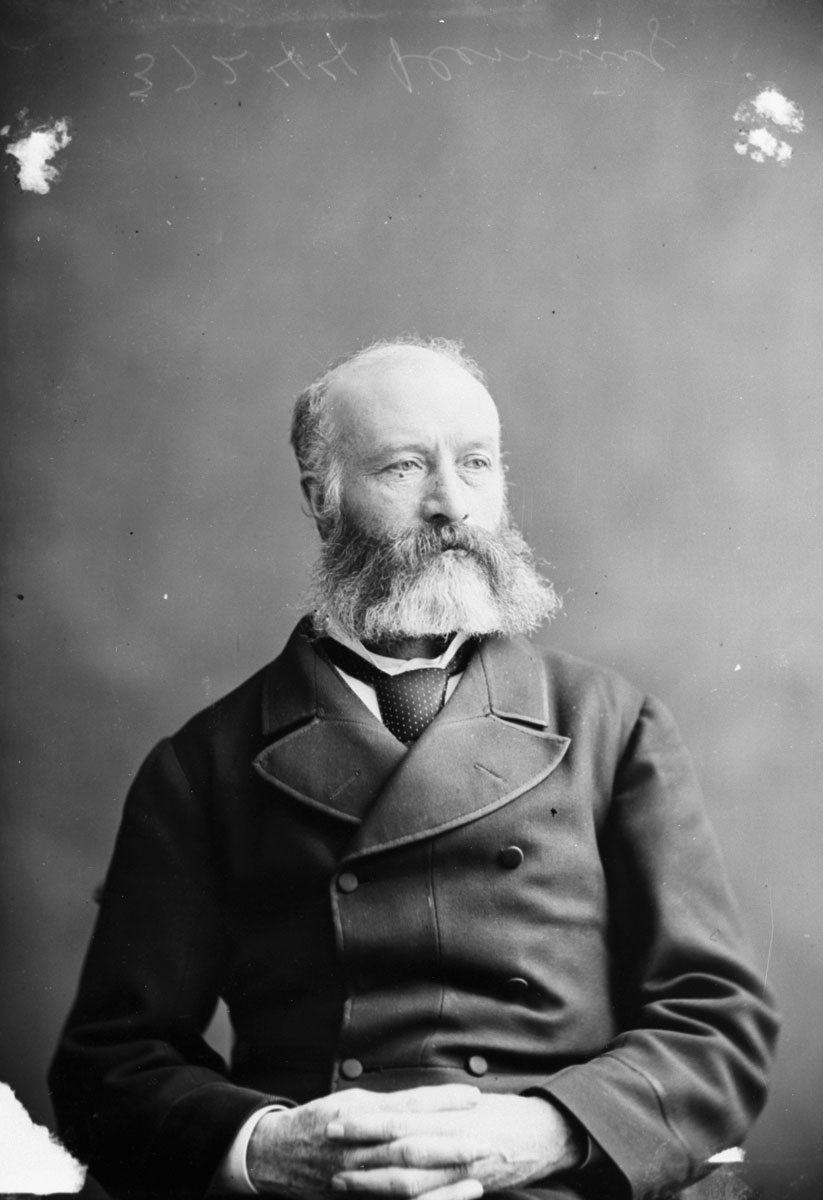