In the late 1700s and early 1800s, Indigenous peoples in North America’s northern interior accepted a sustained Euro-Canadian presence in their homelands.

In many cases, marriage between Indigenous women and Euro-Canadian traders strengthened this arrangement by forging close family ties.

An Influx of Newcomers

The Hudson’s Bay and North West companies extended the fur trade deep into the continent. They followed river-based transportation networks that carried European goods into the interior, and brought furs out to Hudson Bay and Montréal.

They also transported large numbers of men — mostly boatmen and labourers. In the late 1700s, the Hudson’s Bay Company recruited the majority of its workforce from Orkney, off northern Scotland; the North West Company recruited mainly from the St. Lawrence Valley.

Between 1790 and 1821, thousands of voyageurs worked under contract for the North West Company. Most came from parishes around Montréal. Voyageurs were divided into two groups. Mangeurs de lard (pork eaters) transported goods and furs between Montréal and Lake Superior. Hommes du nord (northmen) ventured beyond Lake Superior. Most voyageurs were French Canadian, but Haudenosaunee and other Indigenous men joined their ranks by the early 1800s. This mix produced a lively voyageur culture, marked by distinctive music, clothing and behaviour.

Paddled by nine to 12 voyageurs, canots du maître, or Montréal canoes, carried trade goods from Montréal to depots at the west end of Lake Superior.

There the voyageurs exchanged their cargos for furs transported from further inland in smaller canots du Nord (North Canoes). The crews then paddled back to Montréal, delivering the furs in the late summer or autumn.

This reproduction of a canot du maître was made in 2013 by master canoe builder Richard (Rick) M. Nash of Dorset, Ontario. 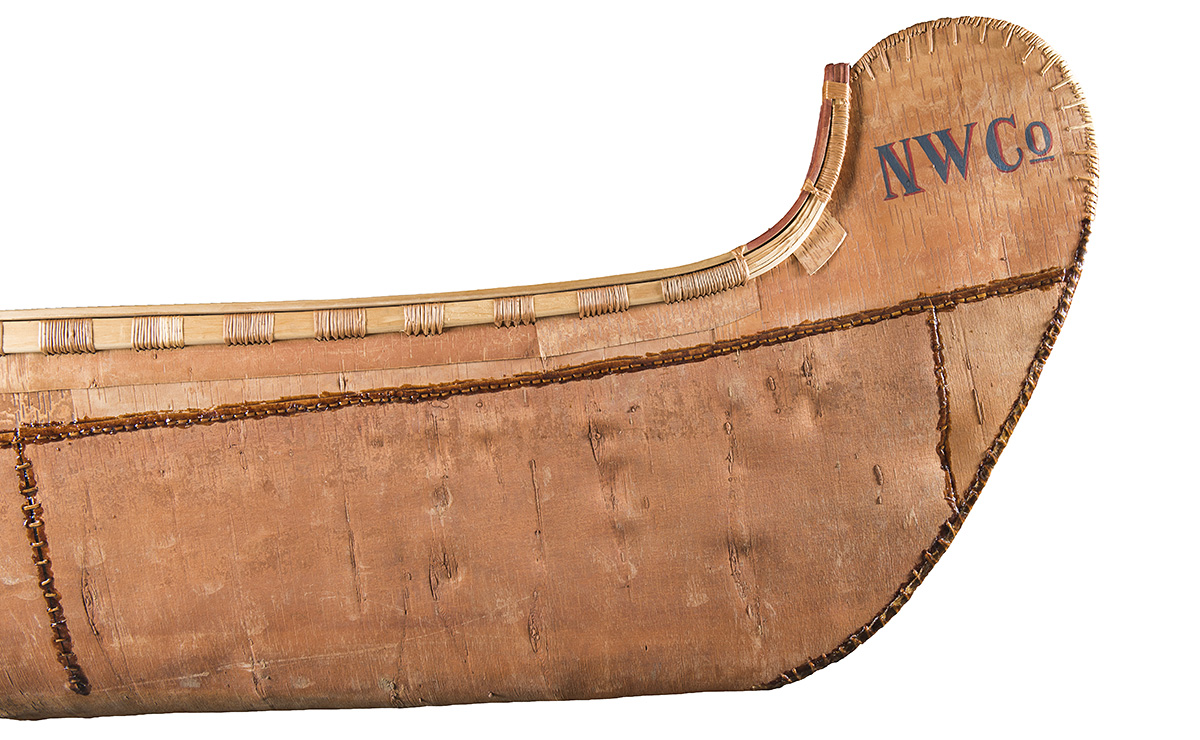 Note: This interactive feature is presented in the Canadian History Hall and is provided here online, as-is.

The Canot du Maître in the Canadian History Hall

Photo at top of page:
Reproduction of a canot du maître, made in 2013 by master canoe builder Richard (Rick) M. Nash of Dorset, Ontario