Argillite is a black, carbonaceous shale (a type of sedimentary rock) that Haida artists source from a protected quarry site at Tllgaduu TlldaG̱aaw (Slatechuck Mountain) near the Haida village of Skidegate. Though argillite formations occur elsewhere on Haida Gwaii and, indeed, in other parts of the world, the geological processes that formed the material at Tllgaduu TlldaG̱aaw (Slatechuck Mountain) set this argillite apart from other varieties. Haida artists have been carving argillite to sell to collectors since the early 19th century. An art practice unique to the Haida, argillite carvings can depict oral histories and crests, as well as figures from origin stories and even contemporary events. A “soft” stone, argillite is very fragile and receptive to the carver’s tools, which can make it both difficult and easy to carve.

Argillite carvings reflect Haida history dating back to interactions with European and American visitors in the early 19th century. When these visitors arrived to do business on Haida Gwaii, Haida artists took advantage of these commercial opportunities and created innovative works, using the material to experiment with new ideas and imagery outside the Haida artistic repertoire. In the first half of the 19th century, artists created Victorian-inspired tableware and European figures, and later in the 19th century and into the 20th, artists carved figures depicting Haida stories and beings, selling and trading them to this new audience.

Sourcing and carving argillite are labour-intensive processes. Carvers must first travel by boat to access the path that leads to the mountain quarry, carrying their tools and food for a long day’s work. Carvers then quarry large slabs of argillite and pack this down the mountain, returning home to process and carve the stone. Historically, argillite carving was a man’s art form and, while most carvers today are men, there are also some very skilled Haida women carvers. 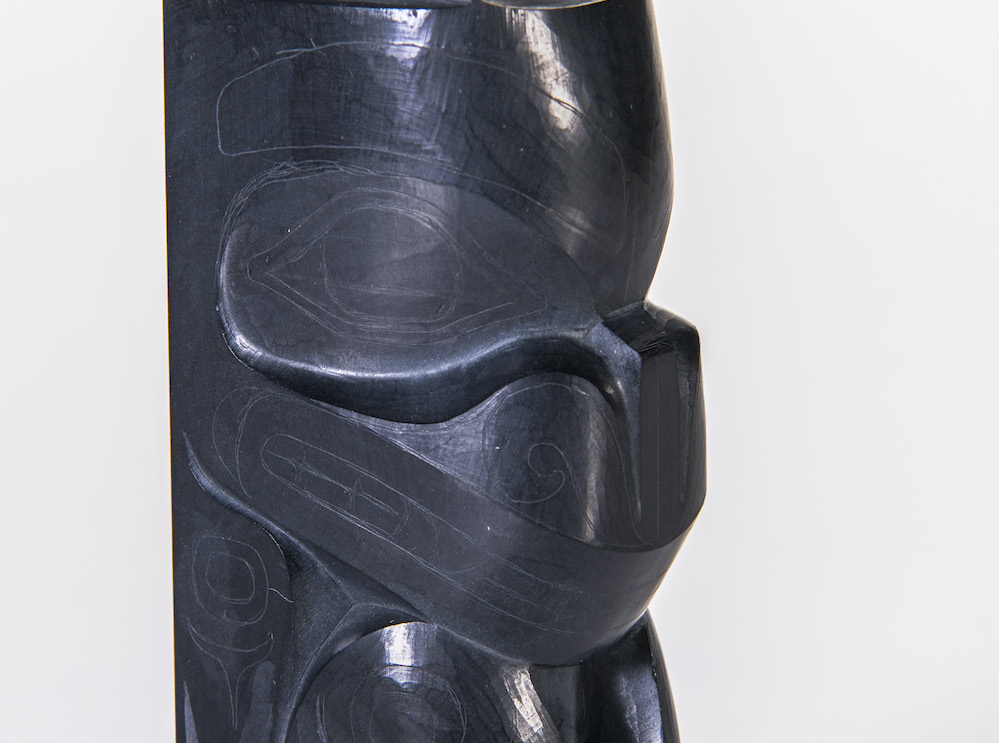 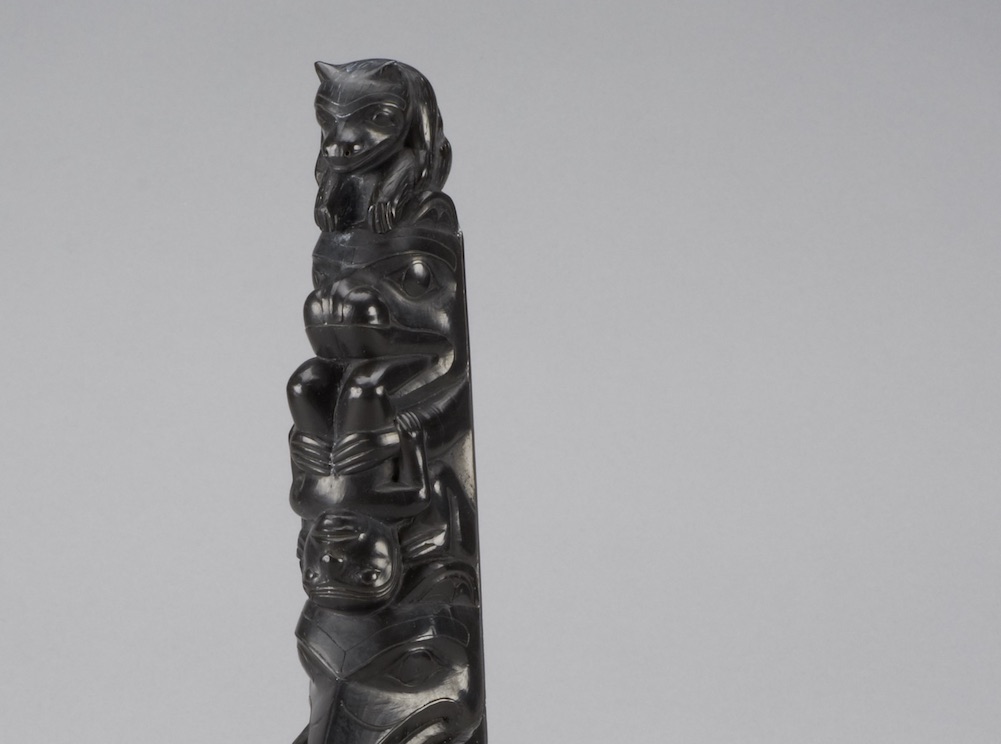 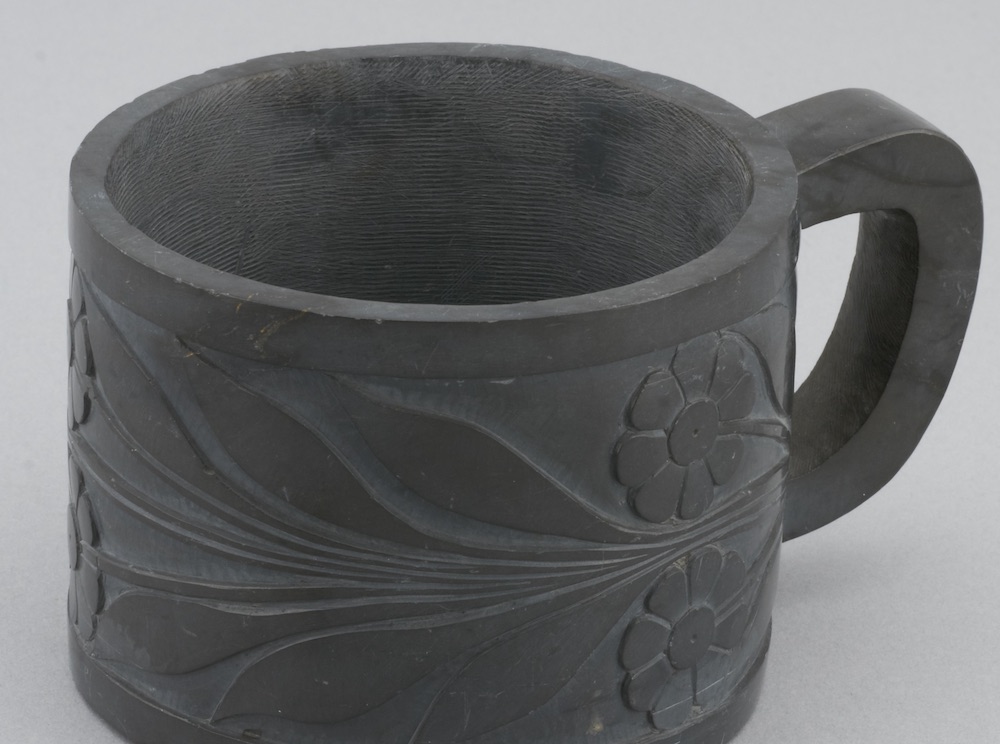