The Canadian Museum of History is proud to announce the acquisition of the Rick Hansen Man In Motion World Tour Collection. Spanning Hansen’s early athletic career and life on Tour, the collection includes 1,700 artifacts, and thousands of behind-the-scenes videos, photographs and documents.

Donated by Rick Hansen to the Museum in May 2020, this important collection reflects the unparalleled achievement of a Canadian hero, and his activism for greater access and inclusion for people with disabilities.

“Great societies become greater when everyone has equal access, is fully engaged, and can realize their potential.” — Rick Hansen 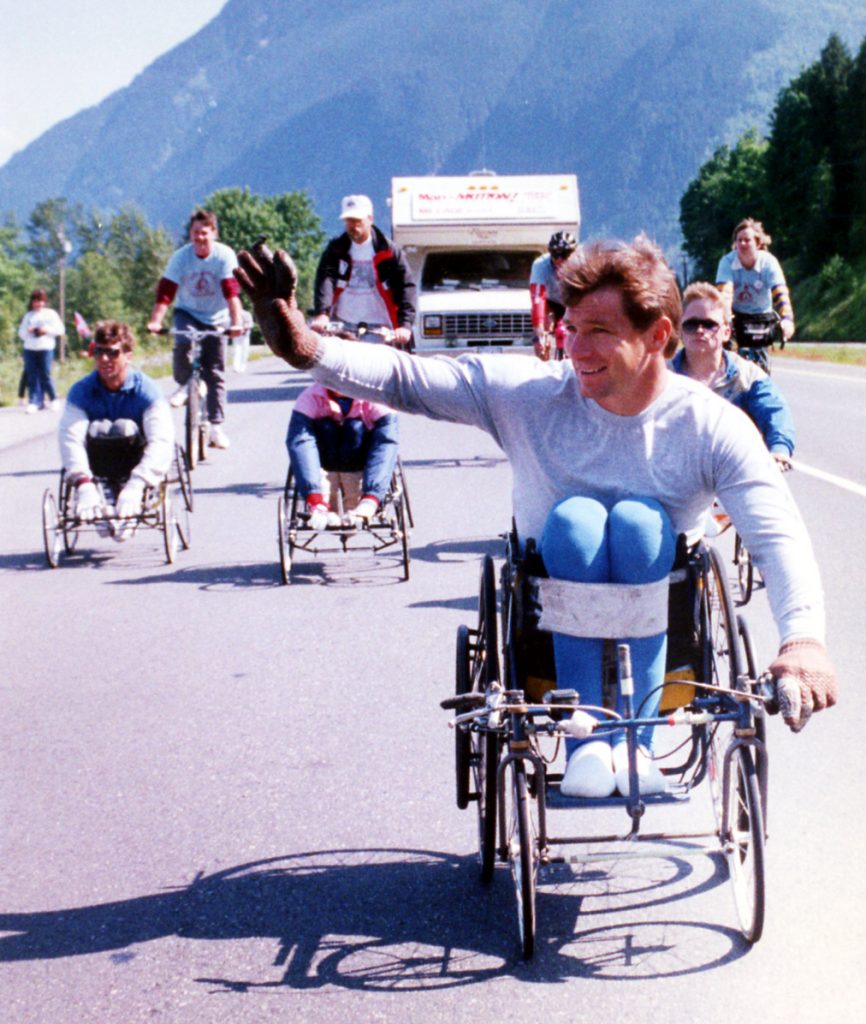 In March 1985, Canadian Paralympian and Olympian Rick Hansen set out on a journey that would make history. Hansen’s dream for the Man In Motion Tour was to make the world accessible and inclusive for people with disabilities, and to fund research for a cure for paralysis. After an epic 26-month, 40,000 kilometre journey around the world in his wheelchair, Rick and his team completed the Tour and arrived home in Vancouver on May 22, 1987.

The Rick Hansen Man In Motion World Tour Collection contains thousands of artifacts and photographs documenting Hansen’s early athletic career as a Paralympic and Olympic athlete, through to the worldwide Man In Motion World Tour. Click through this album to view highlights from the Collection, including adaptive clothing and equipment custom made for Rick Hansen, objects and materials used on the Tour and gifts received by Hansen from icons like Bobby Orr and other supporters.

The Collection in Photos

“I am driven by a deep passion and need to make a difference and leave this world a little better than when I arrived. That’s what keeps me going.” — Rick Hansen

On May 22, 2020, the Rick Hansen Man In Motion World Tour Collection was officially donated to the Canadian Museum of History during the exclusive online event, An Afternoon With Rick Hansen. In conversation with Dr. Jenny Ellison, Curator of Sports and Leisure at the Museum, Hansen shared behind-the-scenes stories from the Tour, and reflected upon key objects that shaped his journey.

Do you have photos and stories about the Man In Motion World Tour? Rick Hansen would love to hear from you.

Through his ongoing work as Founder of the Rick Hansen Foundation, Rick Hansen’s dream of creating a world without barriers continues.

Please visit the Rick Hansen Foundation website to learn more about the great work being done to build a more accessible world. 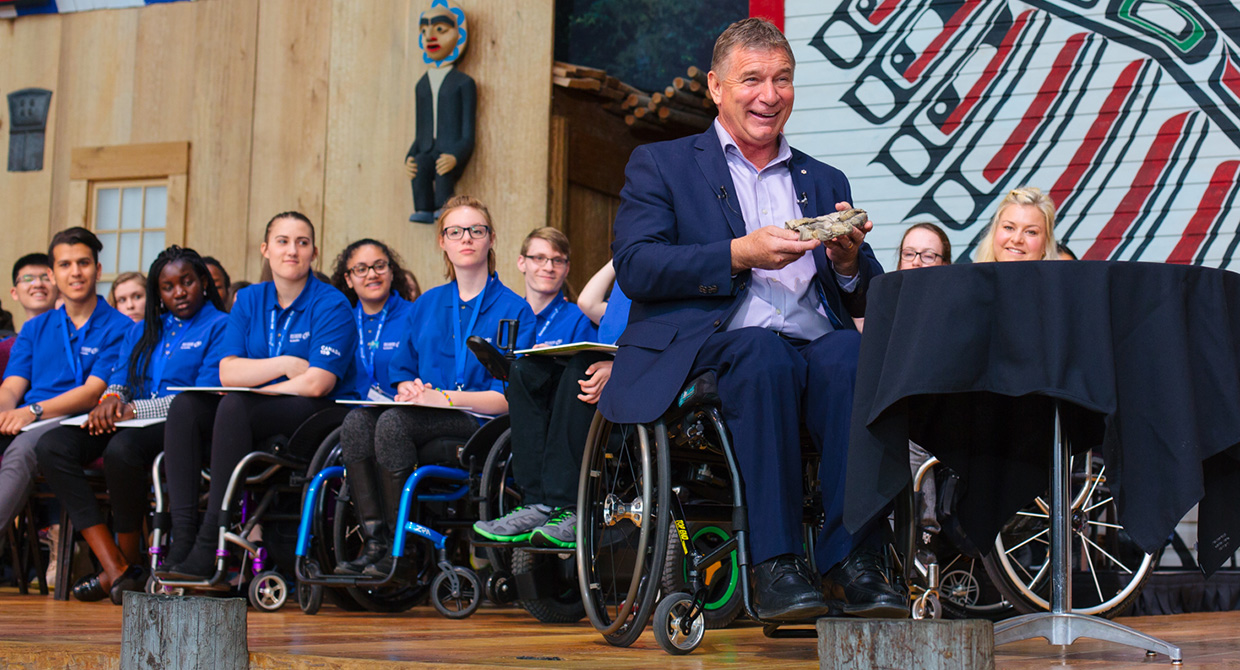 In 2017, Rick Hansen donated a glove from the Man in Motion World Tour to the Canadian Museum of History. The glove is now featured in the Canadian History Hall, where it has become a popular draw with visitors from around the world.

Photo at top of page:
Rick Hansen crossing the 12,000 mile mark just outside of Kingston, Australia in 1986.
Courtesy of the Rick Hansen Foundation