Death in the Ice

The Mystery of the Franklin Expedition

Explore the enduring mystery behind Sir John Franklin’s tragic expedition. Leaving Britain in 1845 to chart the Northwest Passage through the Arctic, the expedition’s two ships and 129 men never returned. Through historical artifacts and Inuit oral history, this groundbreaking exhibition provides the most comprehensive account to date of Franklin’s final voyage.

An exhibition developed by the Canadian Museum of History (Gatineau, Canada), in partnership with Parks Canada Agency and with the National Maritime Museum (London, United Kingdom), and in collaboration with the Government of Nunavut and the Inuit Heritage Trust.

In 1845, when Sir John Franklin left Britain in command of the Royal Navy’s most ambitious Northwest Passage expedition, no one could have imagined that one of the world’s greatest mysteries was about to unfold.

May 19, 1845: The Franklin Expedition departed from Greenhithe, near London, England.

July 4, 1845: The ships arrived at the Whale Fish Islands, Greenland, after a stormy Atlantic crossing.

July 29 or 31, 1845: HMS Erebus and Terror were sighted in Baffin Bay by whaling ships. This was the last time the ships and their crews were seen by Europeans.

Winter 1845 to 1846: The expedition spent its first winter in the Arctic off Beechey Island. Three members of the crew died, and were buried on Beechey Island.

September 1846 to Spring 1848: The ships were beset — surrounded and stuck in ice — northwest of King William Island.

April 22, 1848: The expedition had been stuck off of King William Island for over a year and a half. Fearing they would never escape, the men deserted the ships.

April 25, 1848: The men landed on King William Island. Nine officers and 15 seamen had already died. There were 105 survivors. Officers left a note stating their plan to trek to the Back River.

January 20, 1854: Franklin’s Expedition is missing for more than eight years. The Admiralty announce that its officers and men will be declared dead as of March 31, 1854.

1847–1880: More than 30 expeditions sailed, steamed or sledged into the Arctic from the east, west and south. Very few found any trace of the expedition.

2008: A renewed search for Franklin’s ships began under the leadership of Parks Canada.

September 1, 2014: An important clue is found on an island in Wilmot and Crampton Bay: an iron davit pintle (fitting). Parks Canada refocuses its efforts near that island.

2016: Almost two years to the day after the discovery of Erebus, Terror is located in Terror Bay, off the southern coast of King William Island. 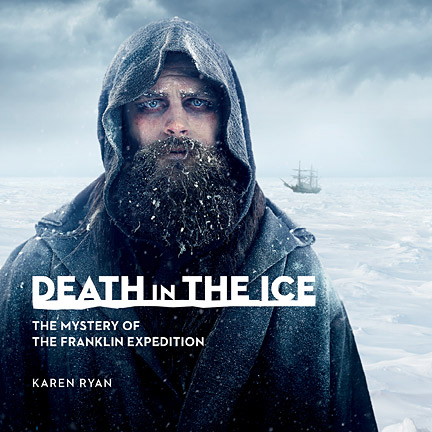 Complete your visit by picking up the Death in the Ice – The Mystery of the Franklin Expedition souvenir catalogue, on sale online and at the Museum Gift Shop.