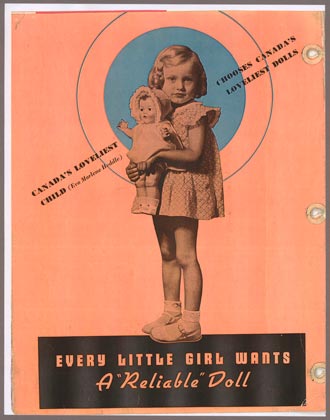 The company that became the Reliable Toy Company was founded in 1920, with the original name of the Canadian Statuary and Novelty Company. In the beginning, they made plush toys and small novelties in a 500 square foot room on Queen Street in Toronto, Ontario. The original partnership was dissolved in 1922, though operations continued at the same location, establishing a new company under the name Reliable Toy Company. At first the new company relied on importing doll heads from Germany and composition parts from the United States. In about 1922 they began making original dolls on their own.

With continued growth, the company was able to move to a larger building on King Street West where they occupied 3,000 square feet of space. In 1928, still growing, they moved again to Phoebe Street which gave them 13,000 square feet. The Reliable Toy Company bought the assets of their former competitor, Dominion Toy, in 1933, and thus had most of the doll market in Canada to themselves.

In 1935, Reliable became the largest toy factory in the British Empire, occupying 72,000 square feet in a new location at 258 Carlaw Avenue. This factory contained a complete knitting mill to manufacture clothing for dolls and featured a hairdressing department, as well as specialty sections for making voice boxes and squeakers, shoes, and eyes. A year later, Reliable's annual production of dolls reached to over one and a half million dolls of three hundred varieties. 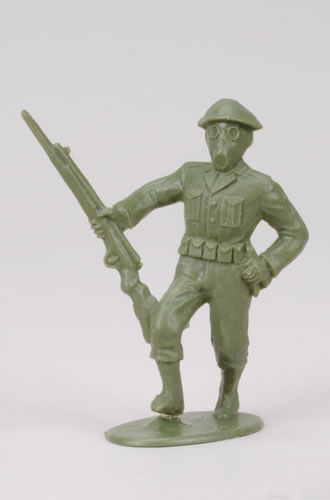 Reliable got a head start in the plastic industry, especially in the manufacture of plastic dolls, and led the field for years, partly due to their experience with the technology of injection moulding to create small plastic items for the Canadian government during the war. Reliable used scraps left over from making plastic bullet tips and oil bottles for guns for the Canadian Armed Forces to make the first Canadian plastic toys in the early 1940s.

There were at least a dozen different war toys in Reliable’s vast line of toys: aircraft ships, jeeps, tanks and toy soldiers. Early examples of plastic toys are the WWII series of small plastic ships produced as convoy sets, and plastic aircraft including Hurricane and Spitfire fighters and B026 bombers. By 1948 Reliable included a plastic helicopter in their toy catalogue, a simplified Sikorsky-type pull toy with a double three-bladed rotor. It is interesting to note that the military use of helicopters in Canada only started in the Royal Canadian Air Force in 1947. 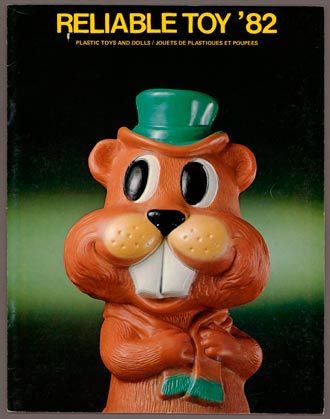 Plastic toys are still being made by the Reliable Toy Company in Toronto, Ontario. After a merger with another long-lasting Canadian toy maker, the Viceroy Manufacturing Company, all toy making was shifted to the Viceroy factory. Some of the toy making processes and machinery that were used to make the toys of the 1940s are still in use at this factory today. While few company records remain, originals or copies of many of the older toy catalogues held by the company have been transferred to the Canadian Museum of Civilization Library.