In the Playground, On the Sidewalk

Organized sports are usually managed for children by adults. But there’s another side to outdoor play – the sidewalk games that disappear when rain washes away chalklines, the intricate skipping and clapping games that live on in our memories. These important types of play are more difficult to keep in a toy collection: they sometimes leave no physical clues and the rules are invented and kept by the children themselves. In recent years, Canadian museums have been making a special effort to collect and record this particularly fleeting evidence of play. 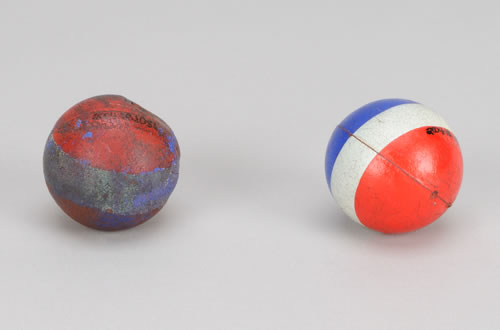 When the emigrating United Empire Loyalists arrived in Canada at the end of the 18th century, they brought as many belongings as they could, including their children’s toys, many of which were simple toys of movement: tops, hoops, and wooden balls. Some of the early tried and true games such as marbles have survived. Rubber balls, skipping ropes, spinning tops and ten pin sets – every generation plays with them.

Canadian girls know a variety of skipping games, many of which have been handed down from sister to friend to daughter and back. Skipping is a popular outdoor pastime in many cultures, and not just among girls.