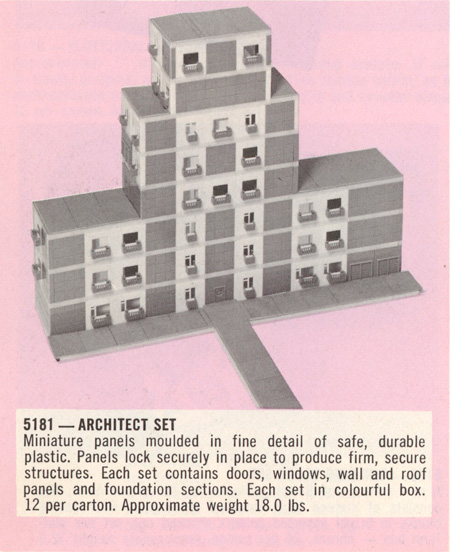 There are many links between play and the development of physical and intellectual skills and, either by design or as an unintended by-product of use, many toys and games build skills that are useful to children in later years. Construction sets are among the most obvious examples of toys with this kind of extra “play value.”

Construction sets have existed for almost two hundred years but changes in the materials used and the style reflect the improvement in accessibility of materials. However, some basic materials have changed little over time. For example, popular architectural blocks produced in Germany were still made of clay in the 1930s, and children continued to construct grand buildings and even villages with this “old style” material.

The very popular working sets such as Meccano, the metal construction sets from England, and Tinkertoy, the wooden construction set from the United States, challenge the intellect and creativity of the child. Their popularity has resulted in many attempts to copy their success.

The Allen Wood Products Ltd. Company, located in Fenelon Falls, Ontario, made wooden toys, mainly for younger children. They were active in the 1950s and also made a Canadian version of the Tinkertoy-type of construction set. 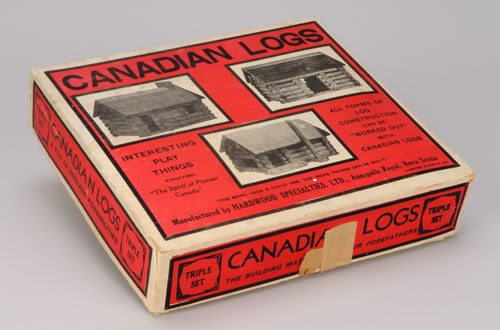 The Hardwood Specialties Ltd. company of Annapolis Royal, Nova Scotia, which produced a building set called “Canadian Logs,” was one of the few manufacturers of toys in Canada’s maritime provinces.

Today’s plastic Lego construction sets are perhaps the ultimate in the development of building sets. Plastic space vehicles loaded with intricately designed equipment are a far cry from the clay blocks, but the child’s desire to construct has not changed.