Washi: An Inuit Printmaking Staple and a Conservator’s Companion

As explored in the Canadian Museum of History’s travelling exhibition, Inuit Prints: Japanese Inspiration — Early Printmaking in the Canadian Arctic and its accompanying catalogue, the graphic artists of Cape Dorset have, since 1959, been influenced by the Japanese printmaking traditions introduced to the North by artist James Houston. As a result of this influence, many of the prints issued in annual collections by Kinngait Studios from the 1960s to the present day have been printed on Eastern — specifically Japanese — paper. The Japanese word for paper that is handmade in Japan is washi.

The extensive use of washi by artists and printmakers of Kinngait Studios, from the first five Inuit printmakers to the contemporary artists who followed in their footsteps, is made clear when one examines the Inuit print collection at the Museum of History. Numbering over 6,000 individual works of art, the Museum’s Inuit print collection is the most comprehensive of its kind in the world. The collection contains works by well-known Inuit artists such as Kenojuak Ashevak (1927–2013), the first woman to become involved in printmaking in Cape Dorset, whose 1969 print The Owl is printed on a sheet of washi. 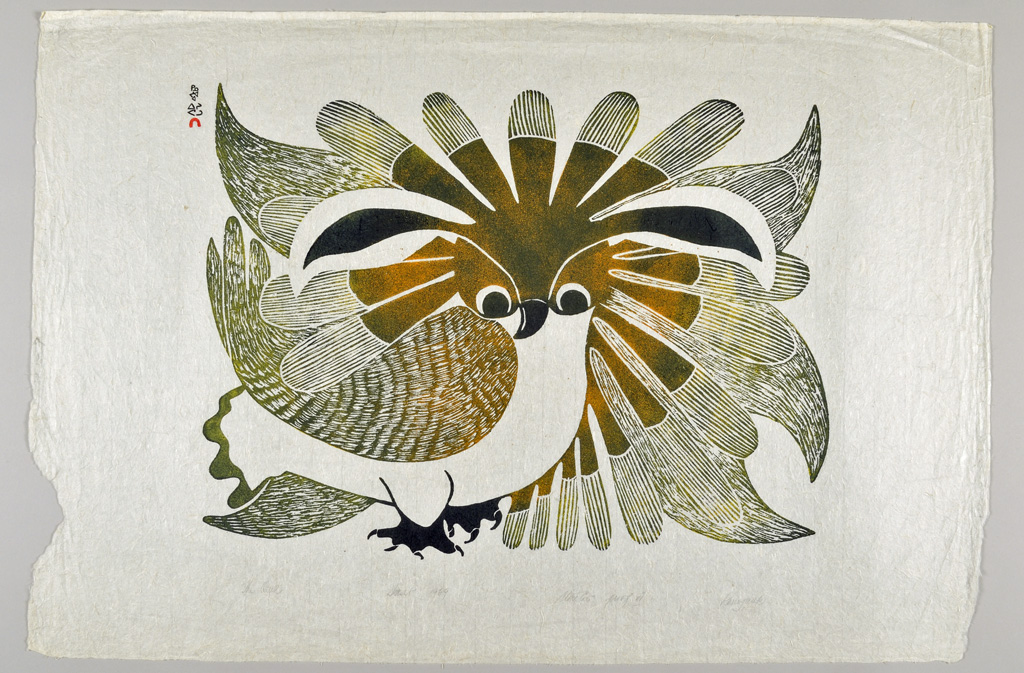 The Owl (Proof III/100), by Kenojuak Ashevak, is printed on Japanese handmade paper (washi). The original drawing for this print was featured in Canada Post’s Masterpieces of Canadian Art series of postage stamps. © Canadian Museum of History, The Owl, Kenojuak Ashevak, CD 1969 055, IMG2009-0162-0137-Dm.jpg

Today, a great many of the prints produced at the Cape Dorset studios continue to be printed on washi. The production of washi differs from the paper manufacturing techniques used in the West, which historically used cotton or linen rags until about 1850, when Western paper manufacturers began to use wood products. Instead, using a centuries-old tradition, washi is produced from raw materials that are native to, and grown in Japan, Korea, Eastern China and Southeast Asia.

Distinct from the types of paper with which we are familiar in the West, washi has been recognized for its intrinsic cultural value. The differences in raw materials and manufacturing technique — much of which is still performed by hand — results in papers that, in all their variety, are significantly different in both appearance and character to Western-made papers. Furthermore, the creation of handmade paper in the Japanese way is in itself an art form. The people of Japan have designated several master papermakers as Japanese National Treasures, and the best of the papers that they produce as Important Intangible Cultural Properties. In 2014, washi was added to the UNESCO list of Intangible Cultural Heritage,making it a treasure recognized not only in Japan but also around the world.

As the Museum of History’s Paper Conservator, I interact with Japanese paper on two levels. Not only am I the caretaker for works of art printed on Japanese paper and charged with ensuring their long-term preservation in the National Collection, but I also use Japanese paper when undertaking conservation treatments. In fact, Japanese paper and Japanese tools and techniques that have been honed over centuries are core components of a paper conservator’s skill- and tool-set. 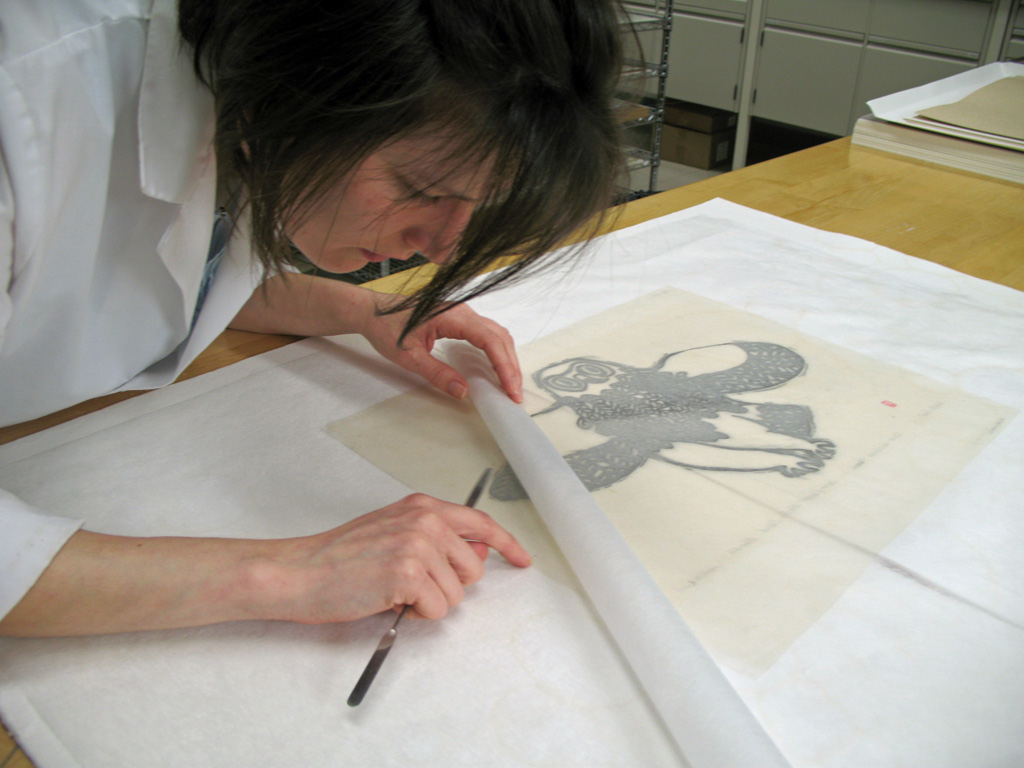 The characteristics of a particular paper are the result of both its manufacture and the raw materials used in its production: fibres such as kozo (paper mulberry), mitsumata (oriental paper bush) and Ao gampi (rice paper plant). Where the papermaking fibres were grown; how the papermaking fibres were washed and cooked; how the sheet of paper was formed and then dried — all contribute to the paper’s character, and thus what it is best used for. These factors also contribute to how a paper will age and perform during a paper-conservation treatment. It is therefore useful for a paper conservator to have this information about a paper before undertaking the treatment of a work of art produced on a washi support, or when selecting paper with which to treat an existing work. Additionally, awareness of the characteristics of a paper that has performed well, or perhaps not so well, in the Canadian context can allow for the recommendation of certain papers over others to artists concerned with the longevity of their work.

Not surprisingly, papers of the best quality are made from the best materials, and require painstaking labour to grow, harvest and process. A shrinking market for handmade papers in the last century has meant a decline in the number of young people willing to undertake the years of physical labour and practice required to master the art of making paper by hand. Today, despite this decline, Japanese paper is available in North America for purchase by artists and conservators through a small number of paper distributors who work with papermakers in Japan to cater to a niche market. Distributors such as The Japanese Paper Place in Toronto, which has been supplying Japanese paper to Kinngait Studios in Cape Dorset since 1982, are committed to increasing the usage of washi paper internationally. In addition, they continue to make Japanese paper available to paper conservators such as me, who use it to care for the art, artifacts and archival materials that make up the National Collection: cultural heritage that belongs to all Canadians.