The War Measures Act, enacted on August 22, 1914, gave the Canadian government sweeping powers to conduct the war. In October 1914, an order-in-council provided the government with the authority to intern civilians as prisoners of war. Categorized as “enemy aliens,” 8,579 immigrants from the multinational Austro-Hungarian, German and Ottoman empires and from the Kingdom of Bulgaria were held in 24 “receiving stations” and internment camps across the country. The last camps closed in February 1920 and Canada’s first national internment operations officially ended in June 1920.

One of these camps was located at Morrissey, in the Elk Valley of southeastern British Columbia. This camp, like many others, was destroyed after the war. In the 1950s, files from the Office of the Custodian of Enemy Property, as well as personnel files pertaining to the internment operations, were also destroyed.

For decades, the stories of the thousands of men who were interned across Canada, and of the 81 women and 156 children who accompanied them, had largely been forgotten. Many of the internees themselves stayed silent. There was too much hurt, shame and fear associated with this traumatic experience, even though they knew very well they hadn’t been accused or convicted of any crime. As Anne Sadelain explains, her father Vasyl Doskoch — who was interned at multiple camps including Morrissey — was “a bitter man about these five years. Five years of his youth that he had lost in this prison.”

In 2005, the federal government officially acknowledged that persons of Ukrainian origin were interned in Canada during the First World War. In 2008, the Canadian First World War Internment Recognition Fund was established, with a mission to support projects that commemorate and recognize the experiences of the various ethno-cultural communities affected by Canada’s internment operations of 1914 to 1920. 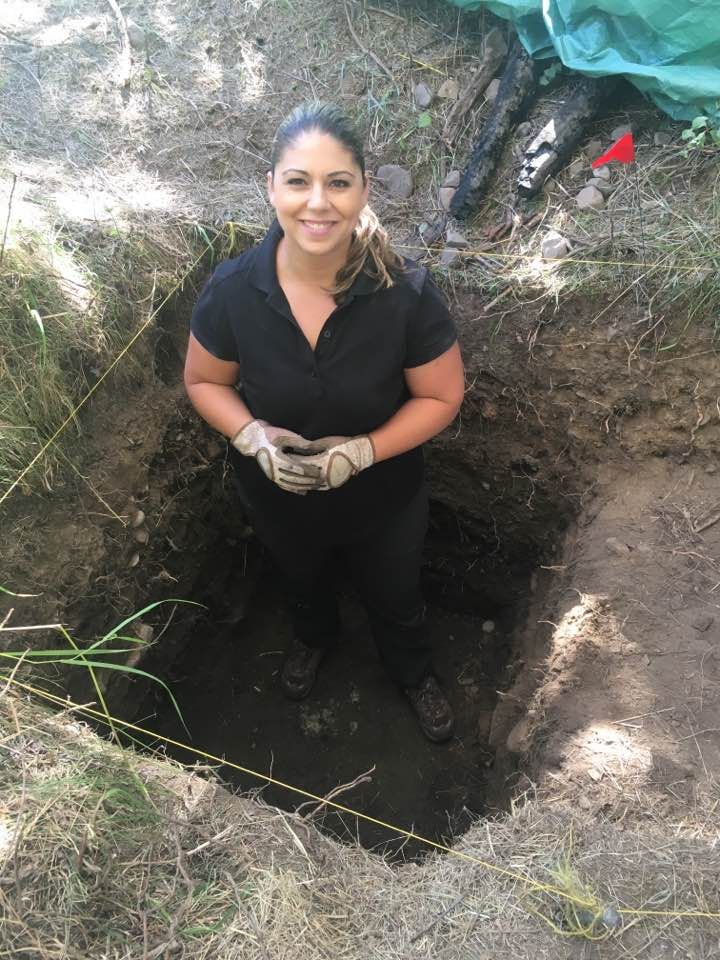 The support provided by a grant from the Fund was instrumental in enabling Dr. Sarah Beaulieu’s doctoral research to come to fruition. Her study took place at the Morrissey Internment Camp between 2015 and 2018. Through excavation, analysis of the material culture record, guided tours, interviews with local community members and descendants of the internees, and a memorial service in the Morrissey cemetery, Dr. Beaulieu and her team not only filled in many gaps in the fragmented historical record, but also created awareness about this part of Canada’s history, while fostering dialogue and healing.

“This is giving voice to these individuals who have been essentially forgotten about.”

In operation from September 28, 1915 to October 21, 1918, the Morrissey Internment Camp continuously housed between 70 and 240 internees. As the number of internees increased, prisoners were divided into first- and second-class groups based on nationality. Germans were considered first-class prisoners and were held in close confinement, while Ukrainians and other Europeans from the Austro-Hungarian and Ottoman empires were considered second-class prisoners and placed in labour camps.

At the start of the excavation by Dr. Beaulieu and her team, there were few surviving structures on the forested landscape. Fieldwork involved surveying, mapping, deploying a ground penetrating radar, and excavating within the grounds of the internment camp. This allowed the team to locate the prisoners’ compounds and living quarters, the exercise yard, and the privies, as well as the camp canteen and several building footprints of the guards’ quarters.

The fieldwork and collection of artifacts recovered reflect the interconnected facets of daily life at the Morrissey Internment Camp, such as diet and health, self-care and leisure, resistance and expression, and faith and identity.

The examination of the faunal assemblage, for example, offers a plausible explanation to the prisoners’ constant complaints regarding the lack of food and the poor quality of meat. It confirms that, as the war went on, there was a definitive increase in the quantity of bone-in meat, cheaper cuts, and a decline in the provision of better-quality meats. Since the Auditor General’s War Appropriation reports — which provided details for food supplied to the camp — only recorded the total weight of the various meats, internment authorities would have been able to limit the meat supply to prisoners without appearing to make reductions. 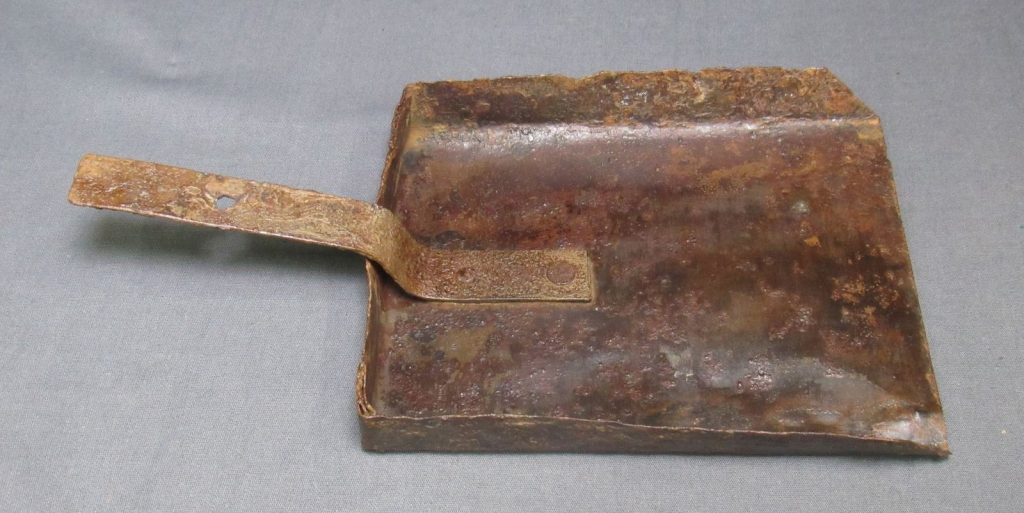 Dr. Beaulieu’s work also provided compelling evidence for various acts of resistance by Morrissey internees, the most visible and enduring one being the escape tunnel. In 1917, a local newspaper, the Fernie Free Press, recounted a failed escape attempt through a tunnel. However, the newspaper was wrong about the site of the tunnel, and it took the excavation to uncover its true location. Many interesting artifacts were also excavated from the escape tunnel, including storage jars and tins for sugar, syrup, cocoa, chocolate, coffee, sardines and corned beef, which were found in no other location on the internment grounds. The internees had most likely stockpiled these high-calorie, easily preserved and carried foods to be used as part of their escape kits. The story of the tunnel’s failure is also recounted in Dr. Beaulieu’s archaeological record: it seems that it was discovered shortly before the planned escape, opened from above, and filled with garbage that was then burned to prevent future use. 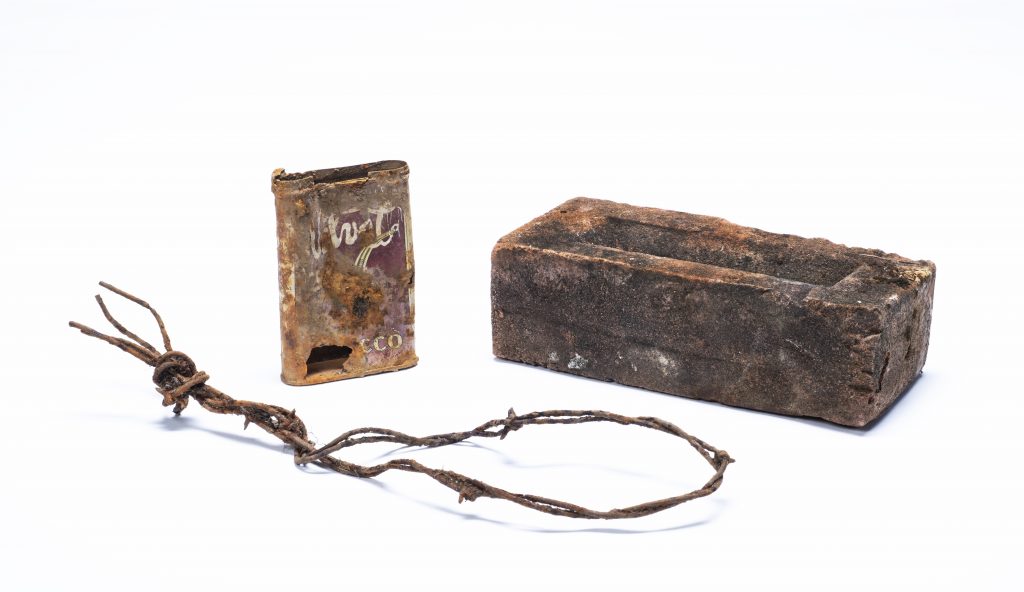 Dr. Beaulieu’s meticulous surveys at Morrissey show the strength that lies in combining history and archaeology to better understand our past. Her studies have contributed important knowledge that was lacking in the scattered historical records, and have brought to light new information about the internees whose lives were so deeply affected by their imprisonment.

Learn more about the suspension of civil liberties in Canada during the First World War, the Second World War, and the 1970 October Crisis in the special exhibition Lost Liberties – The War Measures Act, on display until September 5, 2022 at the Canadian Museum of History, or by purchasing the exhibition souvenir catalogue.

Melanie Morin-Pelletier is a historian, war and society, at the Canadian War Museum, and co-curator of the exhibition Lost Liberties – The War Measures Act.