These boots were made for working

Made in the late 1930s, in a village shoemaker’s shop in the rural county of L’Islet, in Eastern Quebec, these log driver’s boots are made of ox hide. The material was treated at a local tannery in boiling solutions that used hemlock bark to help make the material more flexible before it was given over to the shoemaker. The sole and heel have metal brads to help reduce wear, but were especially important because they provided better traction on the slick log or shoreline surfaces. The men of the drave did their work at a time of year when the thermometer could and did reach below zero, thus turning movement on a riverbank or a tree trunk into a hazardous exercise indeed. 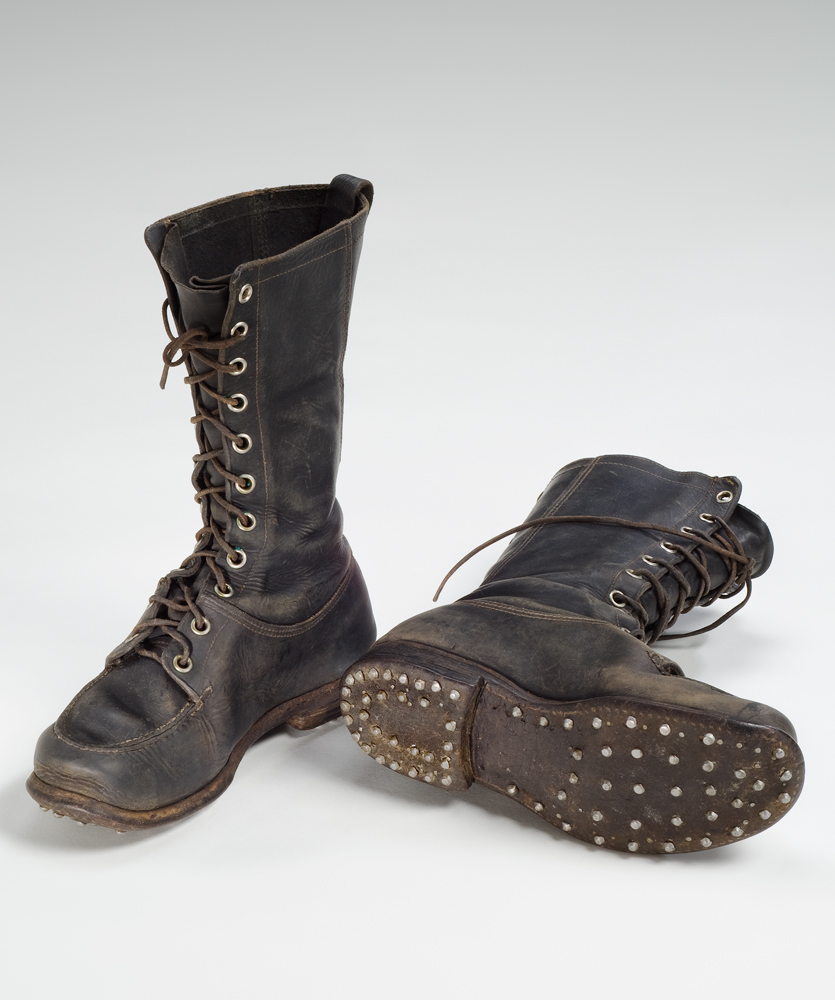 In early 20th century traditional logging operations, wood felled during the winter months was hauled by horse to the side of a waterway so that it could be driven (floated) down lakes and rivers in the direction of harbours, sawmills or pulp mills. The lumberjacks laboured through the winter felling and hauling wood.

The work of the log drivers (les draveurs) was synonymous with the advent of spring. Come mid-April and May, most lumberjacks retired to the farm for the rest of the season. Not so the draveurs, whose job it was to break up logjams at a rapid or waterfall — the men prodding or poking at stray logs with long hand-held poles called peaveys, cant hooks or picaroons.

The men usually did their work from a small flat-bottomed boat, pointed at both ends, if not from shore. Sometimes they had to get out and walk, run or dance upon the surface of floating wood in the direction of a particular jam. As specified in the Gilles Vigneault song “Tit-Paul la Pitoune,” the longer logs (billots) used to make lumber were generally 12 feet (3.66 metres) long; pulpwood logs (known as “pitounes”) were 4 feet (1.22 metres) in length. As you can imagine, keeping your balance on the smaller pitounes was no easy task for the log driver. 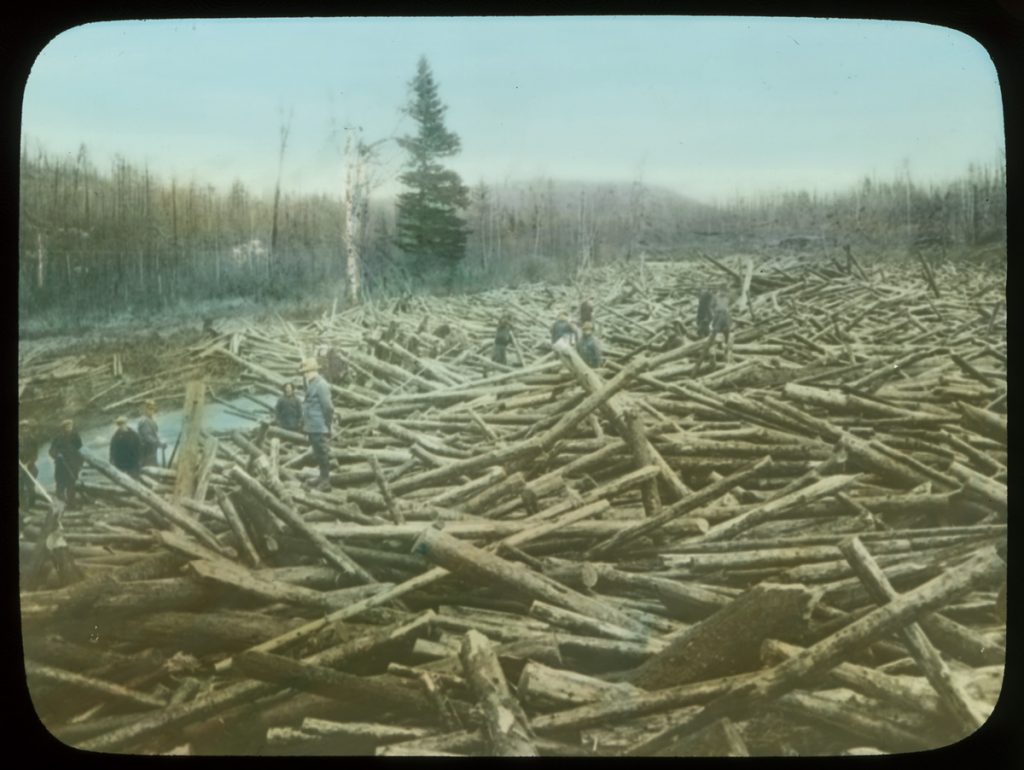 The backcountry in Eastern Quebec and the Lower St. Lawrence was, by virtue of private arrangements and lease contracts with the Crown, very much the preserve and domain of the logging and pulp and paper companies. They were in charge of cutting operations in these forested domains. They made the lakes, outlets and rivers into an interlocking system through which they could move wood for dozens of kilometres. Come spring, the rivers throughout rural Quebec were full of floating logs. Les draveurs were there to shepherd the logs to their destination.

Their work did not stop or begin there. Waterways were prepared for the flottage beforehand: vulnerable or soft riverbanks were reinforced with wood, and such obstructions as rocks were hand lifted or blasted out of the way. In some cases, flumes (les dalles) were built to direct the logs around a large obstacle such as a hydroelectric dam. This was all hard work, requiring strong arms, agile feet and, of course, a good pair of boots.

Today most pulpwood is hauled to its destination by truck. The institution of the drave, once so important to the industry, is a thing of the past. Yet if you listen carefully, you may hear the echo of a song or traditional melody, announcing the draveur’s time of year.

You might instead imagine the sheer pleasure of a parish girl for whom nothing “pleases her more from her head to her toes” than getting a chance to waltz with the log driver when, of an evening, he comes to town (“Log Driver’s Waltz,” Kate and Anna McGarrigle).