The William James Roué Collection tells the Bluenose story, and much more 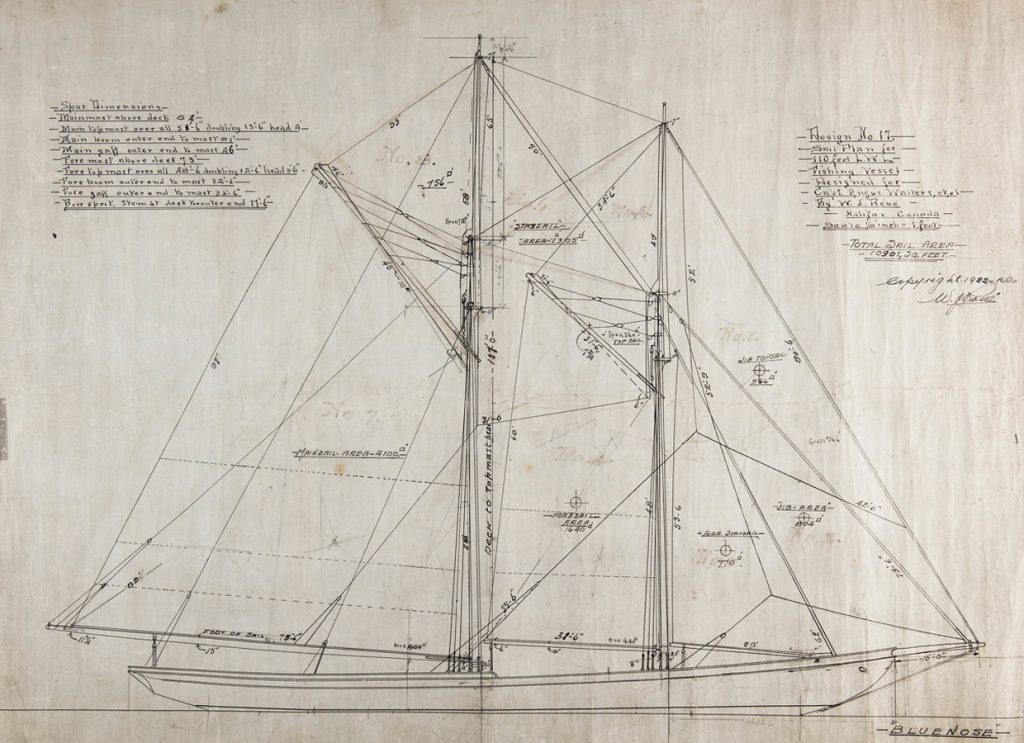 Every object tells a story, which is why new acquisitions are always exciting events at the Canadian Museum of History. Recently, thanks to the generosity of the Roué family, we acquired the William James Roué Collection, which connects Canadians to Canada’s most famous naval architect, William James Roué (1879–1970).

What was life like for a busy 20th century naval architect? What did his office look like? What tools did he use? And how did Bluenose, Roué’s most famous vessel and Canada’s iconic schooner, come to be?

The Bluenose story began in 1920 at the International Fishermen’s Trophy, a race between working fishing schooners from Nova Scotia and Massachusetts. It is no secret that Canadians have never enjoyed losing to our neighbours to the south. So, after the Americans won the first race in 1920, the Canadian committee was determined to return the following year with a schooner that would leave the Americans “in its wake.” They asked the largely self-taught Roué, who was dividing his time between working at his family’s soft-drink firm and pursuing his passion of naval architecture, to design a winning schooner for the next year’s race. 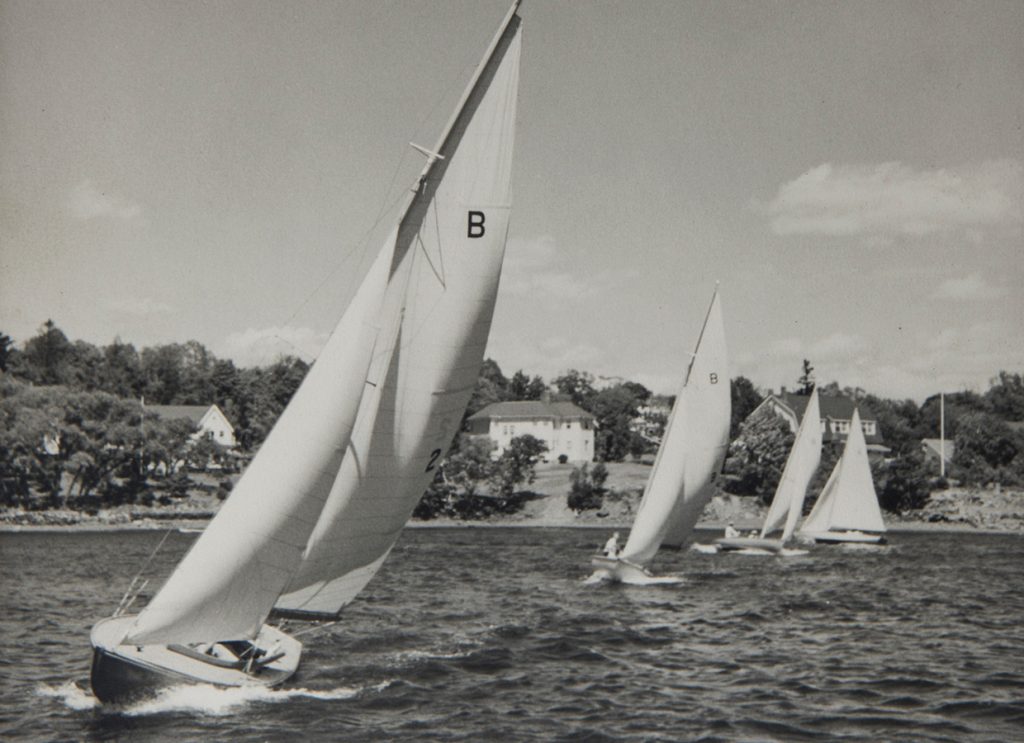 Roué came up with Bluenose, and the rest is history. The Canadian schooner took home the International Fishermen’s Trophy in 1921, but its success did not stop there. It held the title against American challengers through to the last race in 1938, and this continued racing success made it an enduring symbol of Nova Scotia and of Canada. Bluenose represented Canada at the Chicago World’s Fair and the Silver Jubilee of King George V. It appeared on a 1929 postage stamp and, from 1937 onwards, has graced the Canadian dime. It brought Roué to national and international attention, ultimately allowing him to leave the family firm and devote himself full time to his biggest passion: designing vessels.

Over more than half a century of activity, Roué designed some 200 vessels, ranging from pleasure and racing craft to ferries, fishing boats and an innovative sectional cargo barge for Britain’s Ministry of War Transport during the Second World War.

Roué’s extraordinary career speaks volumes about 20th century wooden ship and boat building and about our country’s multi-faceted relationship with the ocean. To help highlight the 100th anniversary of Bluenose, in 2021, the Museum will present a special display on William James Roué, giving visitors the opportunity to step into this fascinating chapter of Canadian history. 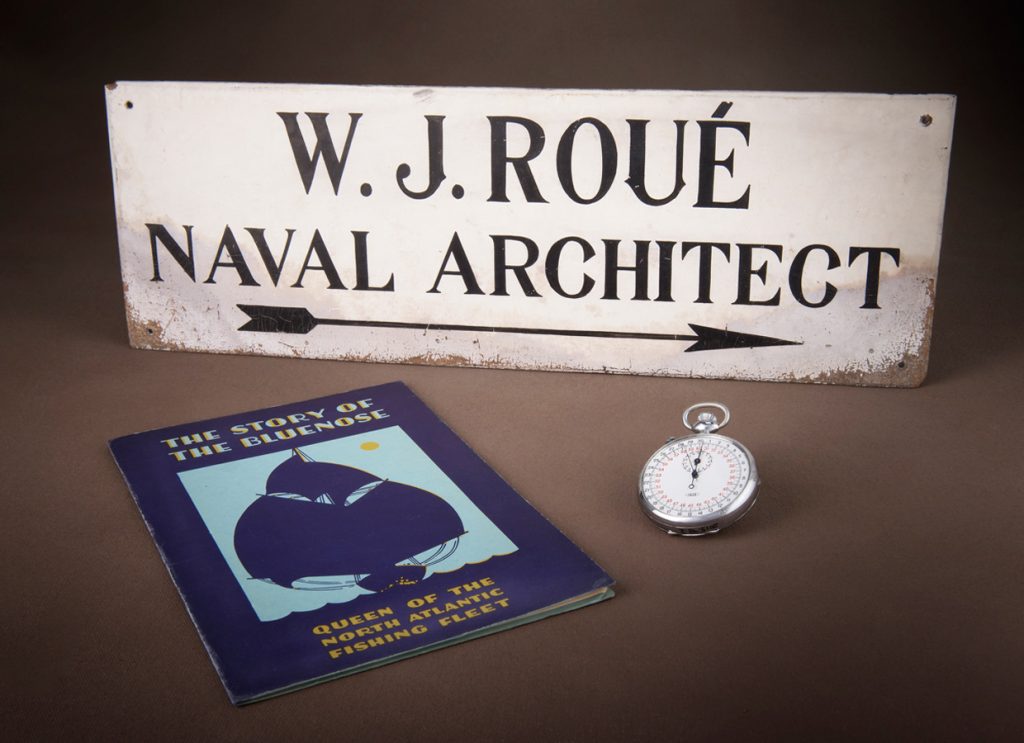 The collection, which the Canadian Cultural Property Export Review Board certified as being of “outstanding significance and national importance,” contains archival documents, such as office records and correspondence with clients, and drawings and specifications for roughly 150 of Roué’s designs, including Bluenose. It also includes some 30 three-dimensional artifacts, among them furniture from the naval architect’s office, his drawing tools and half-hull models of his designs.

Key objects of the collection will be displayed in our new Canadian History Hall, which will open on July 1 of this year. There, in celebration of the 150th anniversary of Confederation, we will be presenting the stories and artifacts that have shaped our nation and whose influence on our lives can still be felt today.