St. Onuphrius Ukrainian Catholic Church is one of the “can’t miss” features of the new Canadian History Hall. From the mezzanine space of Gallery 3 and throughout most of Gallery 2, its dome rises majestically toward architect Douglas Cardinal’s beautifully curved ceiling in the Canadian Museum of History, making it hard to miss. 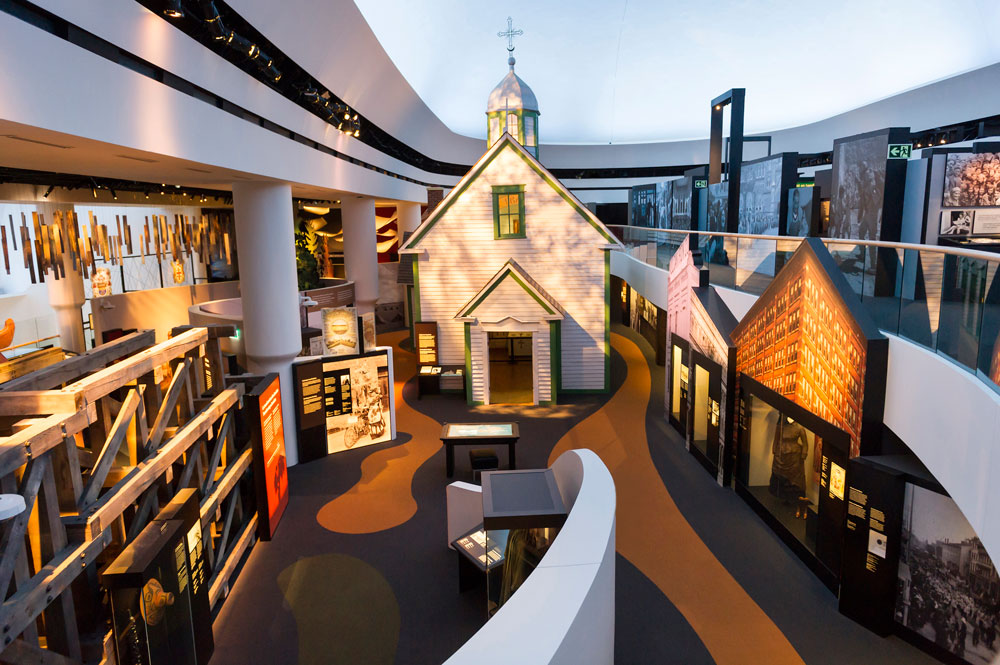 Built in phases between 1915 and 1928, and renovated periodically by the parish over the next 30 years, St. Onuphrius provided a space where Ukrainian Catholics living in the rural community of Barich, Alberta (near the town of Smoky Lake, northeast of Edmonton), could follow the devotional practices and the liturgical cycles that structured their lives. In 1995–1996, it was dismantled board by board, transported to Gatineau and rebuilt in the Museum’s Canada Hall, where it remained a consecrated, living church that helped tell the story of Ukrainian settlement on the Canadian Prairies.

During the construction phase of the new Hall, the church was the only structure left standing in the space, as it was too large to remove. Throughout the construction process, the exterior was carefully protected with scaffolding and a protective shell.

All of the artifacts — liturgical items, furniture, etc. — were removed from the interior of the church. For this step, the Museum worked closely with religious leaders from the Ukrainian Catholic Church to ensure that the artifacts were handled with the appropriate care and respect. A crucial element of this care and protection was the removal of the antymension, or antymins, from the altar in the sanctuary.

The antymins is a small, decorated silken or linen cloth with a small pocket for a holy relic. It is kept under the top altar cloth. Without the antymins and its holy relic, the Divine Liturgy cannot be celebrated, making it one of the holiest objects in a consecrated Ukrainian Catholic church. Before the construction process began in earnest, the antymins was carefully removed by a priest in a small ceremony and handed over, for care and protection, to our collections and conservation staff.

As the official opening of the Canadian History Hall approached in the spring of 2017, the Museum team worked with the Ukrainian Catholic community to determine the best way to reopen the church and the proper ceremony for reinstalling the antymins on the altar. Church leaders suggested that late September would be an ideal time, as they intended to gather at that time for an annual conference nearby. 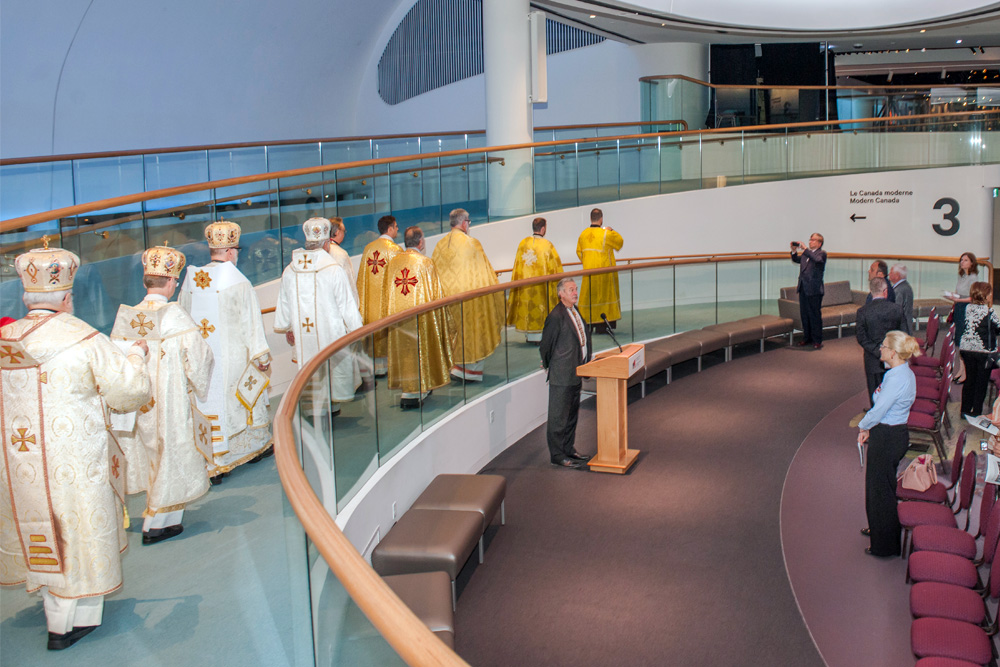 A special procession of religious clergy bearing the antymins moved from the Hub to the church at the beginning of the service. Canadian Museum of History, IMG2017-0353-0014-Dm

A special reopening service was held on the morning of September 30, attended by the Metropolitan Archbishop of the Canadian Ukrainian Catholic Church, the Most Reverend Lawrence Huculak, O.S.B.M., as well as by a delegation of bishops, priests and seminarians; members of the original parish in Smoky Lake, Alberta; and members of the wider Ukrainian–Canadian community. After a procession to the church, a special religious service marked its reopening and the return of the antymins to the altar. The service had special meaning for Archbishop Huculak — as a young priest he had attended the special final service held in the church before it was moved to the Museum in 1995–1996. 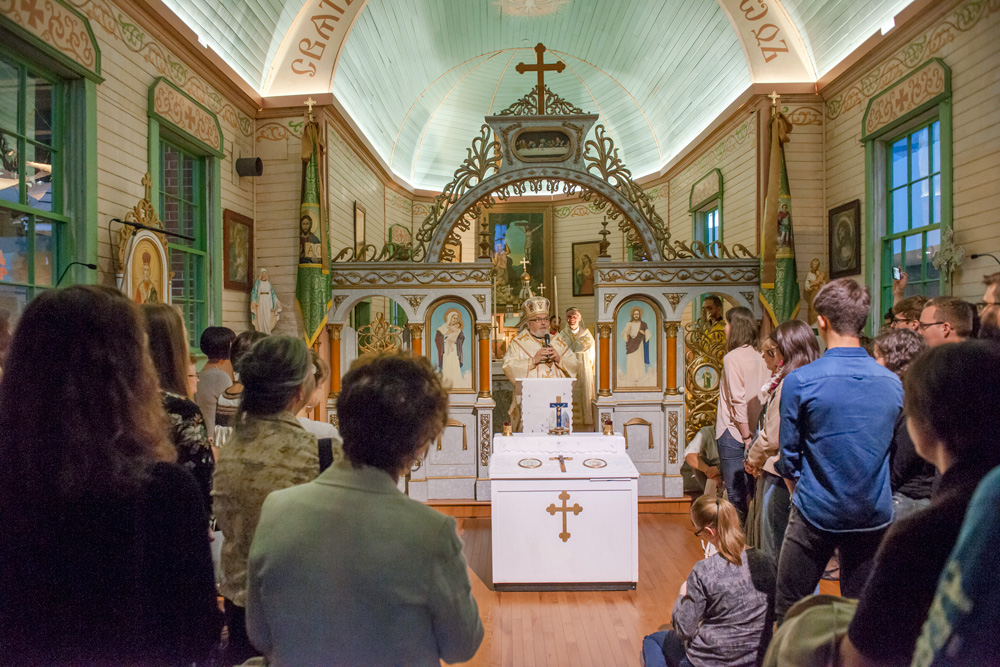 Later that day, a small wedding service was held in the church, continuing its legacy as a living artifact within the Museum, one that reflects the living faith traditions of the greater Ukrainian community in Canada.