Paying Tribute to Raymond Moriyama at the Canadian War Museum

On October 16, 2021, the Canadian War Museum proudly paid tribute to the Museum’s architect, Raymond Moriyama, in a moving ceremony attended by his family and friends. In addition to officially renaming one of its key spaces the Moriyama Regeneration Hall, the Museum unveiled an elegant tribute wall celebrating the architect and his vision. 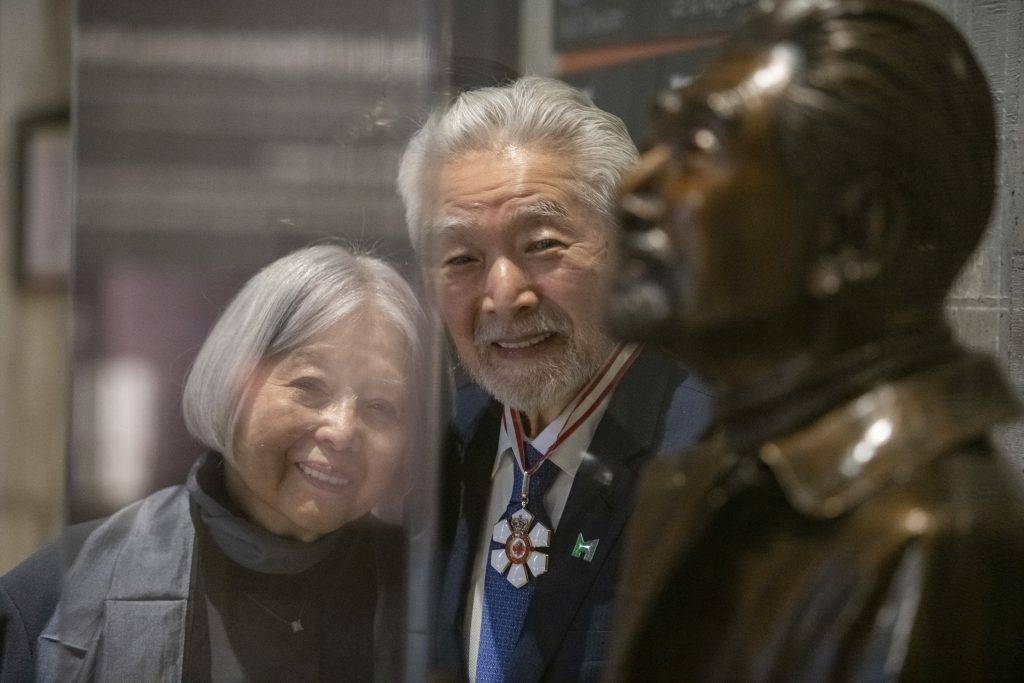 “Mr. Moriyama’s vision has given the Canadian War Museum an evocative platform for the discussion of important themes related to conflict and renewal,” says Caroline Dromaguet, Interim President and CEO of the Canadian Museum of History and Director General of the Canadian War Museum. “Nowhere is that more apparent than in the newly renamed Moriyama Regeneration Hall, which explores grief, remembrance and hope for a better world.”

The haunting and visually striking Hall is a meditation on the sacrifices of conflict, as well as humankind’s enduring desire for peace. In many ways, it also reflects the soul of the Museum and the heart of the man who designed it. “While nature may be ravaged by human acts of war,” Moriyama has said, “it inevitably survives, regenerates and renews itself.”

Moriyama is no stranger to the impact of conflict on daily life. During the Second World War, his pacifist father was arrested and imprisoned, and the family was stripped of its assets and forced to relocate to a camp in the British Columbia interior.

Moriyama’s first building project was, in fact, a treehouse he constructed as an escape from the rigours of camp life. Later turning to a career in architecture, he and his firm, Moriyama & Teshima Architects, went on to design numerous iconic and thought-provoking structures across Canada and around the world.

The Museum launched the Moriyama Tribute Campaign in spring 2021. Thanks to Jason Moriyama and Ajon Moriyama’s enthusiastic dedication in leading this campaign, we were overwhelmed with the passion and generosity of Raymond’s family and friends.

Our most sincere thanks to everyone who supported the campaign. Special thanks to Ajon Moriyama, Jason Moriyama, Mark Michi Moriyama, Murina Moriyama, Loubert and Midori Suddaby, and Moriyama & Teshima Architects for their leadership gifts.

The Canadian War Museum is honoured to rename one of its signature galleries in honour of Raymond Moriyama’s vision and his concept of what a museum of military history is all about. Reconciling the trauma of conflict with hope for the future, Moriyama Regeneration Hall will no doubt continue to affect visitors in profound ways for generations to come. 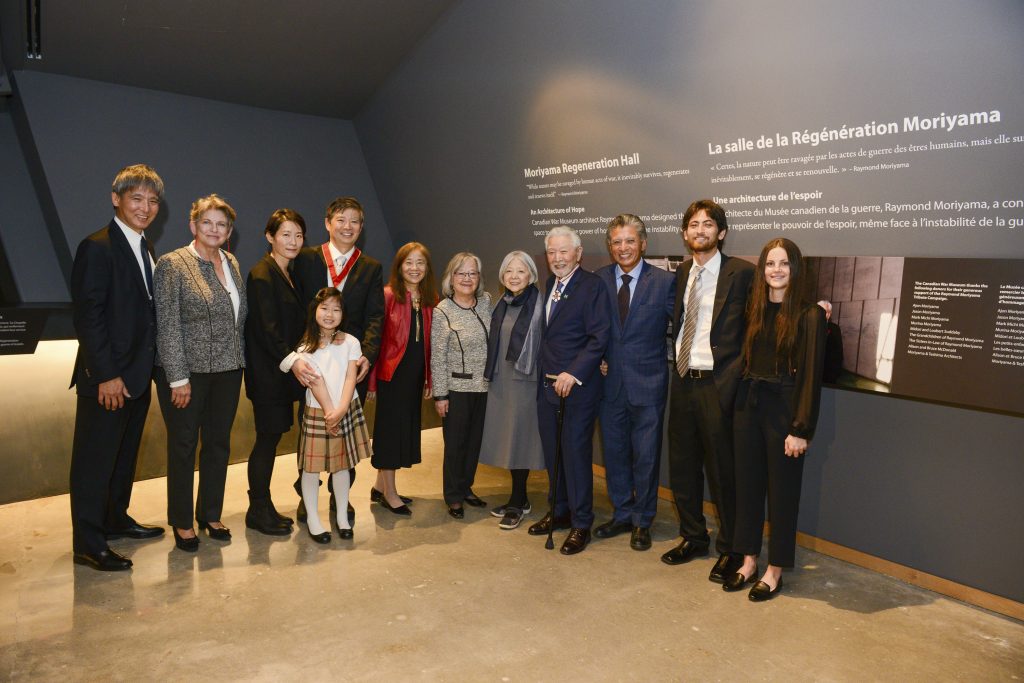