First Peoples of Canada: War clubs from the Canadian Museum of History

June is National Aboriginal History Month in Canada — a time to celebrate the heritage, cultures and contributions of First Nations, Métis and Inuit. It’s an opportunity to reflect upon the past, present and future, while raising awareness, fostering understanding and encouraging dialogue. To mark National Aboriginal History Month, the Museum is highlighting the history of the First Peoples by presenting artifacts from the national collection that tell the stories of Aboriginal cultures of the Great Lakes, starting with war clubs.

The Aboriginal populations of the Great Lakes developed complex systems of community, military alliances and spiritual beliefs, as well as distinctive decorative styles. The cultivation of beans, squash and maize was the basis for permanent villages in the Lower Great Lakes, and the economic foundation of Iroquoian societies.

The social organization of the Iroquoian societies of the Great Lakes was centred on women, and the kinship relationships between them. The agricultural fields belonged to groups of related women, as did the longhouses in which they lived. A man left his own family group to live with his wife’s family, and his children became part of their mother’s group.

While women were responsible for growing food and managing households, men were hunters, fishermen and traders. Men were also warriors, but they acted upon instructions they received from the elder women of their clans.

“Now, listen, Brother . . . you know that it has been the request of our head warrior that we are left to answer for our women, who are to conclude what ought to be done by both sachems (chiefs) and warriors. So hear their conclusion.” — Red Jacket, Seneca Iroquois Chief, 1791 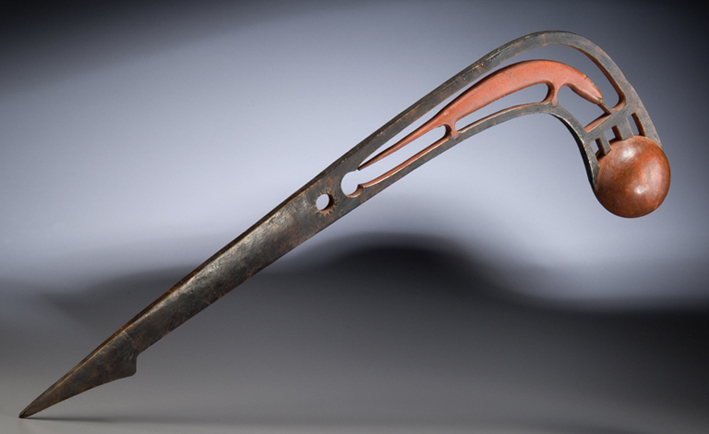 Trading and diplomatic ties between the Iroquois and Europeans brought firearms to the Iroquois warrior’s arsenal, ultimately replacing traditional hand-to-hand combat. This type of combat would, however, continue in a limited form as the Iroquois came to be recognized as both fearsome foes and worthy military allies.

After the mid-19th century, many war clubs were made for ceremonial rather than combat purposes. The Canadian Museum of History’s collection includes some exquisite examples of ceremonial war clubs made by Aboriginal peoples of the Great Lakes, some of which are on display in the First Peoples Hall. 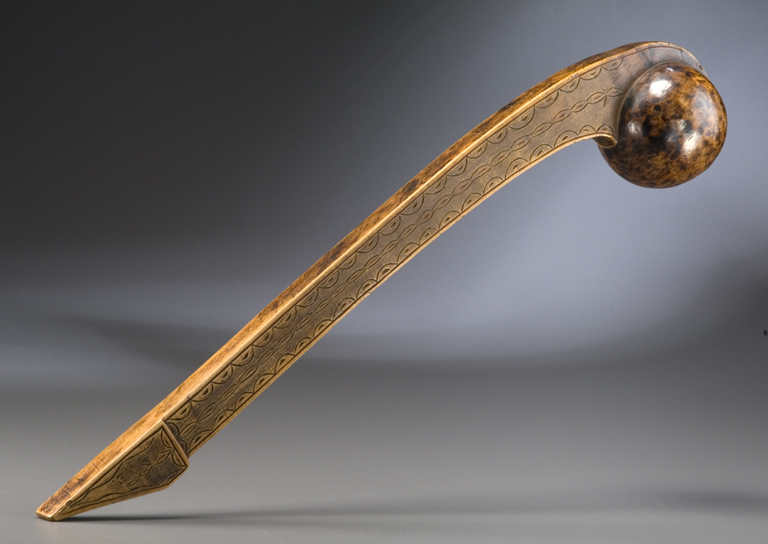 In my next post, I will continue to explore the history and heritage of Canada’s First Peoples by taking a closer look at objects made of copper from the Great Lakes region. Until then, you’re welcome to leave questions and comments below.