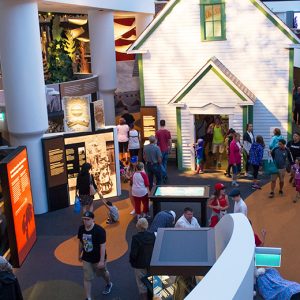 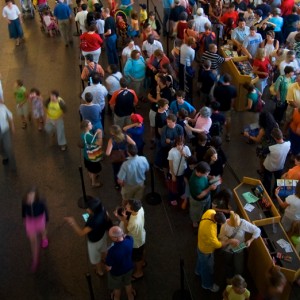 Join the ranks of an exceptional team of employees who help ensure the success of two of Canada's most prestigious and visited museums.

The Most Visited Museum in Canada

The history of the Canadian Museum of History began in 1856 with the establishment of a museum by the Geological Survey of Canada.

1832 (December)
The York Literary and Philosophical Society petitions the Legislative Assembly of Upper Canada to fund investigation of the province’s geology, mineralogy and natural history.

1845 (March)
The Province of Canada passes an act providing the GSC’s first long-term funding, and establishing its first official mandate.

1852
Logan supplies casts of animal tracks for a display by London’s Geological Society, establishing the GSC’s interest in areas other than mineralogy. Logan also writes a paper recommending a permanent museum for the Province; the museum was expected to focus on geology but include some human history material.

1854–1856
The GSC prepares a highly successful exhibit for the Universal Exposition in Paris in 1855. Also during this period, a government select committee recommends expanding the GSC’s work to include a large, well-staffed museum

1856 (May 16)
The Province of Canada passes an act which, among other things, enables the GSC to establish a Geological Museum open to the public.

1864 (June 30)
The Province of Canada passes an act making permanent provision for the Geological Survey and its work.

1868 (May 22)
The federal government declares the GSC Museum collection to be “a collection for the whole Dominion of Canada.”

1877 (April 28)
An Act of Parliament acknowledges the Geological Survey as a continuing body, making it part of the Department of the Interior. The GSC’s official mandate is expanded to include the study of modern flora and fauna, as well as ancient human history, traditions, languages and current living conditions in undeveloped parts of the country. It is also suggested that the GSC and its museum might be moved from Montréal to Ottawa.

1881 (April to May)
The GSC and its museum move to a former luxury hotel at the corner of Sussex and George streets in downtown Ottawa. The museum attracts 9,549 visitors in its first year: far more than in Montréal.

1882
The Royal Society of Canada (RSC) is established, and vows to assist in collecting specimens for a museum of “archives, ethnology, archaeology and natural history”.

1890 (May 16)
The Dominion government passes an act making the Geological Survey a department in its own right.

1896
The Royal Society of Canada petitions the federal government to build a new building for the “National Museum.” The RSC suggests that the Museum’s mandate be expanded to include industrial and artistic material.

1898
A GSC geologist publishes a survey on the state of museums and private collections throughout Canada and Newfoundland. With more than 92,000 catalogued specimens, the National Museum has the largest collection of its kind in Canada at this time.

1899
Preliminary plans are drawn up for a new museum building, although a site is not chosen until 1902.

1906
Construction of the new building begins, and is largely completed by 1910.

1907 (April 27)
The GSC becomes a branch of the newly created Department of Mines. The GSC Museum receives approval to add anthropological studies to its official mandate.

1910 (September 1)
An anthropology division (including archaeology and ethnology sections) is established in the GSC Museum with Edward Sapir as its head and first full-time anthropological specialist.

1910 (autumn)
The GSC and its museum occupy the new Victoria Memorial Museum Building (VMMB) on Metcalfe Street in Ottawa.

1911
Victoria Memorial Museum Building opens to the public. The National Gallery of Canada is given “temporary” quarters on three of the four floors in the VMMB’s east wing.

1914
The GSC anthropology division now has a full-time staff of eight.

1916 (February 4)
The Parliament Building is destroyed by fire. Most of the VMMB is allocated for use as the House of Commons and Senate. Staff of the GSC are scattered among buildings throughout the city, and its collections are put into storage.

1920
The new Parliament Buildings are occupied by the federal government, and the VMMB is refitted for its original occupants. The GSC’s anthropological and biological work is placed under the Director of the Victoria Memorial Museum. The GSC continues to occupy its share of the VMMB.

1927 (January 5)
The Governor General in Council designates the Museum Branch of the Department of Mines as the “National Museum of Canada.”

1939–1946
The federal Topographical Services Branch occupies part of the VMMB. This means closing all Museum exhibits except those on the ground floor. Some staff are lent out to other branches of government, or the military, for the duration of the war.

1959
The GSC leaves the VMMB for new facilities on Booth Street in Ottawa.

1960
The National Gallery of Canada leaves the VMMB for new quarters on Elgin Street.

1964
A History Division is established in the Human History Branch.

1966
A Folklore Division is established in the Human History Branch. The Canadian War Museum moves to the former Public Archives Building on Sussex Drive. A Science and Technology Branch is created within the National Museum.

1969
The VMMB is closed for renovations; staff and collections are moved to temporary locations throughout Ottawa.

1971 (October 19)
The Minister of the Post Office Department announces the establishment, within his department, of a National Postal Museum.

1980
The National Museums of Canada are transferred to the Department of Communications.

1982
Plans are unveiled for the construction of new buildings for the National Museum of Man and the National Gallery of Canada.

1986 (June 24)
The National Museum of Man is renamed the Canadian Museum of Civilization (CMC).

1989 (June 29)
The new Canadian Museum of Civilization opens to the public.

1990
The federal government passes the Museums Act (Statutes of Canada 1990, Chapter 3), disbanding the National Museums of Canada Corporation and creating several new corporate entities, including the Canadian Museum of Civilization Corporation (which came into effect on July 1, 1990).

1998
George MacDonald retires as President and CEO of the Canadian Museum of Civilization Corporation after 38 years in the service of the Museum.

2000
Victor Rabinovitch appointed President and CEO of the Canadian Museum of Civilization Corporation.

2011
Mark O’Neill appointed President and CEO of the Canadian Museum of Civilization Corporation.