Winter sports and Canadian history: for the love of cross-country skiing

Pair of wooden Piper cross-country skis from the 1940s. The skis were used by Denis Allard and family to deliver mail from the Fort Alexander Reservation to the Pine Falls Post Office, when a winter blizzard made the roads impassable. Canadian Museum of History, 2006.241.1 a-b, IMG2008-0568-0045-Dm

Whether you love it or hate it, winter is a Canadian reality and a season to which Canadians from coast to coast to coast have had to adapt. From time immemorial, Canada’s First Peoples have lived in close relationship to the land and, very early on, developed modes of transportation such as snowshoes and toboggans to get around. As for newer arrivals, for centuries they have had to contend with snow, cold temperatures and a climate that may be quite different from their homelands.

Snow has always influenced the way Canadians live. Look no further than our constantly evolving winter sports. Although snow sometimes slows us down in our daily activities, it is an undeniable source of pleasure to those who enjoy recreational and competitive activities such as snowshoeing, skiing and snowboarding. 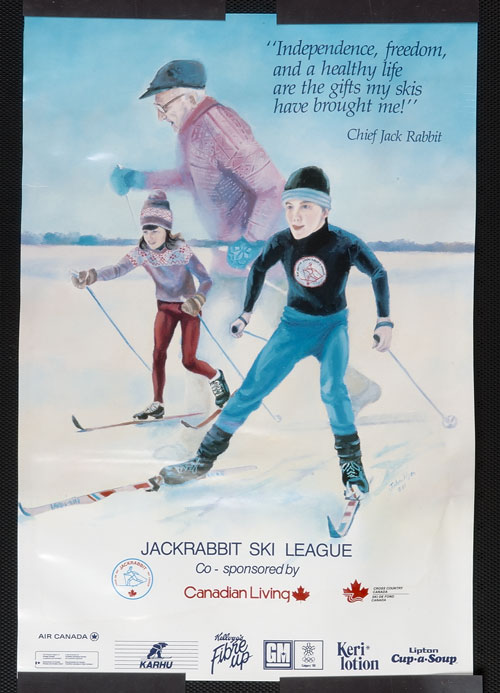 Colour poster depicting children skiing, superimposed over an image of “Jackrabbit” Johannsen, founder of the Jackrabbit Ski League. The poster also features a quotation from Johannsen: “Independence, freedom, and a healthy life are the gifts my skis have brought me!” Print of the original 1987 painting by John Ryan. Canadian Museum of History, 2005.208.7, D2006-05201

Thanks to Canada’s climate, national parks and reserves, it’s safe to say that cross-country skiing is one of the most pleasant ways to enjoy a healthy bit of exercise. There’s even an entire Museum dedicated to its history in Canada. The sport’s popularity was undoubtedly spearheaded by the legendary Norwegian-born “Jackrabbit” Johannsen, who contributed to the creation of ski hills and groomed trails throughout the Laurentians and the eastern United States. He developed new techniques, organized competitions and taught thousands of young people to love the sport. By 1967, the dynamic 92-year-old had become a living legend, and his legacy is still very much felt today. 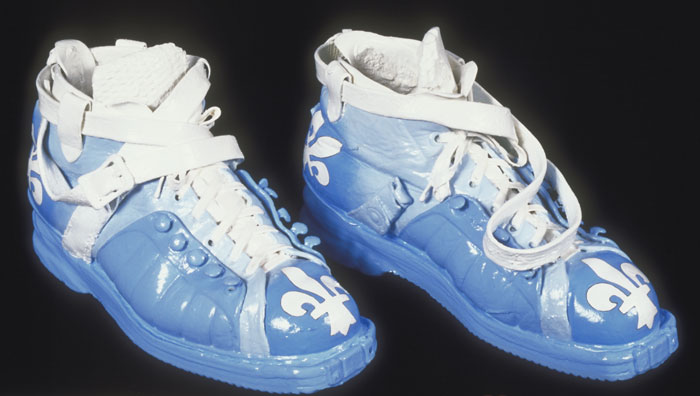 Pair of cross-country ski boots painted by Diana Durrand. The boots, which feature the fleur-de-lys, were commissioned for the Canadian Pavilion at Expo 86 in Vancouver to represent the Province of Quebec. Canadian Museum of History, 94-695.5 a-b, CD1997-0368-0060

The National Capital Region, home to Gatineau Park, is itself a winter wonderland for skiers. This month alone, fans of the sport will have an opportunity to take in the Canadian Ski Marathon, the Gatineau Loppet and several Ski Tour Canada challenges. Speaking of which, the grounds of the Canadian Museum of History will serve as a warm-up site for athletes taking part in Ski Tour Canada, and all are welcome to join us. The opening ceremonies will be held at the Museum on Sunday, February 28, and are open to the public.

Do you enjoy cross-country skiing during the winter? Is there a particular trail or park that you especially like?