The children: The greatest loss of the Empress tragedy

When the Empress of Ireland ocean liner sank to the bottom of the St. Lawrence on May 29, 1914, it dragged men, women and children of every age and social class into the river’s watery depths. A newspaper reporter described seeing the victims in Rimouski’s quayside hangar that served as a makeshift morgue: “The rich sleep beside the poor, the powerful beside the weak. The humble Pole or Russian who was starving in the streets of a Canadian metropolis sleeps beside the golden patrician . . . they are all equal.”

Equal in death, but not so in life

The 1,057 passengers travelling from Québec City to Liverpool belonged to different social classes. Those in first class included Sir Henry Seton-Karr, a British sports enthusiast and member of Parliament who was heading home after a moose-hunting holiday in Canada. Second class included upward of 170 members of the Salvation Army, en route to a world congress in London. Many of the third-class passengers were recent immigrants to Canada and the United States. For example, Arthur James Blackham, a Toronto streetcar conductor, was returning to England to fetch his fiancée. Travelling from northern Minnesota, Carolina and Egildo Braga were headed to their hometown of Turbigo in the north of Italy.

The passengers stayed in separate quarters based on their class: third-class passengers on the lowest deck, second-class in the middle, and first-class on the upper deck. When the collier SS Storstad rammed into the Empress in the dead of night — tearing a 30 square-metre hole in its side and unleashing a flood of water that sank the Empress in fewer than 15 minutes — the third-class passengers had the least chance of escape because they were on the vessel’s lowest deck. Many were trapped in their cabins and drowned below deck. 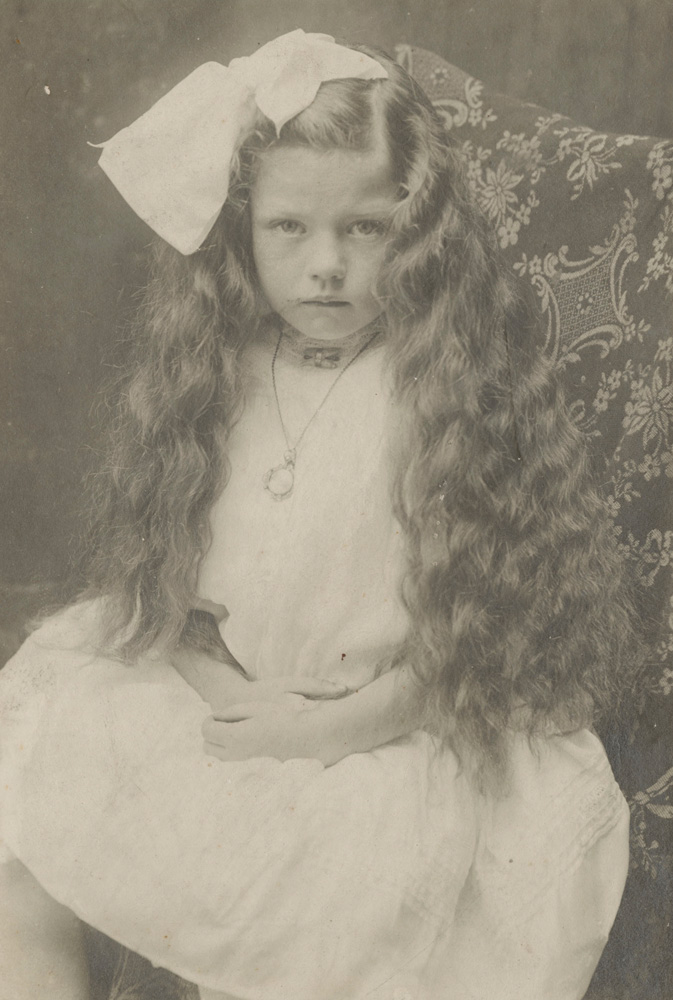 The story of Florence Lorraine Barbour

Still, the greatest loss in this tragedy was the children. Of the 138 aboard, only five escaped death. Most of the youngsters (102) were in third class. One of the survivors, eight years old and travelling in second class with her mother and sister, was Florence Lorraine Barbour. Florence’s mother (Sabena) and father (Thomas) were from Cumberland, England. They came to the mining district of the Kootenays in British Columbia shortly after their marriage in 1896. Thomas Barbour worked in and around the mines as a teamster. Unfortunately, he was killed in a work accident in May 1913.

After her husband passed away Sabena moved with her two girls from New Denver to Silverton, B.C. The following year, she decided that a visit home to her family in England was in order. They were a party of five: Sabena, her two girls and two family friends, Robert Crellin and William Barrie.

The Empress departed on May 28, 1914. That night, just hours later, Florence was saved by Robert Crellin when he burst into her room, took her on his back, made his way up on deck and dived into the water before the ship sank. Subsequently, Florence was taken to England to be brought up by her father’s family, leaving Robert out of the family loop. He was prepared to bring Florence up himself, but it was not to be.

The Canadian Museum of History has in its collection Florence’s memoir of these tragic events. In it, she expresses her desire to live out her life in British Columbia, where she was born. She wanted to be buried “in the lovely little cemetery underneath the mountains” at Silverton, along with her father and her uncle* Robert. She ends her memoir by dedicating it to the man who saved her life: “Robert Crellin who saved a little girl 8 years of age of the Empress of Ireland on 29 May 1914.”

Florence writes poignantly of her visit to Canada in 1964, 50 years after the collision of the two ships. She met old friends and Robert Crellin’s son, who gave her his father’s watch — the one he had on him the night of the tragedy. After her visit, Florence returned home to England where she passed away in the fall of 1972. She was a lucky survivor of Canada’s worst maritime disaster, but Florence would die far away from her birthplace in the Canadian mountains and her dearest uncle and father.

*A close family friend of the Barbour’s, Robert Crellin was known to the children as uncle Robert.