From the beginning, the Canadian History Hall team realized the importance of seeking advice on content development — on what we say and how we say it. This has meant a great deal of expert consultation. Two groups have been involved: community and stakeholder groups, and our expert advisory committees. I will focus here on the advisory committees; community consultation will be the topic of a future blog post.

We began with six committees, organized during the project’s first year in 2013. Each had between four and seven members, chosen for their expertise in a relevant field. Most were university professors (many being professors of history, sometimes retired, often eminent); others were Indigenous elders, leaders and scholars. There was a general committee, which looked at the overall development of the Hall’s content; three committees responsible for distinct periods in Canadian history; an Aboriginal Advisory Committee; and a Women’s History Committee. 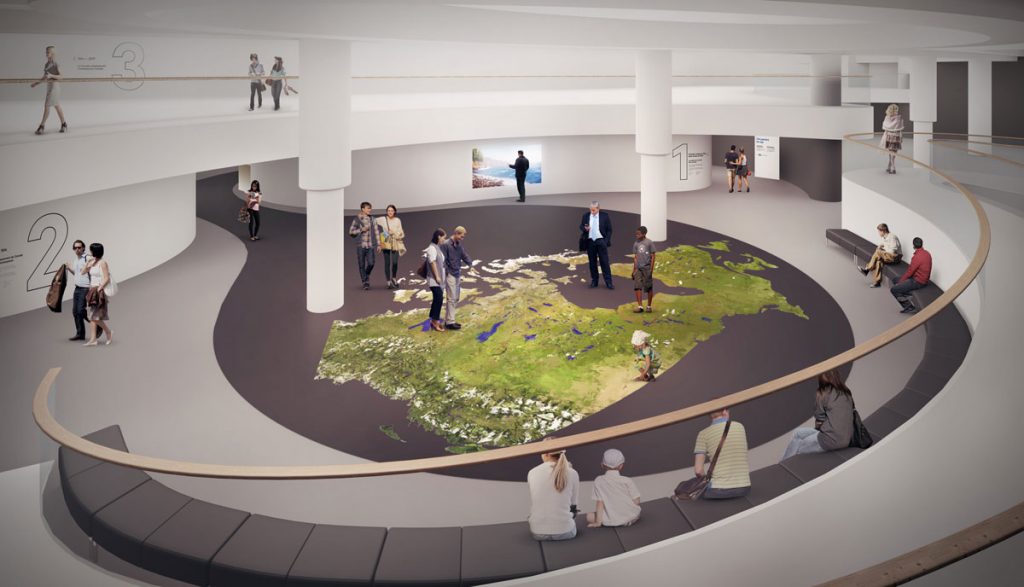 We met with these committees several times over the next year or so, sending them reams of paperwork, including research files and “blue sky” planning documents. During this period, we were working hard to find our way, to establish our storyline or narrative arc, and to choose — from amongst an almost infinite number of stories and events — just what we were going to present. Each committee was made up of individuals holding quite different, sometimes even competing, views on Canadian history (as indeed do the Museum’s expert staff). During discussions, however, we were able to hammer out a rough outline of Canadian history.

We also got a great deal of specific advice. The Women’s History Committee spoke with one voice on the importance of “gendering” history — of including women and women’s perspectives without tokenism. The Aboriginal Advisory Committee stressed the absolute importance of Indigenous history and Indigenous perspectives. All committees corrected errors and highlighted the importance of alternative views and correct language, even in planning documents, which no one else would see. This was particularly the case with Aboriginal history, the correct usage of self names (“Haudenosaunee” rather than “Iroquois”) and the need to avoid Eurocentric expressions such as “New World” (it wasn’t new to everyone).

Running six committees was an immense amount of work and, in the summer of 2014, we merged and dissolved the committees down to two, which continue today. There is a General Advisory Committee, consisting of the old general committee with one new member nominated by the women’s history committee, and an Aboriginal Advisory Committee. We have met face to face with each four times since the reorganization and, as our focus becomes clearer, we are beginning to consult on a more one-on-one basis with individual members who have expertise we particularly need.

The inception of exhibition design has changed things considerably over the past year or so. We have an external design firm — gsmprjct° of Montréal — and are working hard with them to translate our exhibition ideas into exhibition spaces. This has imposed increasing discipline on our ongoing conversations, both internally and with our advisory committees. No longer do we have apparently infinite space to develop and exhibit complex stories about our national past, or an infinitely expanding storyline to which we can keep adding good ideas. We have to refine what we’ve got, as we assemble the narrative that will form the Canadian History Hall.

The real value of advisory committees is that they provide a perfect forum for these kinds of discussions. As experts, committee members understand the field; and as outsiders, they provide new perspectives, new ideas we haven’t thought of and knowledge we don’t have. Advisory committees do just that: they advise. Responsibility resides with the Museum and final decisions are ours, but we wouldn’t proceed without them.

One response to “The Canadian History Hall: Seeking Advice from Advisory Committees”