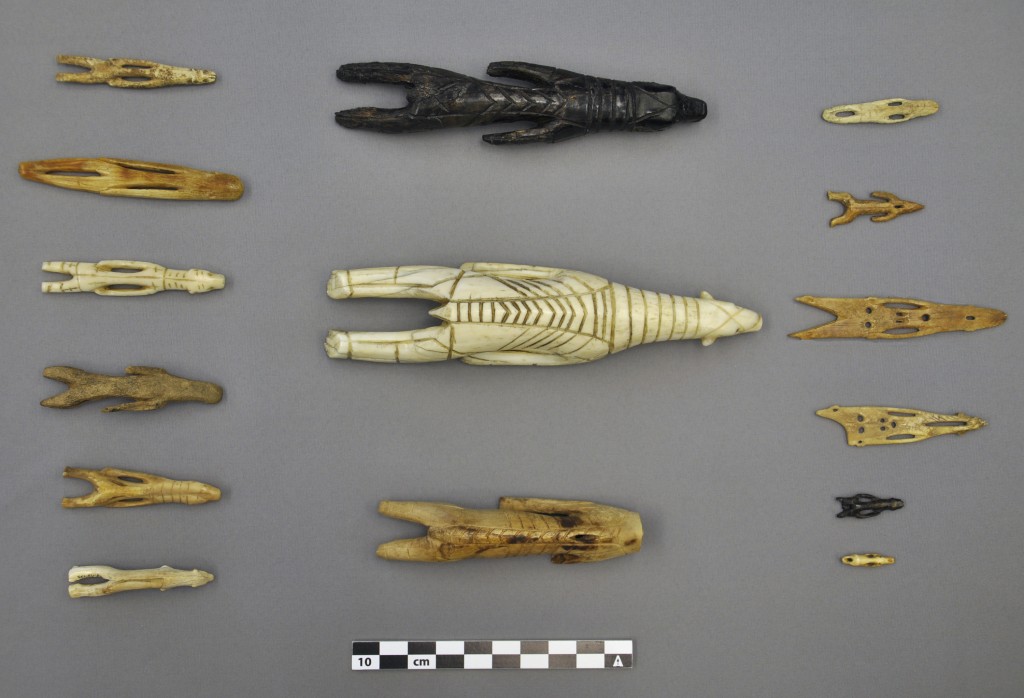 One of the most intangible aspects of archaeological research is the interpretation of spiritual beliefs and practices. This is because much of the archaeological record, especially for Indigenous Peoples in Canada, pertains to hunting, gathering and daily life. Artifacts that clearly relate to spirituality are rarely preserved and recovered. This is frustrating for archaeologists, given that oral histories describe a vibrant and rich spirituality that permeated nearly every aspect of ancient Indigenous life.

Often, when we study the ancestors of modern Indigenous Peoples, we can use their historical accounts and oral histories to project recent spiritual beliefs into the past — this is called the “direct historical approach.” While this method can be problematic (for instance, it assumes that Indigenous spiritual beliefs did not change over time), it has proven useful when critically applied. But what can be done when the ancient people we are studying have disappeared, leaving no genetic or cultural descendants?

Such a case presents itself with the Dorset, a hunting and gathering people who lived in the Canadian Arctic between 700 and 2,500 years ago. Like their Palaeoeskimo predecessors, the Dorset hunted many Arctic species, including caribou and muskox, but many sites indicate that they specialized in hunting seals. Mysteriously, they abandoned technologies and practices known to their ancestors, like the bow-and-arrow, watercraft and the keeping of dogs. They dressed in clothing with a unique high collar to block the wind and dwelt seasonally in massive communal tent structures called longhouses. 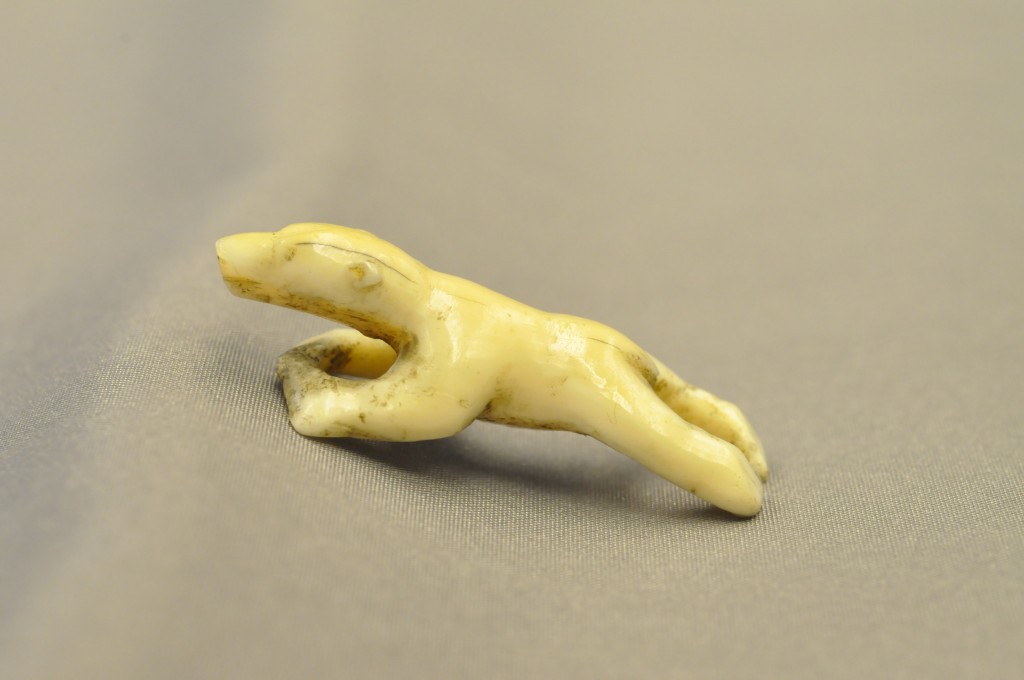 Named for Cape Dorset, where their artifacts were first identified, the Dorset are best known for their spectacular ivory, antler, wood and stone carvings depicting people, animals and hybrid creatures. Preserved by the permanently frozen soils of the Arctic, this “art” provides an unparalleled window into Dorset spirituality and their relationship with the natural world.

In addition to humans, the most frequently depicted animal in Dorset art is the polar bear, which appears in a variety of forms and poses. Hundreds of polar bear carvings have been recovered from Dorset sites all over the Canadian Arctic and Greenland.

I have been fascinated with these carvings since I began my archaeological studies at the University of Toronto in the early 1990s. Why did the Dorset carve polar bear effigies so frequently, and what did it reveal about their spirituality and conceptualization of their place in the world? 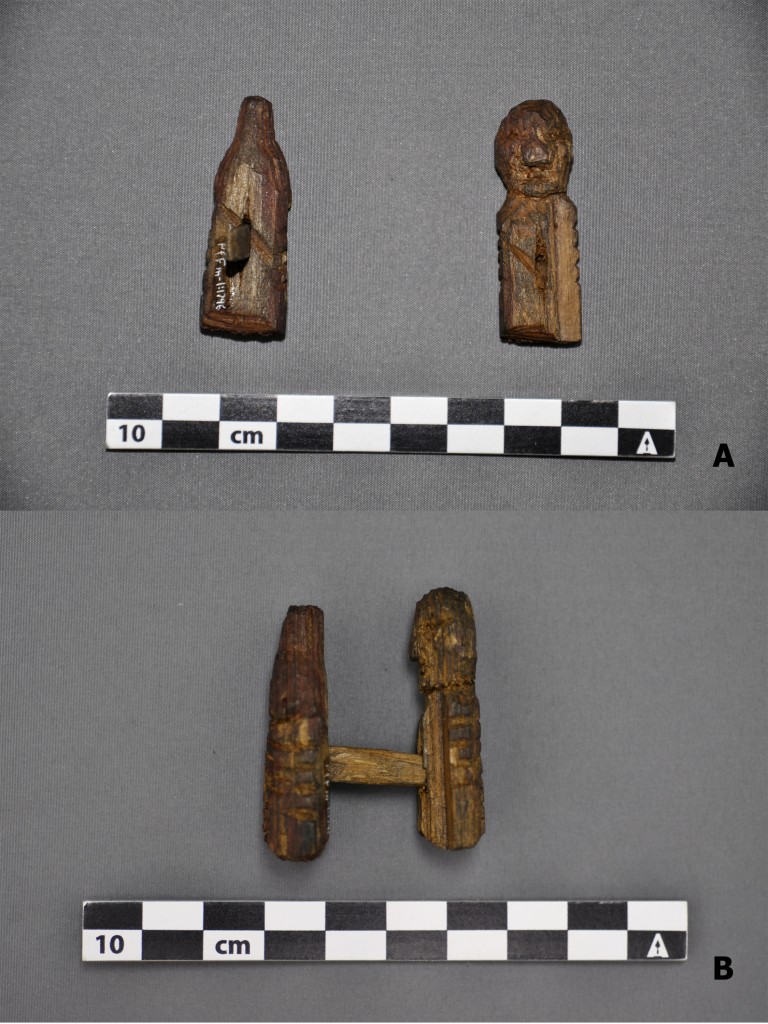 Wooden polar bear carving with an inserted sliver, next to a human carving with a incised slot. The two may have been made to be joined together. If so, they indicate a very close spiritual connection between the Dorset and polar bears. Canadian Museum of History, IMG2014-0118-0007-Dm

When I began working at the Museum in 2007, I finally had an opportunity to study the largest collection of Dorset art in the world. I looked through the Museum’s collection and noticed that the shapes and poses of the polar bear carvings repeated themselves, and that these forms often appeared to mimic behaviour I had seen in photographs of bears in the wild. Several years later, Marianne Kleist (Hardenberg), a Greenlandic archaeologist, provided additional data from collections around the world from her dissertation on Dorset art. With this expanded collection in hand, I began to hypothesize that these carvings were actually representations of real polar bears doing natural things. I speculated that if I could decode what these behaviours were, it might reveal why polar bears were so important to the Dorset.

The only problem with this line of inquiry was that I had never seen a polar bear in the wild and, while I had some ideas, I felt unqualified to interpret polar bear behaviour from the carvings. So, I reached out to Ian Stirling, one of the world’s foremost polar bear researchers. A Scientist Emeritus with the Canadian Wildlife Service, Ian was enthusiastic about participating in the project, despite his extremely busy schedule. I sent him multiple photographs of the carvings, and he quickly determined that the Dorset were depicting polar bears in natural poses — and, moreover, that almost all of the art showed polar bears in hunting stances related to stalking and hunting their preferred prey, seals.

These insights were novel because previously the polar bear carvings had been interpreted as portraying bears in fantastical poses, representing “spirit” bears moving between spiritual realms. Some had even been interpreted as “flying bears.” What did this new information mean for the interpretation of Dorset spirituality? 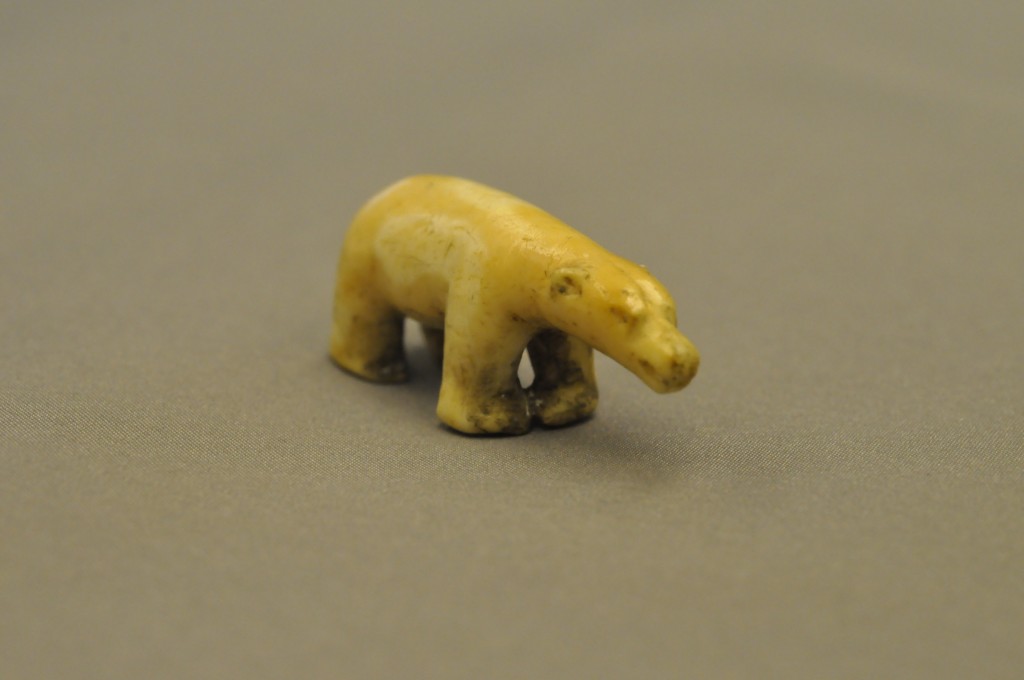 We began to explore this by considering what the Dorset were actually doing when they observed and encountered polar bears. While the Dorset exploited a broad range of animals, many of their sites indicate that they spent much of their time seal hunting at ice leads — in the very same habitat where polar bears preferred to hunt seals. The Dorset were observing polar bears hunting seals, at the same time and in the same way that the Dorset themselves were pursuing seals.

I believe the polar bear effigies may have been used to remind and teach the Dorset the proper methods of hunting seals — using stillness, stealth and cunning. The carvings may also have been used in a ceremony to draw hunting prowess from the effigies and the polar bears they represented, to increase the hunter’s chance of success.

But I think it is possible to reveal an even deeper meaning in the polar bear carvings. Polar bears and the Dorset shared a way of living at the ice edge, hunting seals. Perhaps the polar bear became a way for the Dorset to think about and symbolize their place in the world. In effect, by making the carvings, the Dorset signalled “This is who we are.”