Research project on my community of origin, the Ekuanitshit band

My name is Lydia Mestokosho-Paradis, and I am a member of the Innu nation. For the past 8 months, I have been doing an internship with the Canadian Museum of History, as part of the RBC Aboriginal Training Program in Museum Practices. I have had the opportunity to work with national professionals in areas such as research, visitors’ experience, planning and preparation of exhibits and collections.

In preparing a research project on my community of origin, the Ekuanitshit band (Mingan), I discovered many artifacts, audio-visual archives, textual documents, books and photographs on the topic. I also came across a book in the Museum library entitled Chroniques de chasse d’un Montagnais de Mingan, Mathieu Mestokosho edited by Serge Bouchard. This was an amazing find, since it contained a photo of my great-grandparents taken by William F. Stiles of the National Museum of the American Indian. 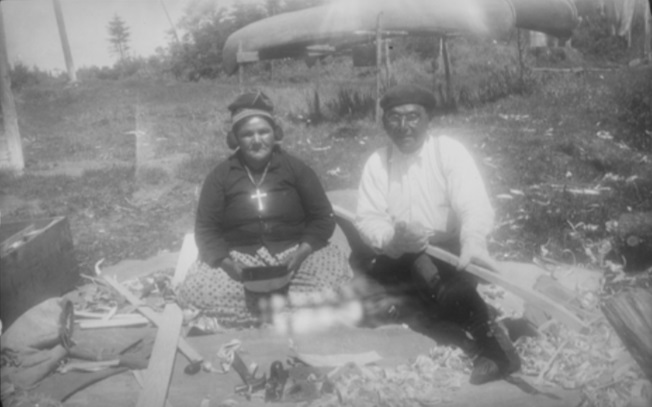 Damien Mestokosho and his wife Agathe building a canoe. Photo taken in Mingan in 1952 by William F. Stile. National Museum of the American Indian, Heye Foundation

My research led me to an article on the website of the National Museum of the American Indian in Washington, DC, which said that my grandfather Thommy Mestokosho (son of Damien Mestokosho in the above photo) and William F. Stile were good friends and continued to correspond between 1963 and 1968. Staff at the Washington museum were very helpful and sent me a copy of all the letters written by my grandfather, and it was my great pleasure to share them with him. Below is the photo that was posted with the article. 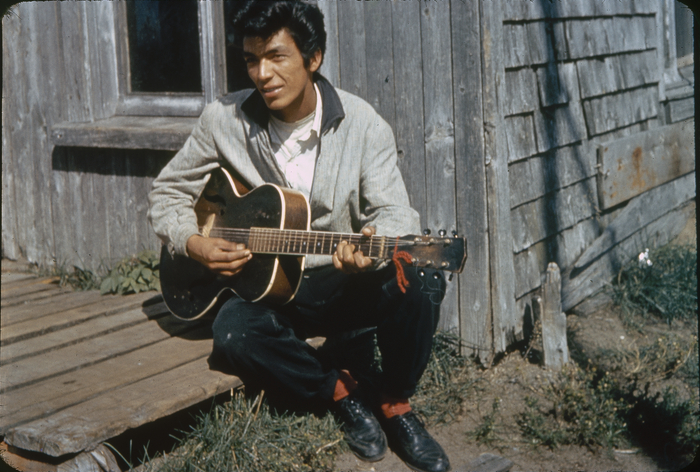 Also, the audio-visual archives at the Canadian Museum of History gave me a chance to listen to my four great-grandparents, who were recorded during language training. Although they were only repeating a few words in Innu to show the different pronunciations in Aboriginal communities, it was a magical moment for me! I was able to see how our ancestors spoke compared to today’s generation. Also, the archives of textual documents contain several hand-drawn maps of Ekuanitshit, which I found very interesting, because now I can find the gathering locations on the maps that the elders spoke of in their stories.

Thanks to all of the items that I found within the Museum’s resources, a series of projects will potentially be launched in my community: a room for the preservation of the artifacts found in my region, a collection of maps of the reserve, a photo album of our ancestors, language activities and much more.