Remembering the “Also-Rans” of the Great Flag Debate

The Canadian Museum of History is marking the 50th birthday of the Canadian flag with a display that shows how politicians, graphic designers and ordinary Canadians contributed to the iconic maple leaf design. The display features a number of flag proposals, but the Museum’s collection includes some additional prototypes that didn’t make the cut.

Even before the Great Flag Debate of 1964, Canadians submitted thousands of flag designs to the government for consideration. Most of these were rough sketches, but some proponents believed so strongly in their designs that they had full-size cloth versions produced.

One of the most popular designs was promoted as early as the 1940s by the Ligue du drapeau national and the Native Sons of Canada. The Native Sons distributed thousands of these flags to encourage the design’s adoption as the national flag. Most versions were printed on nylon, but the Museum’s example was hand sewn by Stella Dent, probably during the 1950s. 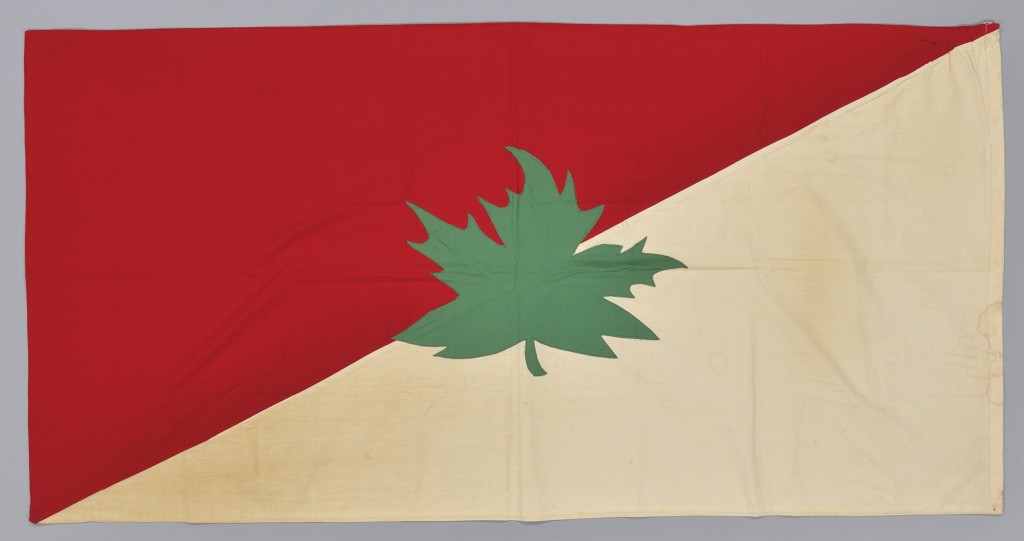 The designer of another proposed flag in the Museum’s collection is a mystery, but the symbolism of the flag is clear. The red, white and blue cross motif suggests the British flag and some pre-revolutionary French flags, while the American flag was likely the inspiration for the 10 stars, which represent the 10 provinces. This design — perhaps this very flag — appears in a photograph of the parliamentary flag committee’s deliberations. Can you spot it? 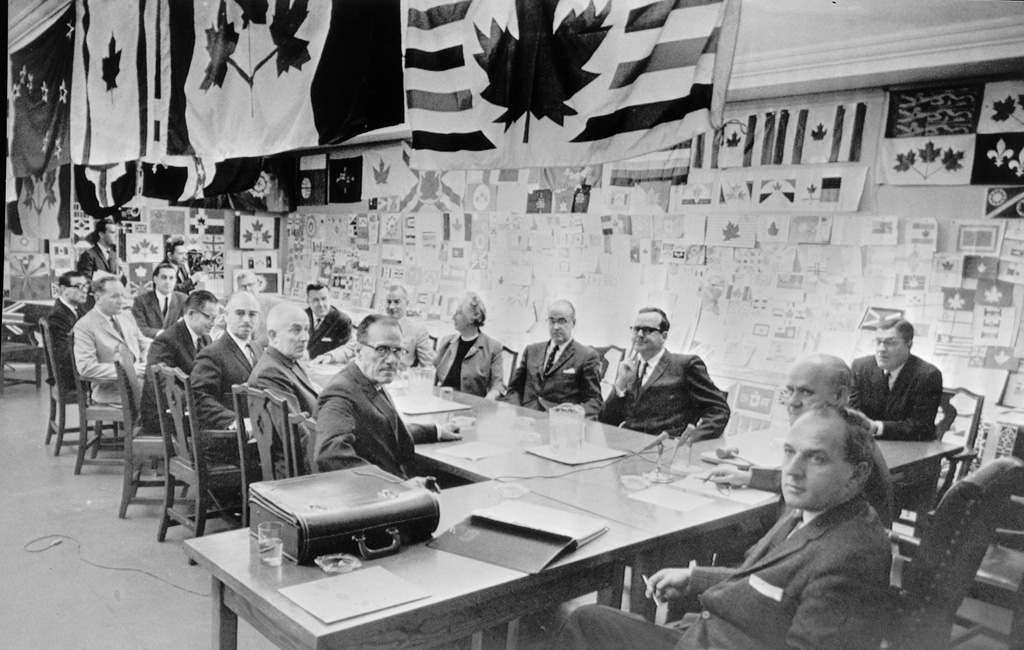 George Bist’s design was remarkably similar to the flag that was ultimately selected, but it had blue stripes rather than red ones. Reid Scott, a Toronto MP on the flag committee, strongly favoured this design. Like the paintings in the flag anniversary display, the Museum’s example of this flag was used as a prop during the committee’s deliberations. It illustrates mounting support for a simple, single maple leaf design. 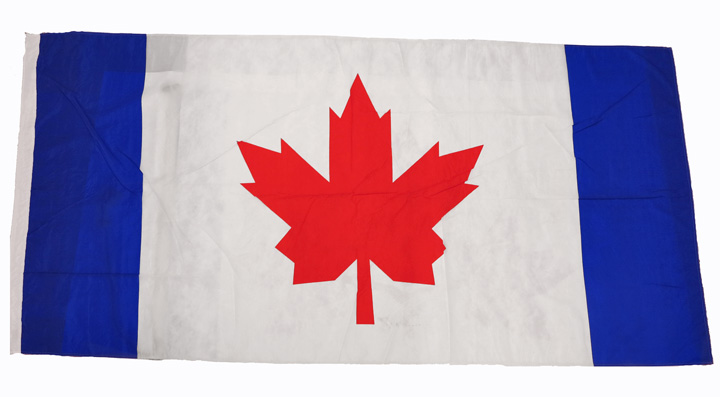 As our display on the design of the Canadian flag shows, the committee’s challenge was to find a simple but meaningful symbol for Canadians. So how do these forgotten contenders stack up next to the winning design? They all feature the maple leaf, a popular Canadian symbol long before 1965. However, they are also more complicated than the final selection. Each uses at least three colours, and the maple leaves are more detailed and more difficult to recognize at a distance than the final 11-point version.

Nevertheless, these proposed flags do tell us something about the patriotic enthusiasm of their creators and the way the flag debate energized Canadians. If you had to pick one of these three flags, which would you choose?