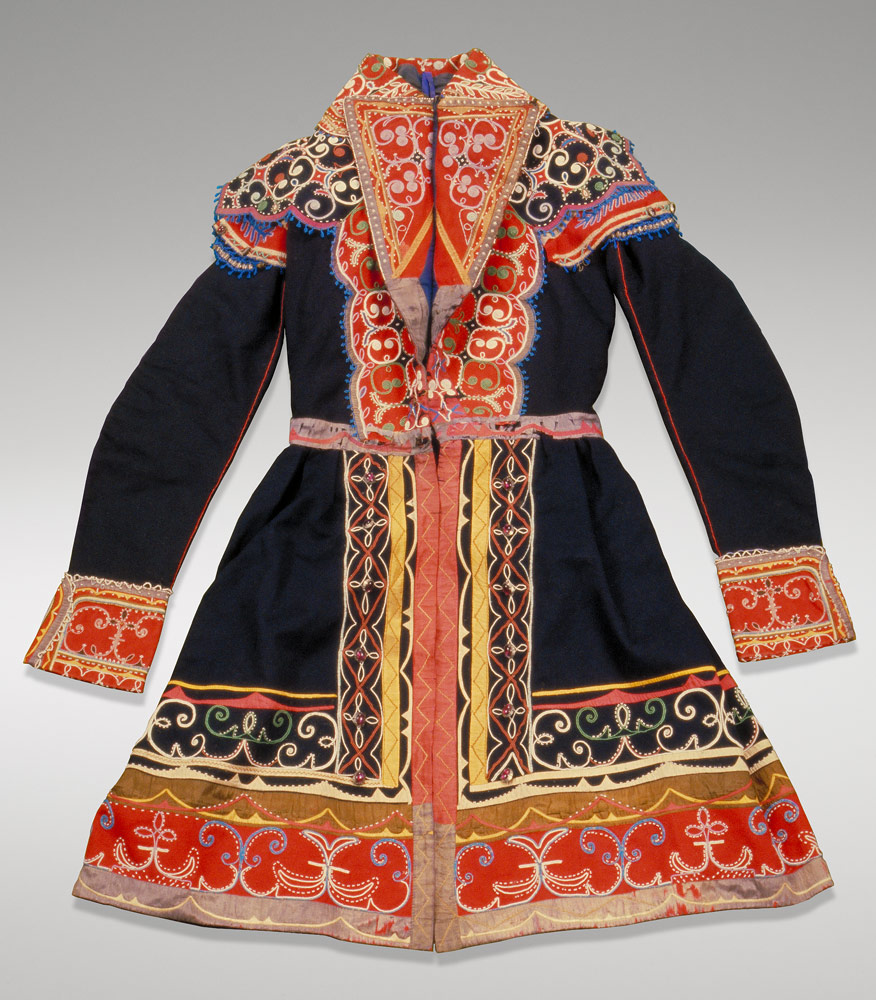 During his service in British North America, Captain Henry Dunn O’Halloran, of the British Army’s 69th Regiment of Foot, was officially stationed in Halifax, but spent most of his time in New Brunswick. O’Halloran was made an honorary Mi’kmaq chief by the “Miramichi Indians” in a public ceremony on the banks of the Miramichi River in 1841. At that time, he was presented with a complete outfit, which includes this coat.