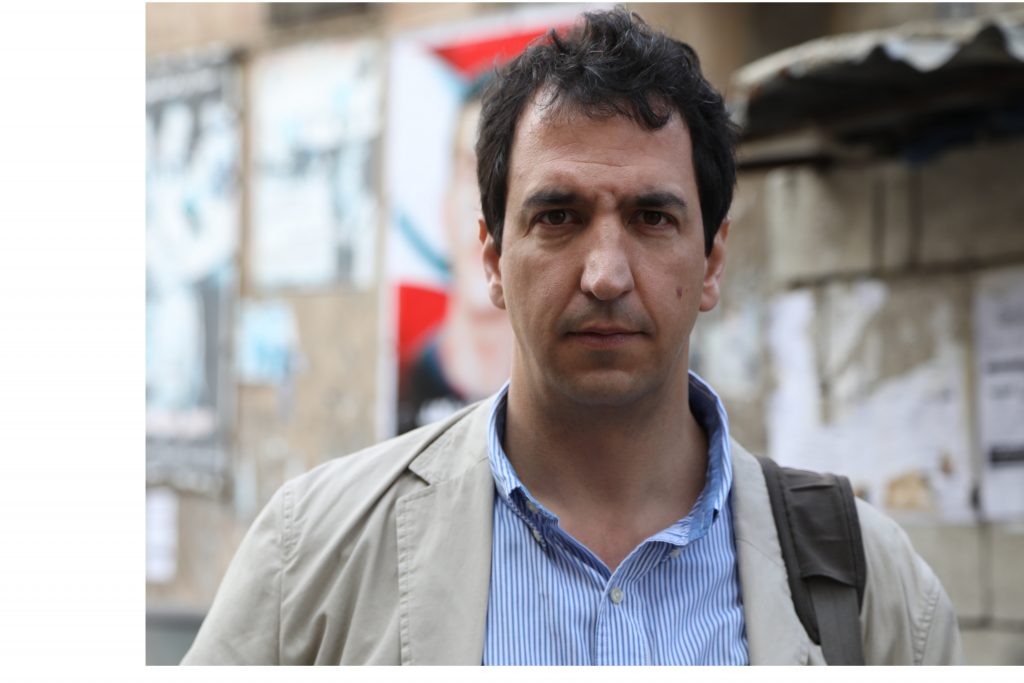 You joined the War Museum in January to head up the project, In Their Own Voices: Stories From Canadian Veterans and Their Families. What attracted you to this project?

I’ve been fascinated by the War Museum since childhood. Just the other day, I was wandering the galleries, and was reminded of artifacts that had first seized my imagination when I was 10 years old. Working at the War Museum in any capacity is a wonderful opportunity; however, this project in particular seems like a perfect fit for me personally, because of my background as both a historian and journalist.

Journalists often say that what they do is “history in a hurry,” and I think that’s true. But it’s also true that history — good history — is journalism slowed down. It’s a chance to tell compelling stories with depth and detail. A big part of telling the story of Canadian veterans involves talking to them and hearing what they have to say.

How do you see this project unfolding over the next few years?

The backbone of this project is the oral history interviews we’ve already begun. We’ll be interviewing hundreds of veterans, from the Second World War to the present day. We’ll also dig into other sources, from memoirs to academic analyses, to fiction and poetry, to uncover the veteran experience. And we’ll share what we find through a digital portal allowing Canadians to explore veterans’ experiences online.

Capturing the voices and stories of veterans adds to our understanding of the impact and influence of veterans on Canadian society. Why is that important?

We often overlook how much veterans have influenced Canadian society — from veterans of the of the Duke of Wellington’s Peninsular Campaign who settled in Ontario and Quebec in the early 1800s, to Chinese Canadian veterans of the Second World War who believed their service in Canada’s armed forces would compel Canada to give them full citizenship.

Oral histories are a special source for historians. They don’t tell the whole story, but they often reveal elements of a story that don’t show up anywhere else.

What makes this different from other oral history projects?

Many military oral history projects limit their scope to a particular conflict or period. This project is more concerned with what happens when veterans transition back to civilian life. This is an under-examined aspect of Canada’s history, but a rich one. This project is also unique because we want to speak with veterans’ loved ones. The impact of war and service can ripple beyond those who fight in wars or serve in the armed forces, even across generations, and we want to learn more about that.

You’ve had a fascinating career and worked as a journalist for more than 20 years. Can you share some highlights, especially from your work as a foreign correspondent?

I was a young intern at the Ottawa Citizen on September 11, 2001. I somehow convinced the paper’s editor to send me to Afghanistan. I’ll never forget crossing the Amu Darya River, which separates Afghanistan and Tajikistan, in the middle of the night later that fall. Alongside other journalists, Afghans preparing to fight the Taliban, and other men whose purpose I can only guess at, I was quietly towed across the river on a floating barge, as tracer bullets and rockets lit up the sky and the dull boom of explosions rolled over nearby hills. It launched my career as a foreign correspondent, and was the beginning of my deep affection for Afghanistan, which hasn’t abated. It was also the first time I experienced war — something I’ve been researching and trying to understand ever since.

In Their Own Voices: Stories from Canadian Veterans and Their Families is generously supported by The A. Britton Smith Family, Azrieli Foundation, Arthur B.C. Drache, C.M., Q.C. and Judy Young Drache, The Royal Canadian Legion, Legion National Foundation, Friends of the Canadian War Museum, and individuals from across Canada.