Besides a freshly pressed orange, is there anything that smells better than a fresh off the press archaeological monograph? A very personal opinion you will say, but please let me share my enthusiasm about Dr. Matthew Betts’ new book, Place–Making in the Pretty Harbour: The Archaeology of Port Joli, Nova Scotia.

This is the 180th book in the archaeology branch of the Mercury Series, one of the pillars of the Canadian Museum of History. In 1972, the first book of the Mercury Series was published by William E. Taylor Jr., a black and white typewritten book. It was followed by more than 485 volumes in Canadian history, culture, archaeology and ethnology over close to half a century. 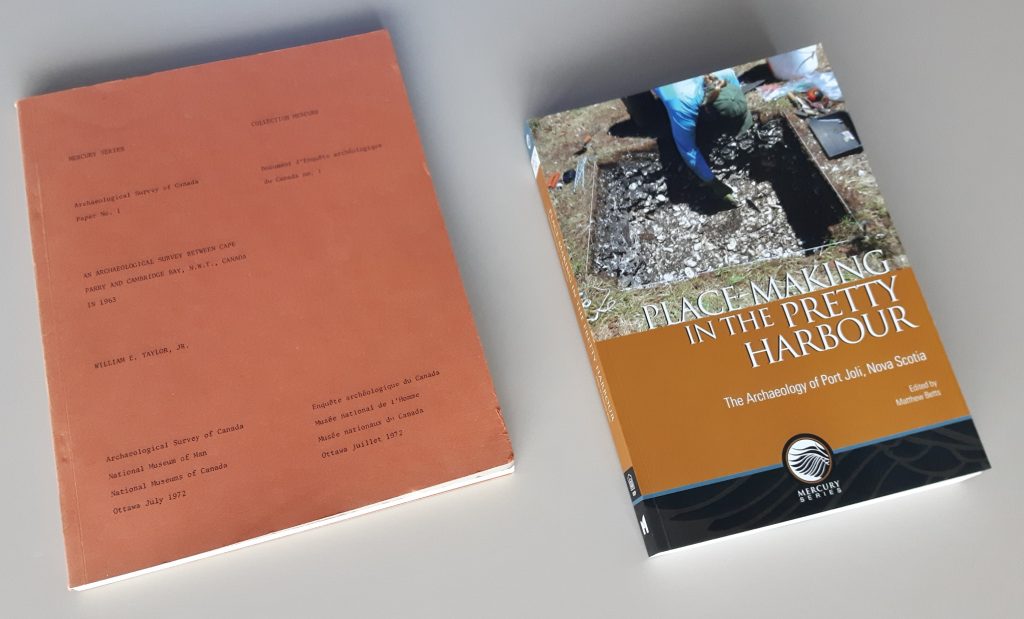 Left: The first book of the Mercury Series published in 1972. Right: Place-Making in the Pretty Harbour, the 180th book in the archaeology branch of the Series.

Yes, as the proud editor of the series, I admit that I cannot be considered an impartial critic. But it is worth saying that over time the collection has gained in physical splendour to become a full-colour high–resolution printing. It has also gained in quality, transitioning from publications aimed at rapid release to full peer–reviewed editions with the highest academic standards. The series also offers many other advantages, such as providing help in obtaining copyright for the use of images, promotion strategy and international visibility. This is an important consideration for authors aiming to achieve the highest possible success with their new manuscript. 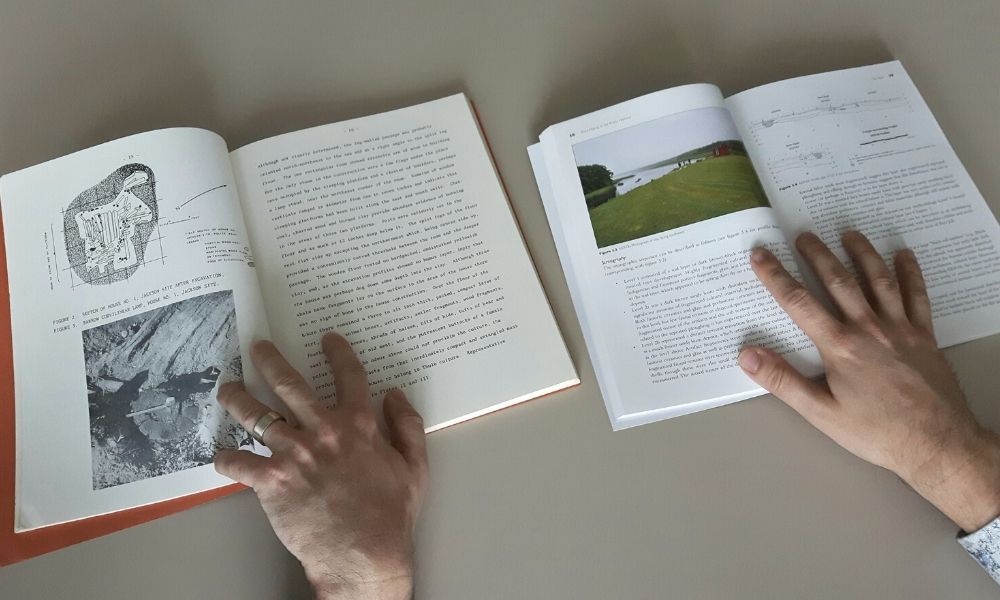 Sadly, monographs presenting all aspects of a project in a single volume have often been lacking in archaeology in favour of short papers disseminated in a wide range of journals. Dr. Betts wants to invert this trend by gathering a great number of specialists around the Port Joli archaeological project in Nova Scotia.

For more information, see this video.

This place is known as Emsik by the Mi’kmaq, and Dr. Betts’ book honours their great history and long relationship with coastal resources. Shell middens as well as subsistence based on animals and plants constitute central elements of the book, which also includes stone and bone tools, and architecture. Throughout the book, the focus is clearly on the people and the aim of the project was much more than to simply produce a book.

“It has been a rewarding experience for my community to both teach and learn from Matthew and his team members over the years of work at Emsik. This is a very special place to us and our ancestors, because of the resources and legacy we enjoy here, but it is also a special place for archaeologists because of the rich and abundant stories available from the sensitive and unique features here, many preserved in the shell middens of our ancestors’ meals.…”

“The E’se’get Archaeology project was a valuable experience for Acadia First Nation and our community members. Matthew opened multiple opportunities for us to actively participate in the process of archaeology and to help present the project and our heritage to the broader community; which is an important change necessary in the discipline of archaeology today.”  Chief Deborah Robinson, Acadia First Nation, 2019

The book also discusses a darker side of merciless reality: the disappearance of Canadian archaeological heritage through the acceleration of coastal erosion that is destroying not only the coastal sites on the Atlantic, but also other archaeological sites throughout Canada.

“The unrelenting forces of coastal erosion, development and collecting continue to assault these irreplaceable resources, and it is essential that we renew and intensify efforts to locate, salvage and investigate the few remaining undisturbed shell midden sites.”  Matthew Betts, 2019

In consideration of this problem, Dr. Betts is motivated to act, and to act fast. Therefore, he is working at creating a pan-Canadian project, but this is another story — you will hear about it in the years to come!

To learn more about the Mercury Series, go to press.uottawa.ca/series/french-and-canadian-studies/mercury-series.html.

To learn more about Matthew Betts’ book, go to press.uottawa.ca/place-making-in-the-pretty-harbour.html.

Praise for Place–Making in the Pretty Harbour:

“The high point of my self-isolation, so far, has been reading Place–Making in the Pretty Harbour. It is absolutely the best and most important book-length work on Maritime archaeology that has been published in decades… It has been exhilarating to read a work that emphasizes academic interpretation, pays appropriate homage to the work of avocational archaeologists, and raises the bar dramatically in terms of engagement between archaeologists and Aboriginal People.” David W. Black, Archaeologist and Honorary Research Professor, Department of Anthropology, University of New Brunswick, May 2020

Dr. Pierre Desrosiers is the Mercury Series Editor and Curator, Central Archaeology at the Canadian Museum of History.