Creating a History of Canadian Children’s Television: Belonging and Inclusion

From Pépinot to Paw Patrol® – Television of Our Childhoods takes a nostalgic, emotional, historical and reflective look at 70 years of Canadian children’s programming. In the exhibition, visitors discover television’s educational role, such as helping children prepare for school and manage their emotions. Visitors immerse themselves in imaginary worlds and rediscover favourite characters from their childhoods.

The exhibition also lifts the veil on values and attitudes from earlier eras; content that is sensitive and sometimes offensive. This includes clips from programs that would not be appropriate today — but which merit being examined to document the history of children’s TV candidly — and clips that are sometimes stereotypical, including sexist and even racist content. The following questions arose for the team in the process of creating the exhibition: how could these clips be included to better understand their connections to inequality, exclusion and intolerance in the history of Canadian society, without harming those who have suffered and continue to suffer these injustices? How should we deal with this content transparently, even though it is potentially painful for our audiences?

First, we made the conscious decision to address these less-appealing aspects towards the end of the exhibition, after visitors have absorbed the broader context of the programs. Second, we wanted visitors to be able to select, individually and at their own pace, the content they wished to view. We wanted to offer an audiovisual format that contextualized these representations and did not neglect to address their impact. 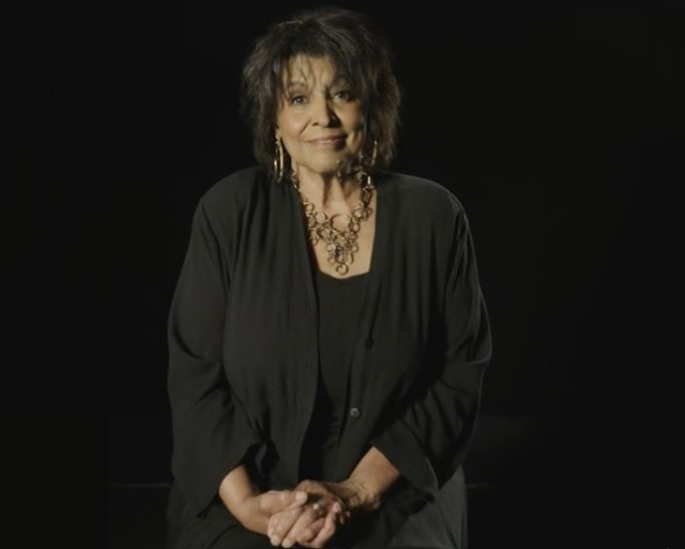 “For those of us who are marginalized, it’s really important for children to see us as individuals, not lumped together and stereotyped in a group. To see all of us, to bring our complete selves . . . and to build belonging.”

Most importantly, we incorporated into the very structure of the exhibition’s development, collaborators who we enlisted for their expertise and experience:

We also worked with others who could bring additional nuance to the content, including colleagues and speakers — such as Xavier Gould, a multidisciplinary queer Acadian artist, and Suzanne Pinel, Franco-Ontarian teacher, singer and host of the program Marie-Soleil — whose contributions were essential. 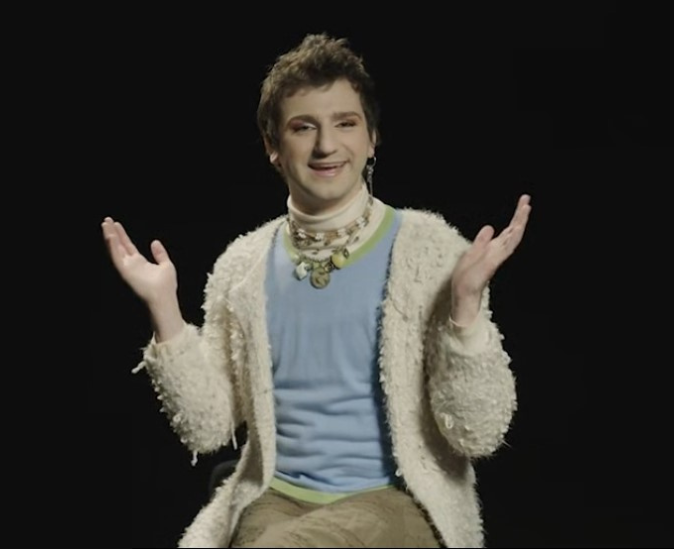 “What’s missing are the actual queer and trans people on screen . . . The kids are ready. They are smart enough — emotionally smart enough — creative enough, they are open-minded enough, to receive that . . . Because at the end of the day, those people exist out there.”

Giving a voice to our partners

These contributors helped develop short documentaries on various topics, including the representation of persons with disabilities, gender identity, Indigenous children’s programming, racialized minorities, and language and identity. During virtual meetings, we discussed with them what they wanted to talk about, what was important to them, and what they wanted to highlight for visitors. These contributors worked with us on selecting the program clips to present, how to show them with sensitivity, and on scripting and editing. In other words, they had the opportunity to have their say at each stage. In addition, they also appear on screen being interviewed, discussing particular clips from different eras. They react, in a scripted or spontaneous way, with comments that illustrate the values and attitudes of each era. 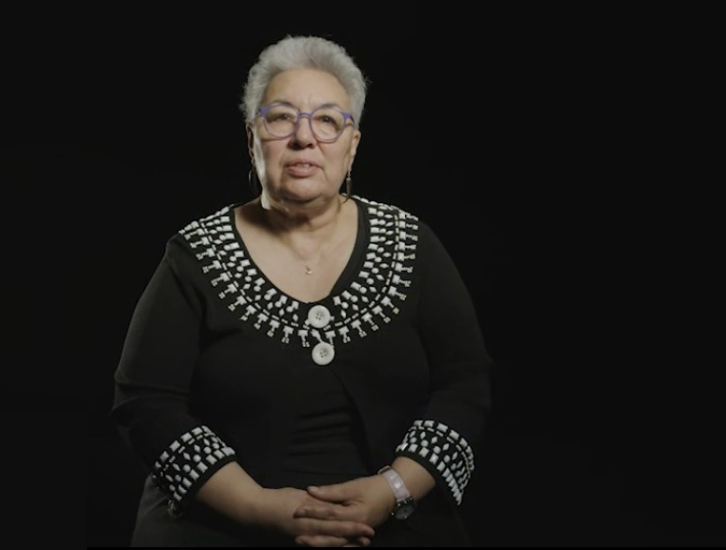 “With Takuginai, Inuit children identify with what is happening . . . it’s their environment, it’s their principles, it’s people talking in their language. This program has shown children that they have a lot to be proud of.”

These meaningful exchanges with experts, both behind the camera and on screen, greatly enriched the exhibition. No longer was it the “neutral” voice of the Museum that was featured, but rather the more vibrant and dynamic voices of our contributors. They look us straight in the eye and talk about happy and not-so-happy memories of watching television as children; about the fact that people like them were often absent from the screen, invisible, or lumped into a stereotyped group. Our partners contextualized and reframed the more difficult clips, humanizing them and showing the personal impact of racism, exclusion and intolerance. That’s not an understatement. 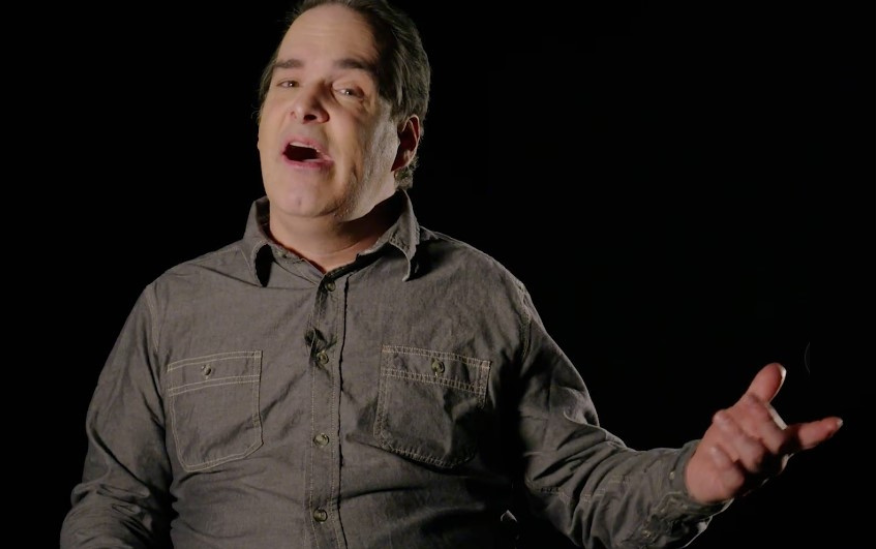 “You have to show diversity. You have to show that we are brilliant, that we’re cool, that we laugh . . . a child’s universe is full of fantasy. I can be courageous, I can be a superhero, too.”

Rather than passively endure these injustices, these individuals have articulated actionable steps forward, including the importance of representation and genuine inclusion of marginalized minorities in television production structures and on screen. They are role models for all of us. Hopefully, these people will inspire you to take action for a better world! 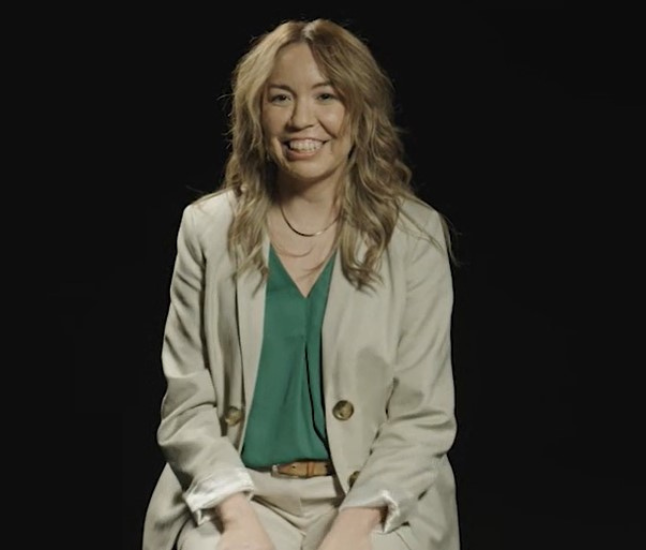 “I feel like we are living in a really interesting time when there are probably a lot of communities, like Kahnawà:ke, creating their own productions . . . There are so many great Indigenous programs with high production values that are grabbing the attention of children.”

Explore 70 years of Canadian children’s television by visiting From Pepinot to PAW Patrol® – Television of Our Childhoods, on display at the Canadian Museum of History until September 1, 2023, or by purchasing the souvenir catalogue.

Olivier Côté, Claire Champ, and Carolyn Lecorre are part of the multidisciplinary team that collaborated to create the exhibition.

Olivier Côté is the curator responsible for media and communications at the Canadian Museum of History. A television historian, he is particularly interested in children’s programs. For the exhibition, he worked to identify the must-see programs. He did the preliminary research on clips, objects and images for the exhibition, and wrote the first draft of the exhibition texts.

Claire Champ is a creative development specialist at the Canadian Museum of History. Her work focuses on creating engaging experiences for visitors in exhibitions.

Carolyn Lecorre is a media producer at the Canadian Museum of History. Filming, editing, directing, coordinating, producing — these are all the hats she wore to create this exhibition.