During the 1600s and 1700s, New France evolved into a permanent agricultural society. The settler population rose dramatically following the arrival of the Filles du roi. Between 1663 and 1763, some 10,000 men and women settled in the St. Lawrence Valley. Most came from northern and western France, from the provinces of Normandy, Île-de-France and Poitou. Although some newcomers settled in towns, most settled in rural areas.
Catherine Moitié arrived in 1663 at the age of 14. She worked as a servant in the home of Charles Le Moyne, in Montréal. In 1667, Catherine married fellow servant Désiré Viger. They had 10 children.
By 1681, the family owned nine cattle and farmed about 2 hectares of land in the seigneury of Boucherville, near Montréal. Within five generations, Catherine had more than 600 descendants. Today, millions of North Americans count one or more Filles du roi among their ancestors.

Click on the objects below to learn more about Catherine Moitié and the lives of these early settlers. 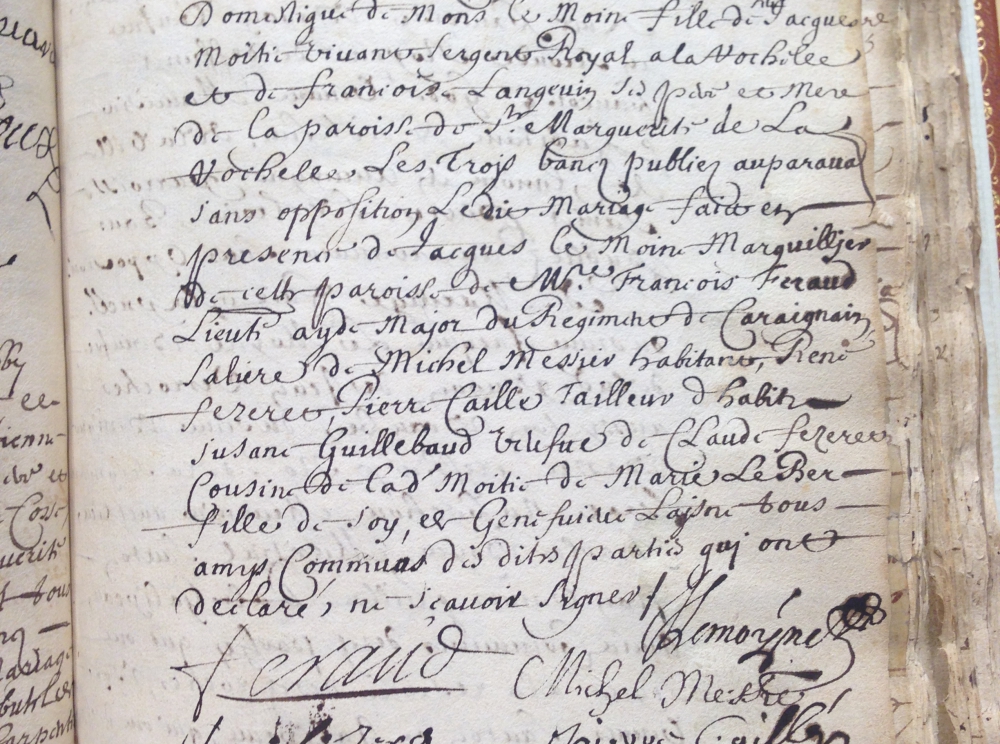 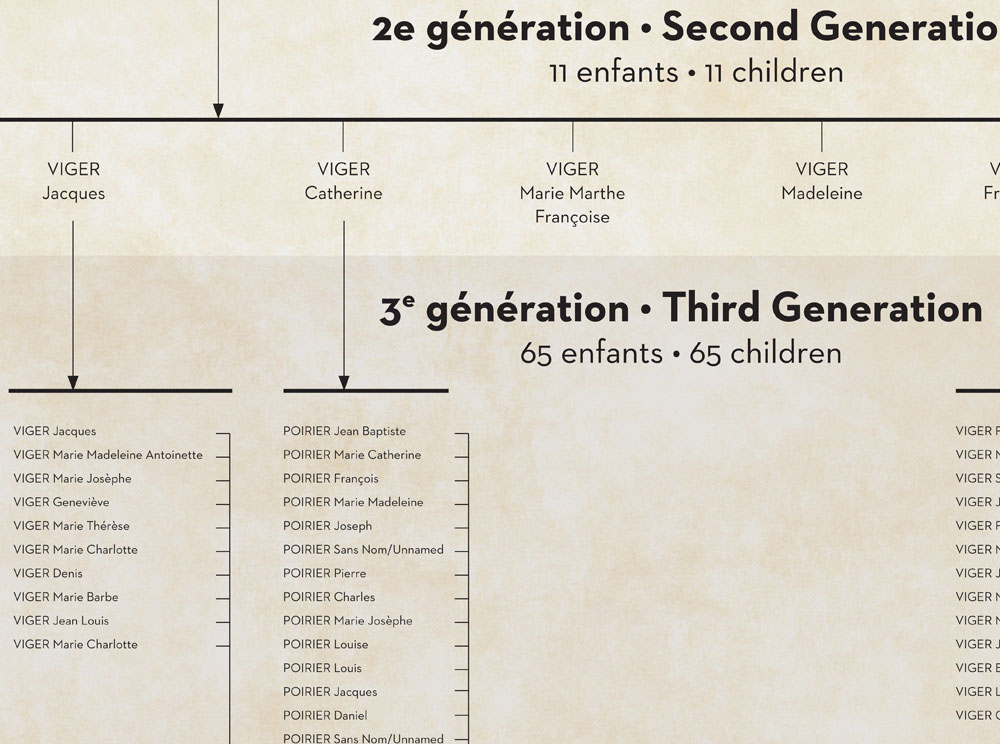