What makes us human?

The exhibition Neanderthal runs until January 26, 2020 at the Canadian Museum of History, and that is its only stop in North America. Featuring original specimens including a complete fossilized skeleton, the display gives visitors a once-in-a-lifetime chance to see authentic pieces that almost never enter public view. But aside from the rare artifacts, the true gems of this multi-faceted exhibition are the recent discoveries about our prehistoric cousins. 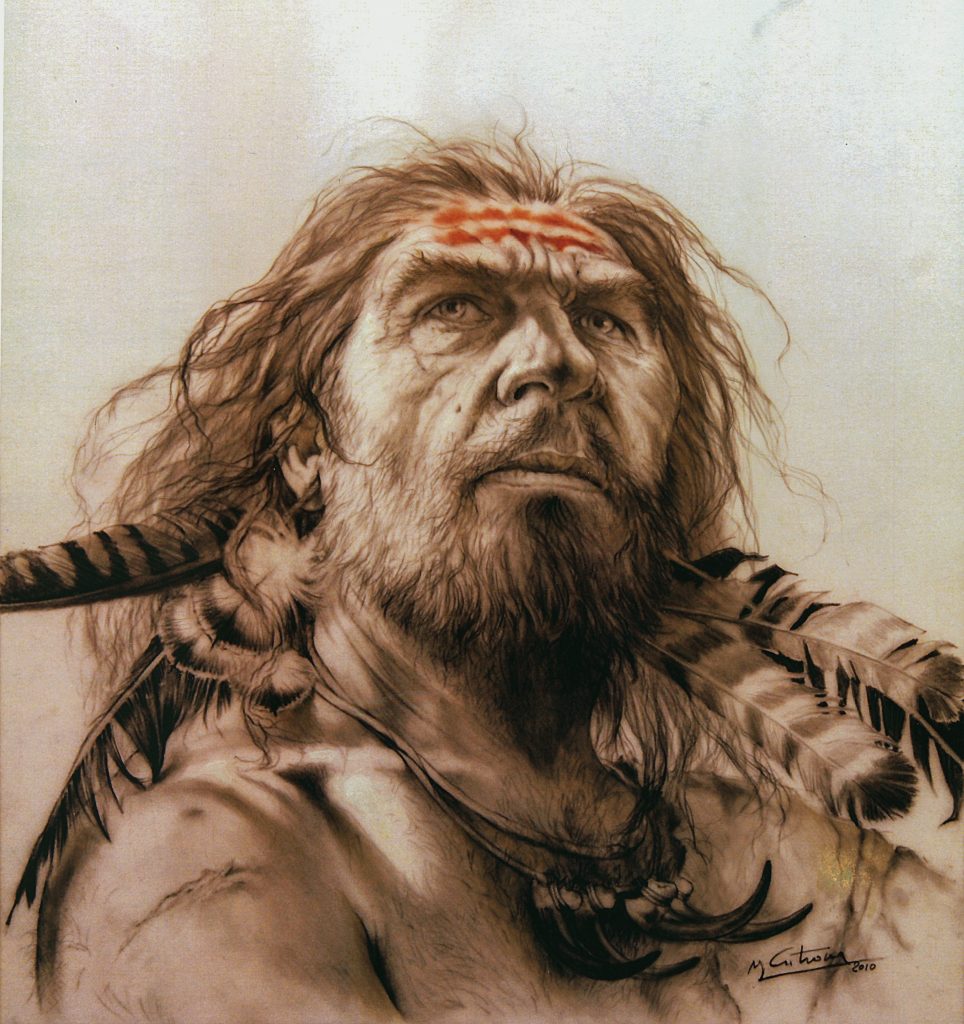 The colonial view of Neanderthals was of knuckle-dragging, club-wielding brutes. Before the advent of digital media, 19th century scientists commissioned painters and other visual artists to render interpretations of scientific thought of the time for lectures and museum exhibits. If we look at L’Homme de Néandertal, for instance, a bust created by Louis Mascré at the behest of Aimé Rutot, the artist depicts a Neanderthal with an expression that lacks intelligence.

Artistic interpretations such as this put a distance between Neanderthals and us as “civilized” humans. They also reinforce such ideas as Neanderthals having no art, abstract thinking or attention to detail (which we now know are untrue). The dialogue between art and science, and the dissemination of these reconstructions, spread ideas of the times and created stereotypes that lasted for more than a century.

The exhibition Neanderthal presented at the Canadian Museum of History. Photos: Janet Kimber

Why Neanderthals disappeared is unknown. There are theories about lack of food or intelligence, or perhaps too much competition with Homo sapiens. In any case, there were five hominid species living on earth at the time of the Neanderthals, and they all ceased to exist except us, modern humans. So, it becomes an existential question: If Neanderthals were around for 300,000 years and couldn’t survive, what will we do differently?

Based on scientific advances, modern artistic interpretations are correcting historical views. Artists like Benoît Clarys depict Neanderthals as civilized beings, making the connection between them and us. As you walk through Neanderthal, gazing at original specimens and running your fingers over interactive features, you are invited to share a modern understanding: Neanderthals were not primitive cave dwellers, but fascinating close relatives.