The Making of Medieval Europe – Power and Splendour

Spanning the years AD 400 to 1500, from the fall of Rome to the beginning of the Renaissance, the Middle Ages in Europe was a time of castles and knights, pilgrimages and crusades, deadly plagues and courtly love. We spoke to curator Bianca Gendreau to discover how she and a core exhibition team managed to distill hundreds of artifacts, stories and legendary figures into one exceptional exhibition. 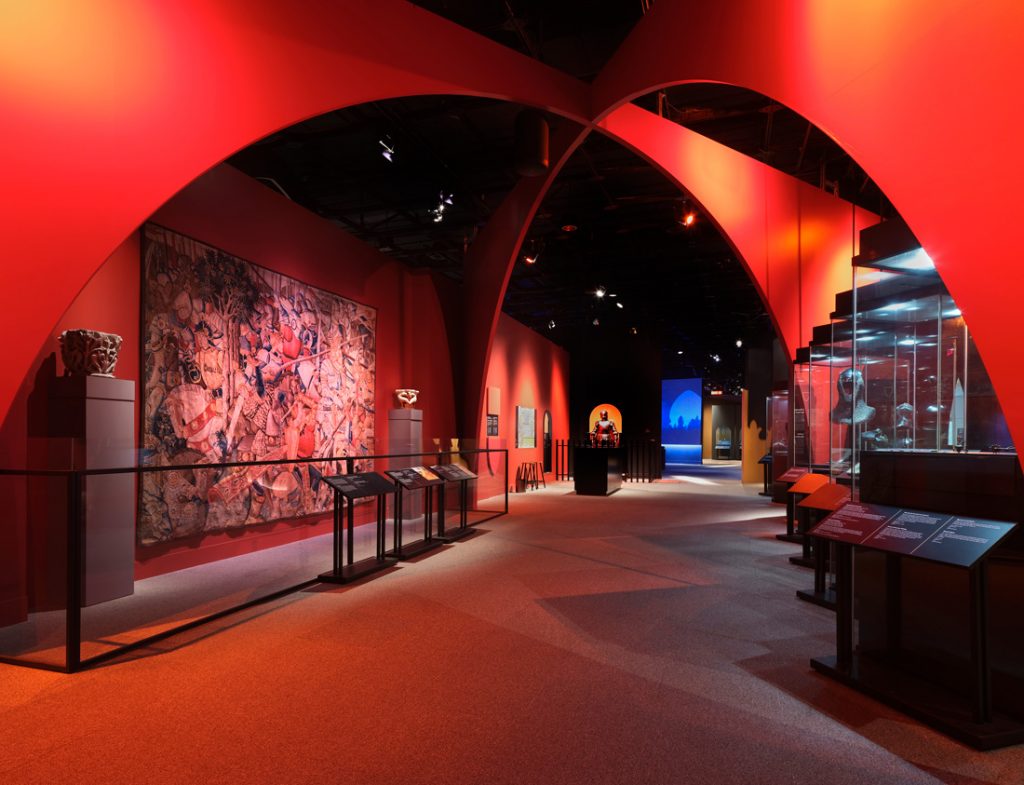 Behind every exhibition, there is an extensive and highly specialized team. For Medieval Europe – Power and Splendour, the core team consisted of a curator, designer, project manager and interpretive specialist. “Everyone’s voice was crucial,” Gendreau says. “A lot of thought and discussion went into each decision in the exhibition, and we respected each other’s unique skill sets and particular expertise.”

The British Museum supplied over 200 treasures, many of which had never been displayed in Canada. These were exquisite artifacts, but the exhibition team wanted a few more. Specifically, they wanted artifacts that were characteristic of the period. “There are some things that are synonymous with the Middle Ages that we just had to include,” Gendreau explains. “For example, how can we talk about the period without tapestries, manuscripts or armour?” They borrowed from other museums to supplement the already impressive collection from the British Museum.

As the exhibition team made their content choices, their North American audience was never far from their minds. Market surveys revealed that Canadians already know quite a bit about the Middle Ages, but they are hungry to learn more. The team added an interactive table at the heart of the exhibition to provide more detailed information about some well-known medieval characters — from real people, like King Louis IX, to mythic ones, like Robin Hood or King Arthur. “This was a way for us to provide more in-depth information about some familiar figures while tying them to the places and key events of the time,” Gendreau explains. 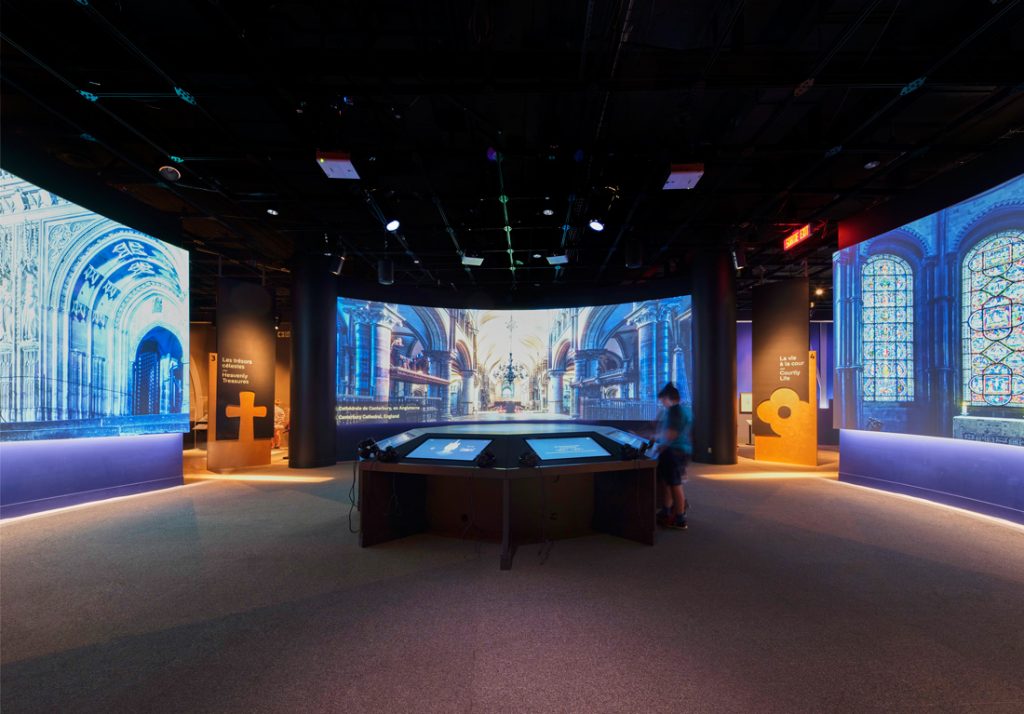 The team also had their Canadian audience in mind when they added a final zone to the exhibition. Called Medieval Legacy, it explores the heritage of Europe’s Middle Ages in North America today. “There were no Middle Ages in Canada,” Gendreau says, “but many medieval values, influences and customs can still be seen in our country today. Look at our Parliament buildings. Or consider the values in our Charter of Rights and Freedoms. Often viewed as modern ideals, they actually took shape during the Middle Ages, beginning with the limits imposed on royal power by the Magna Carta of 1215.”

Once the team was satisfied with the content of the exhibition, they focused on the presentation. “Developing an exhibition is like creating a good story,” Gendreau explains. As every good storyteller knows, the success of a story relies not just on what is being told, but also on how it is being told.

The team used design elements like layout, lighting, colour and music to immerse their audience in the story of medieval Europe. Most notably, they designed the entire exhibition to evoke a medieval castle and its environs. For example, content about royal power is displayed in a castle’s great hall, while artifacts relating to courtly love are found in a garden setting. Visitors can also explore a castle chapel or a busy medieval street. The music changes with each zone. However, the team didn’t set out to recreate a castle; rather, they worked hard to conjure the atmosphere of a castle. “It’s a feeling,” Gendreau explains, “not a replica. We were careful not to go overboard. It’s a contemporary look at medieval times.” 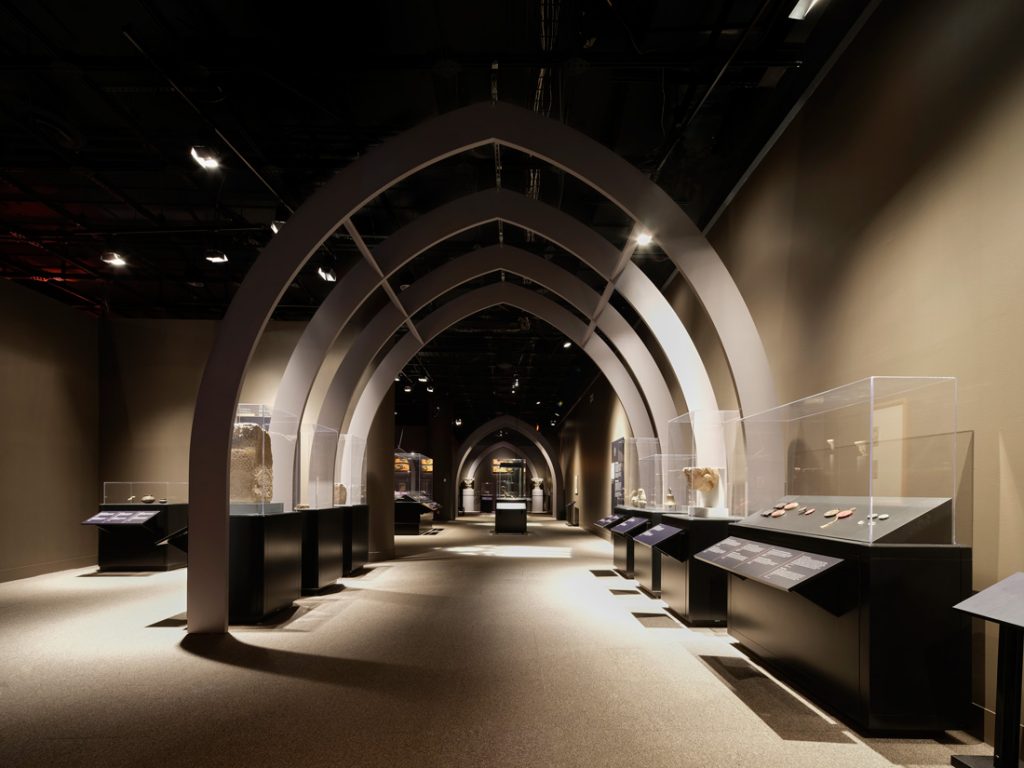 While she likens the process of developing an exhibition to telling a story, Gendreau offers us another comparison: “It’s also like cooking,” she says. “There are a lot of ingredients that have to work together to produce a final result, so you need a good recipe.” In this case, the recipe involved careful content choices, hundreds of exquisite artifacts, creative design elements and strong teamwork. “The team worked so well together,” says Gendreau. “It was a very respectful and stimulating experience for all of us, and we’re very happy with the results.” Judging by the overwhelmingly positive feedback, so, too, are the Museum’s visitors.