The Canadian Museum of History Collects: The Evolution of a Flag

Haven’t we all been there? You take your winter coat out of storage. As you slide your hand into one of the pockets, you realize there’s something in there! To your delight, your hand emerges clasping a crumpled $10 bill. Our story isn’t quite the same, but you will certainly be able to appreciate our delight in a rediscovered treasure.

The Canadian Museum of History collects objects that tell our nation’s history. But sometimes it’s not always immediately apparent which items will have historical significance in the future. This is the challenge of contemporary collecting. And yet, there are some events that are so obviously important that you know you are witnessing history in the making. 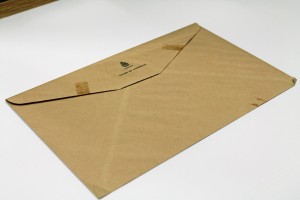 In 1966, staff at the Privy Council Office had the great forethought to realize that the physical evidence for the design process for Canada’s new national flag was significant. Various concept paintings, fabric prototypes and associated documents were transferred to the National Museum of Canada (now the Canadian Museum of History) by the Privy Council. These items quietly sat on shelves for many years, waiting for their return to the spotlight.

During a storage cleanup exercise in the autumn of 2013, members of the Museum’s Collections Management team rediscovered this series of Canadian flag prototypes. The prototypes were in an unassuming envelope labelled “Material used in Flag Debate.”

Historian Dr. Forrest Pass was thrilled to study this treasure trove of vexillological history. Dr. Pass is the Museum’s resident flag expert and curator of the special display, Our Flag at 50. Having access to such a collection allowed the curator to both analyze the historical context in which the items were created and to interpret their significance for a contemporary audience. There are always multiple ways to interpret artifacts and, in this case, Dr. Pass was able to shed some light on the evolution of the flag’s design.

Perhaps the most interesting item in this collection is what might very well be the first version of the Canadian flag as we now know it. It consists of a single red maple leaf with eleven points on a field of white, flanked by two vertical bands of red. Dr. Pass points out that this painted prototype “is identical to the flag currently flown but for the stem of the leaf, which is cut on an angle, identifying it as a very early rendering.” 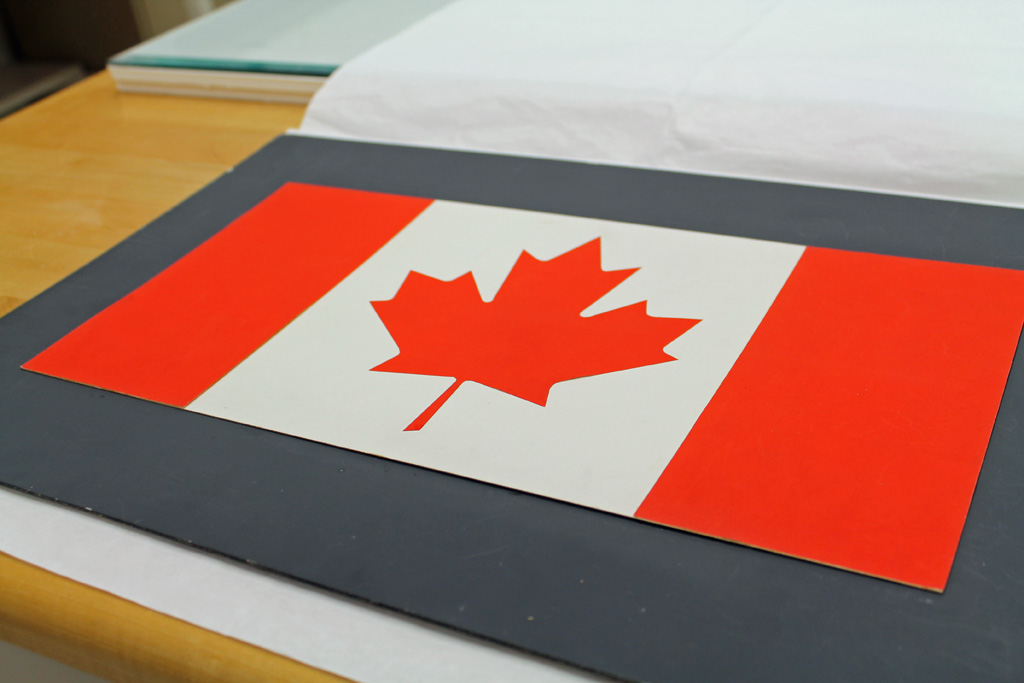 This is the earliest-known example of the red maple leaf flag as we know it today. Note the bottom of the leaf’s stem, cut at an angle. The stem was changed before approval of the final flag in December 1964. Canadian Museum of History, prototype of the maple leaf flag, photo Kerri Davis.

Based on the handwritten notes on the back of this prototype, Dr. Pass is confident that this design dates from November 1964, just a few months before the new flag was first flown on February 15, 1965. 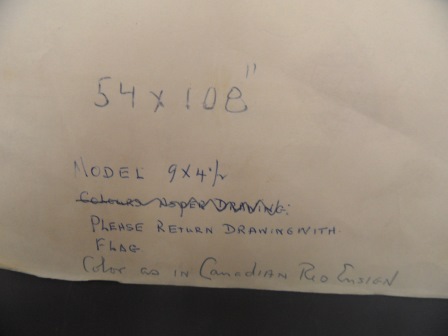 The notes on the back of this prototype design match the measurements of a cloth flag and were likely sent out for fabrication of the first cloth prototype of Canada’s flag. Canadian Museum of History, prototype of the maple leaf flag, photo Forrest Pass. 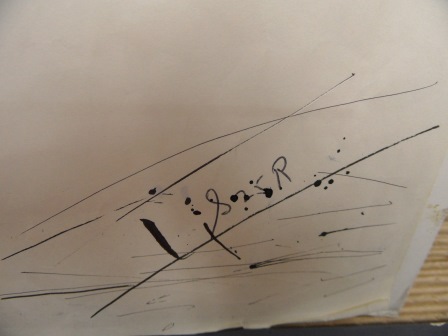 The signature of Jacques St-Cyr, who finalized the design of the 11-point maple leaf on Canada’s flag. Canadian Museum of History, photo Forrest Pass.

Canada’s flag has become a recognizable symbol the world over and is a source of great pride to Canadians. It is thanks to those who were intimately involved in its creation that the Museum is able to preserve and showcase the story of its origins from political debate, through concept development, to final fabrication.

If you want to see some of these flag prototypes “in the flesh,” check out our special display Our Flag at 50, on view at the Canadian Museum of History until July 5, 2015.