It has been 10 years, almost to the day, since the Canadian War Museum first opened the doors to its new building on LeBreton Flats. As I look back, there are some notable achievements that all Canadians should be proud of:

When we were planning for the opening of the Canadian War Museum on LeBreton Flats, we originally expected to draw 250,000 visitors each year. But in our first year, the War Museum attendance figures doubled our projections: we welcomed 500,000 visitors. And every year since then, we have surpassed the target of 250,000 visitors.

Partnerships have enabled the War Museum to collaborate and consult with professionals from many different countries, to develop exhibitions about the Canadian impact in international conflicts and to bring invaluable artifacts to Canadian audiences. A highlight of the recent special exhibition Fighting in Flanders – Gas. Mud. Memory. was the iconic Menin Gate Lions, which once flanked the Menin Gate in Ypres, and which were on loan from the Australian War Memorial. Thousands of Allied soldiers passed through the gate on their way to and from the battlefields of northwestern Belgium. Partnerships also help to bring outstanding exhibitions to Canadian audiences, such as the upcoming special exhibition Gladiators and the Colosseum – Death and Glory, which was developed by the Contemporanea Progetti and which will shed light on professional fighters in the Roman Empire.

A Museum that is truly national in scope

Although the War Museum has an established physical presence in the National Capital Region, it also connects with Canadians from across the country. At the Canadian War Museum, the three Victoria Cross medals that were awarded to the First World War residents of Winnipeg’s Pine Street (later renamed Valour Road) were presented together for the first time in history. This past year, we loaned the three Valour Road medals to the Manitoba Museum for a special exhibition commemorating the role of the Winnipeg Rifles and the Queen’s Own Cameron Highlanders regiments during the First World War. The War Museum — whether through its artifact loans, the exhibition partnerships that allow it to present outstanding exhibitions like New Brunswickers in Wartime, 1914–1946, its travelling exhibitions program, or its social media outreach — is truly national in scope and in its efforts to increase Canadians’ understanding of military history, wherever in the country they may live.

The Canadian War Museum’s collections are among the finest military holdings in the world, comprising some 500,000 military artifacts — from rare vehicles, art and artillery to uniforms, medals and personal memoirs — all of which help to tell the story of the human experience of war from Canadian perspectives. This collection includes the prestigious Beaverbrook Collection of War Art, which is one of the top 10 collections of war art in the world, as well as 33 of the 94 Victoria Crosses that have been awarded to Canadians. 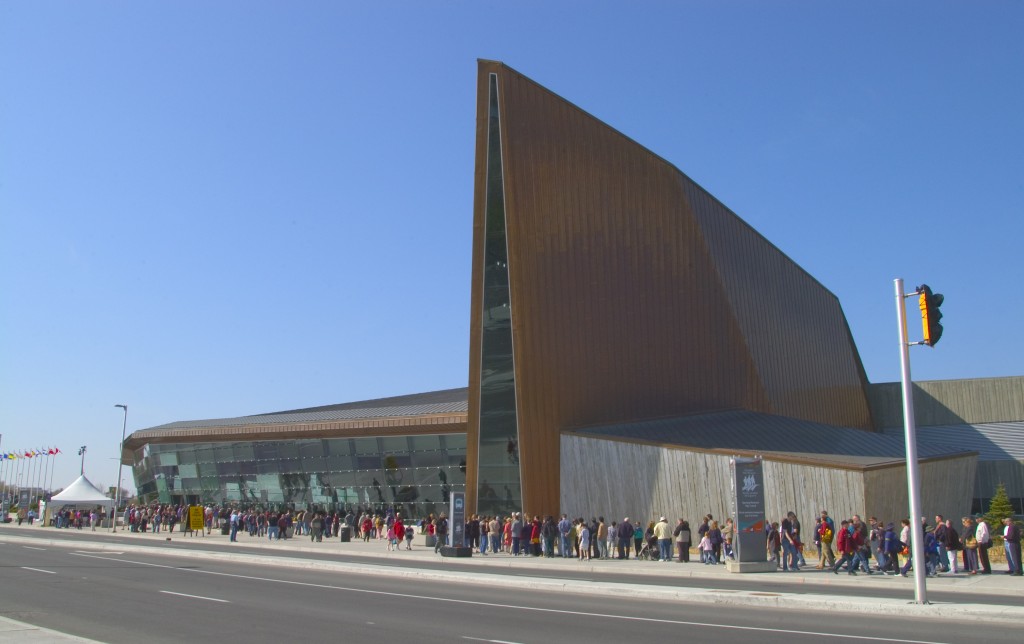 The Canadian War Museum has become an established hub of activity in the National Capital Region by hosting or co-hosting events that range from Bluesfest, which draws almost 300,000 people, to award galas attended by hundreds of guests, to small community commemorative gatherings that involve only a few individuals. The War Museum is very proud to be so deeply embedded in our local community and is delighted to host these types of events almost every other night of the week.

The Friends of the Canadian War Museum

I would be remiss if I did not highlight the ongoing contributions of the loyal supporters of the Canadian War Museum, whose efforts have been instrumental to our organization’s success. Without the help of the Friends of the Canadian War Museum (FCWM), our current facility would not exist. The FCWM organized the Passing the Torch campaign and raised $16 million, making it the most successful fundraising effort by a federal cultural institution at the time.

Please visit our website and social media channels to learn more about the exciting lineup of exhibitions and programs that will commemorate the First World War Centenary over the next three years.