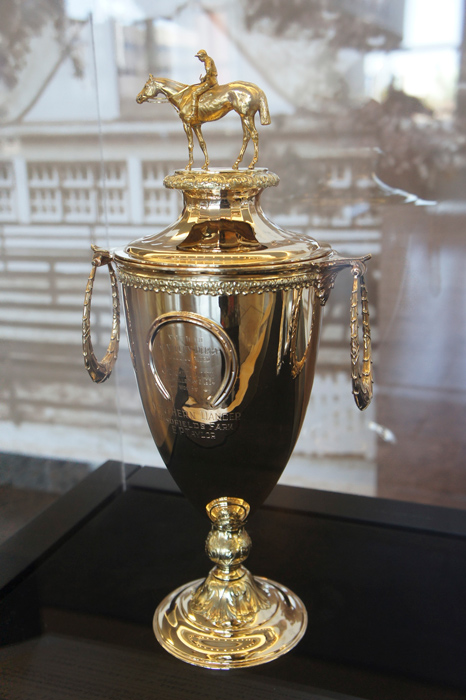 Canadian thoroughbred Northern Dancer won this Kentucky Derby trophy on May 2, 1964. He was the first Canadian-bred horse to win this prestigious race. Canadians celebrated his win in the streets, the horse was deluged with fan mail and the mayor of Toronto awarded him the key to the city. After retiring from racing, Northern Dancer became one of the greatest sires of the 20th century.