May 19 marks the date that the Franklin Expedition set sail on an Arctic venture from England, in 1845, never to return. Now, over a century and a half later, we eagerly anticipate the arrival of an exhibition on this ill-fated voyage. We have been developing the exhibition since 2014, in partnership with Parks Canada and the National Maritime Museum in England, and in collaboration with the Government of Nunavut and the Inuit Heritage Trust.

The tale of the Franklin Expedition is a remarkable one, set against the dramatic backdrop of the Arctic, and it is as captivating, mysterious and tragic today as it was in 1845, when it all began. Many people know the story: Sir John Franklin led a British search for the final section of the Northwest Passage, which had been otherwise largely charted. As Creative Development Specialist Claire Champ explains, “They had only a small part of the Northwest Passage to chart. They were optimistic, they were well prepared, but — as we now know — they were heading for a particularly desolate location.” No wonder this area was known to Inuit people as Tununiq or “The Back of Beyond.” 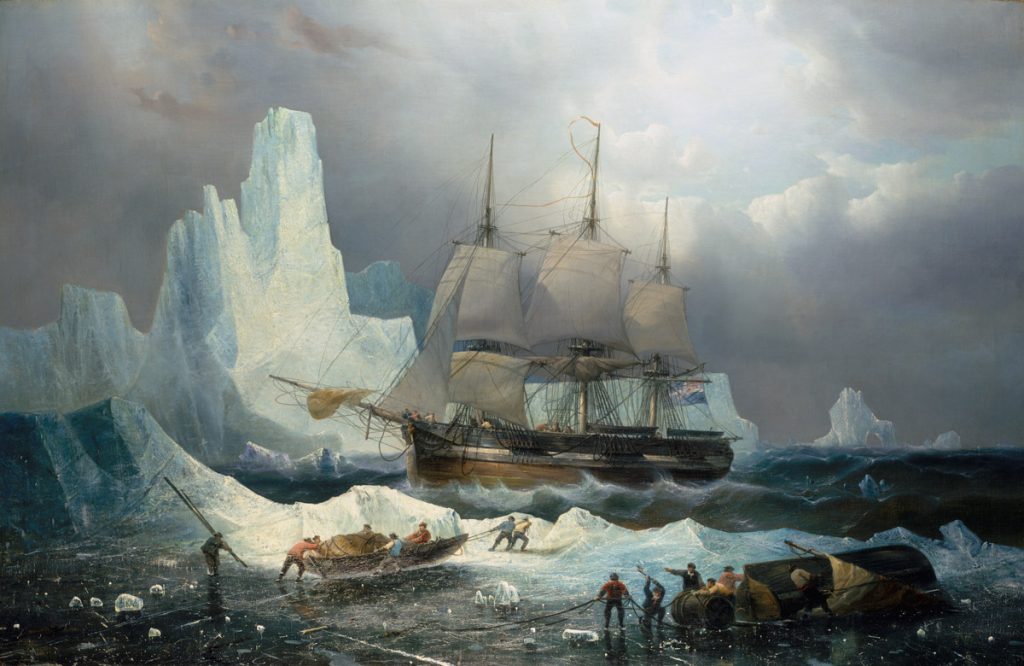 Now, for the first time, an exhibition will bring together iconic artifacts and newly recovered objects from the Erebus to more fully present the story of the Franklin Expedition, including details about life on board the ships and the potential causes and circumstances of the crew’s death. We are particularly excited about highlighting the crucial role Inuit people have played in informing the exhibition, through artifacts and recordings of oral histories. As Curator Karen Ryan explains, though parts of the expedition still remain a mystery, “without Inuit knowledge, we wouldn’t know nearly as much as we do.”

The story of the Franklin Expedition is complex. It contains many chapters, perspectives and mysteries. It also belongs to more than one nation. It is a British story because the ships and crew members were British, but it is also central to Canada’s identity as a northern nation. The story also belongs to Inuit people, who have preserved it in their oral histories for generations. Above all, it is a story with universal appeal, about an astonishing struggle for survival.

Following a run in the United Kingdom that begins in July 2017, at the National Maritime Museum, the Franklin Expedition exhibition will cross the Atlantic to open at the Museum of History in March 2018.

Stay tuned for more posts on the exhibition and the mystery of the tragic expedition.

One response to “Introducing the Franklin Exhibition”