First Peoples of Canada: Native copper from the Canadian Museum of History

June is National Aboriginal History Month in Canada — a time to celebrate the heritage, cultures and contributions of First Nations, Métis and Inuit. It is also an occasion to reflect upon the past, present and future, to raise awareness, to foster understanding and to encourage dialogue. To mark National Aboriginal History Month, the Museum is highlighting the history of First Peoples by presenting artifacts from its collections that tell the story of Aboriginal cultures of the Great Lakes. This particular post will focus on native copper from Canada’s Great Lakes region. 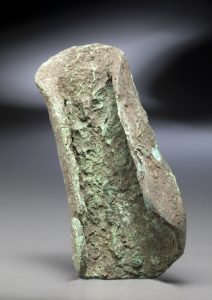 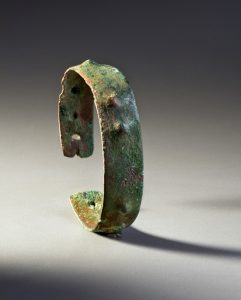 Native copper is a material that exists naturally in a pure form and has been used by people around the world for millennia. No smelting or refinement of the ore is required. In the Great Lakes region of North America, deposits of native copper have been used to manufacture tools and objects of personal adornment for nearly 7,000 years.

To produce the fine native copper implements recovered from archaeological sites throughout North America, detailed knowledge of the metal’s characteristics was necessary, along with a process that compensated for some of these characteristics. For example, while native copper can be shaped and thinned by cold hammering, the hammered metal eventually becomes brittle and cracks. However, heating the metal modifies its physical properties, allowing cold hammering to resume. This allowed the production of very thin and delicate artifacts, such as jewellery and knives, that were both functional and aesthetically pleasing.

In ancient times, there were several regions in North America where native copper was easily found and used. One rich source was the western portion of the Lake Superior basin. Copper from that region was traded across vast distances — sometimes thousands of kilometres away. The extent of these trade networks reflects the great value placed on this metal in ancient times. 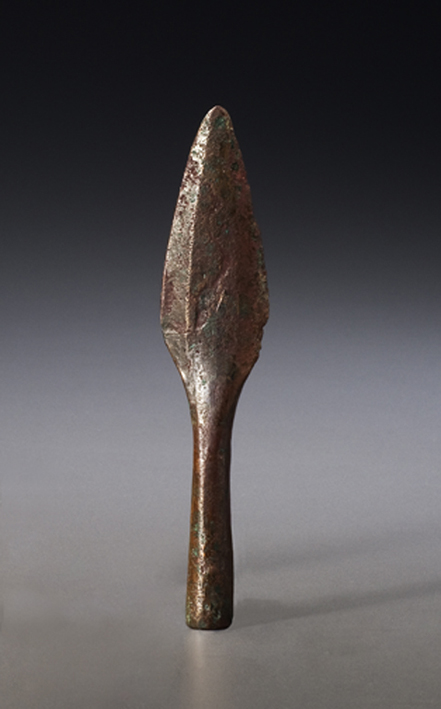 “They frequently carry [pieces of copper] in their medicine-bags; they are carefully wrapped up in paper, handed down from father to son, and wonderful power is ascribed to them.”
— Johann Georg Kohl 1860:60

The Canadian Museum of History’s collection has a spectacular array of artifacts made of native copper, dating from various periods — including projectile points, knives, adzes, fish-hooks, awls, eyed needles, bracelets and pendants — pointing to the importance and versatility of this metal among Aboriginal peoples.

In my next blog post, I will continue to mark the history and heritage of Canada’s First Peoples by exploring ceramic containers in our collections from the Great Lakes region.