In recognition of History Week, which ran from July 1 to 7, the Museum offered a special “Curator’s Choice” program so visitors could learn more about the past through several curated “mini-tours” highlighting some of the Museum’s most significant objects and spaces. 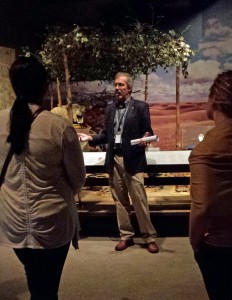 Dr. Jean-Luc Pilon discussing some of the most significant objects and spaces found in the First Peoples Hall

Dr. Pilon was part of the team that developed the First Peoples Hall. He is therefore ideally positioned to provide exclusive insights into the Museum’s approach to presenting an exhibition that demonstrates the cultural richness of Canada’s First Peoples.

In his talk, Dr. Pilon spoke about the four “pillars” that informed the Museum’s concept for the First Peoples Hall. One of these pillars is “First Peoples’ ancient and ongoing relationship with the land,” which Dr. Pilon explained by discussing some of the artifacts found in the module on Arctic whalers. 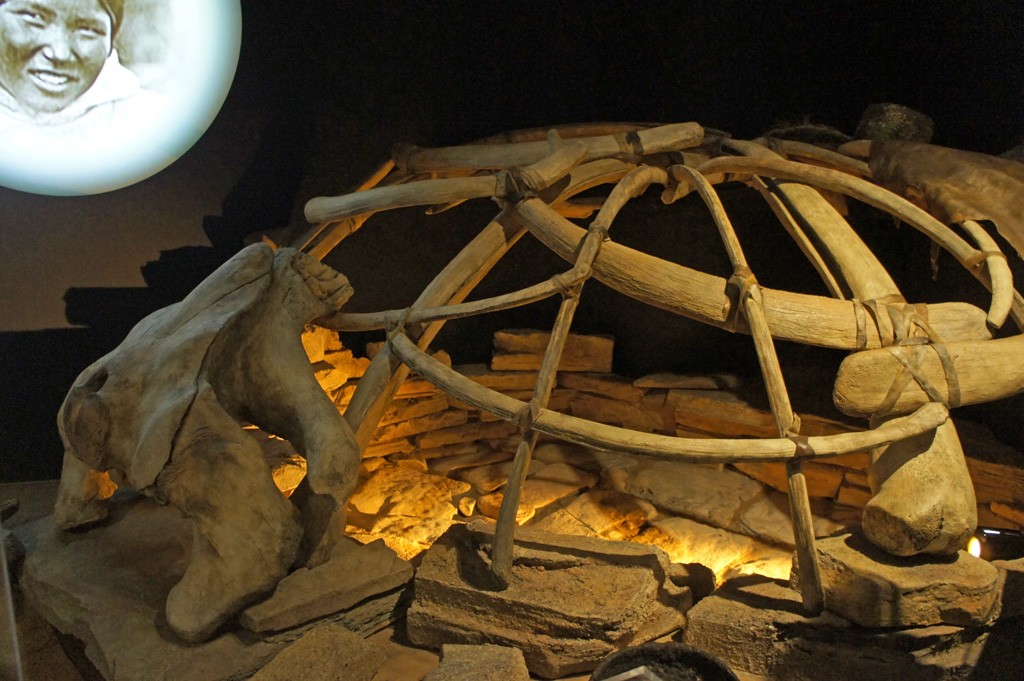 This is a home constructed from the skeleton of a bowhead whale. It very different from the housing that is typically associated with Canada’s North, namely igloos or snow houses. In fact, most Inuit did not live in snow houses. In summer, the majority of people lived in skin tents and, in the winter, they lived in houses framed in driftwood or whalebone.

In this module, visitors can see a house constructed from the skeleton of a bowhead whale. The whale’s skeleton provided an ideal structure for a family home. The skull of the whale was used at the entranceway, above the low cold trap which kept the cold air away from the living space and helped insulate the house’s interior. The people who lived in these homes would enter through the whale’s skull into a shelter made of the whale’s skeleton, which enabled them to enjoy comfort, warmth and family life. They literally lived inside a whale.

Consider, though, the difficult work involved in acquiring a whale for food and building materials. Bowhead whales are by no means small. As Dr. Pilon asked the group of visitors: how would you hunt a 40 tonne animal?

The Arctic inhabitants who hunted this massive animal believed it would sacrifice itself to them only if they satisfied the soul of the animal. There was, consequently, deep respect and reverence for these animals. The Inuit who hunted them believed in giving back to an animal that gave itself to be killed. 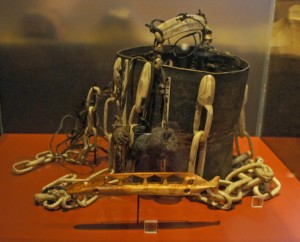 This ceremonial bucket is made out of baleen and decorated with carved ivory whale symbols. Baleen is the tough bristle-like feeder system found in the mouths of whales that feed on plankton.

Among the numerous artifacts in the Arctic whalers module that demonstrates this deep reverence is a ceremonial bucket made out of baleen and decorated with whale symbols carved from walrus ivory. Because whales live in salt water, the Inuit believed they were always thirsty. Therefore, after capturing the whale, the Inuit would fill the baleen pail with fresh water and give it to the whale to drink as it was brought ashore. They gave the whale the gift of its first taste of sweet, fresh water to recognize the whale’s sacrifice and respectfully thank it so that it might give itself again.

These artifacts are just two of the examples that Dr. Pilon used to show the importance of the ancient and ongoing relationship between First Peoples and the land. Interested in learning more? Visit the Museum’s First Peoples of Canada virtual exhibition.