My role as Curator of Eastern Archaeology at the Canadian Museum of History is to enhance the understanding of Canadian archaeology in the Atlantic provinces (Newfoundland and Labrador, Nova Scotia, New Brunswick, and Prince Edward Island) for the benefit of all people in the land that is now Canada. And yet, this summer, I am spending nearly three weeks digging at sites in the state of Maine, in the United States.

The archaeological expedition is funded by a grant from the Social Sciences and Humanities Research Council of Canada to Dr. Gabriel Hrynick, from the University of New Brunswick, Dr. Arthur Anderson, from the University of New England, and myself. The work is being conducted in collaboration with the Passamaquoddy Tribe, and with the participation of Passamaquoddy students, who will train with us during the excavations. 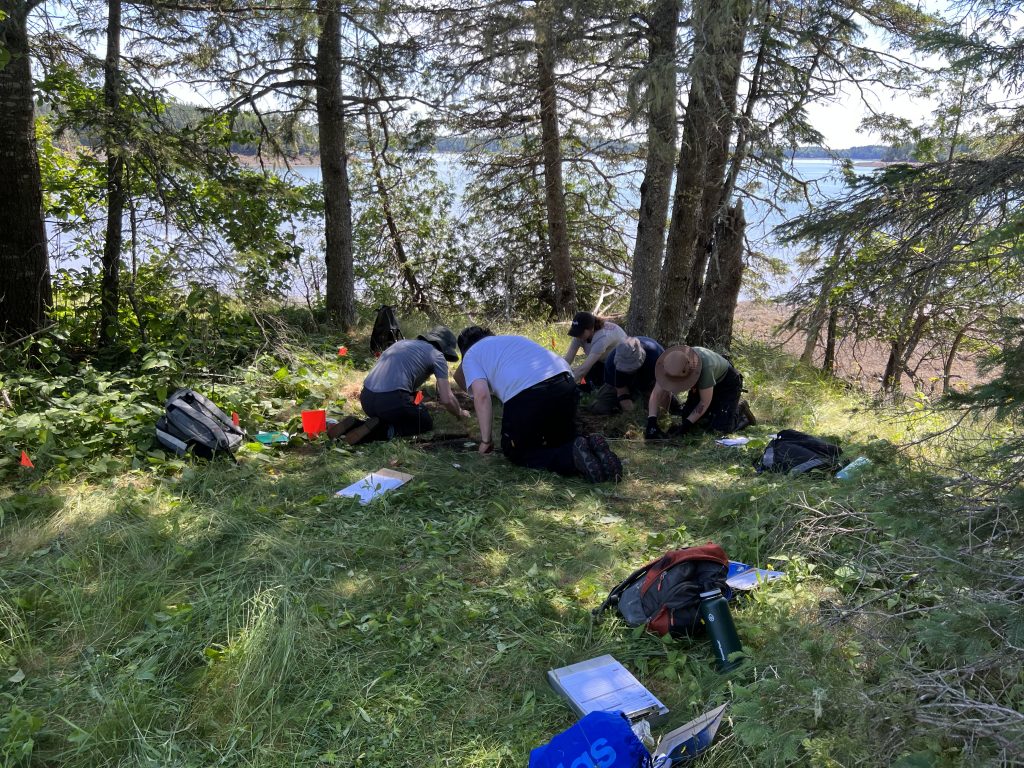 Students begin to dig at the Sipp site, in Maine. Notice the proximity to the ocean.

When the Wabanaki (the collective Indigenous peoples of the region) first met Europeans 600 to 400 years ago, the current international border did not exist. The goal of the project is to understand the nature of the earliest interactions between Wabanaki and Europeans, in both Passamaquoddy Bay and Nova Scotia. How did Wabanaki first meet these newcomers? Did their seasonal use of the land and seascape change? How intensive was trade between the two groups, and how far did the trade goods flow from the centres of contact? How did the contact affect the social organization of the Wabanaki who met Europeans?

Why look in Maine?

We have very carefully chosen this location to explore the potential earliest contact between Europeans and Passamaquoddy. The Sipp site, where we are excavating, is just one of many sites tested by the project, but all focus on the region near the St. Croix River, where it flows into western Passamaquoddy Bay.

In 1604, when Samuel de Champlain and Pierre Dugua de Mons began their exploration of North America, they chose this region as a suitable and sheltered location to attempt to establish a winter settlement, which they named St. Croix. Today, the settlement — which is on an island at the mouth of the river which bears its name — is an International Historic Site.

The Sipp site is located just 20 kilometres from St. Croix. While several sites that reveal evidence of contact with Europeans have already been excavated, so far none appears to be a winter site, which is when St. Croix was occupied by Champlain and his men. Sipp is situated in a location known by the Passamaquoddy for frostfish (tom cod) harvesting, which was traditionally done in January, so the likelihood is high that the Sipp site was occupied during the winter months.

The Sipp site, and all those in the region, are known as shell heaps, which are deposits composed primarily of soft-shell clam valves, cultural soil, animal bones, and artifacts that accumulated as Passamaquoddy made their living on the shores of Passamaquoddy Bay. They are useful to archaeologists because the calcium carbonate in the clam shells leaches into the acidic soil of the region, and neutralizes it, allowing for exceptional preservation of animal bones and artifacts. They offer the best window into ancient Passamaquoddy lifeways that currently exists, beyond oral history.

Students excavate in a shell heap. Notice the large quantity of broken shell, and the dark nature of the soil, which suggest cultural activity. 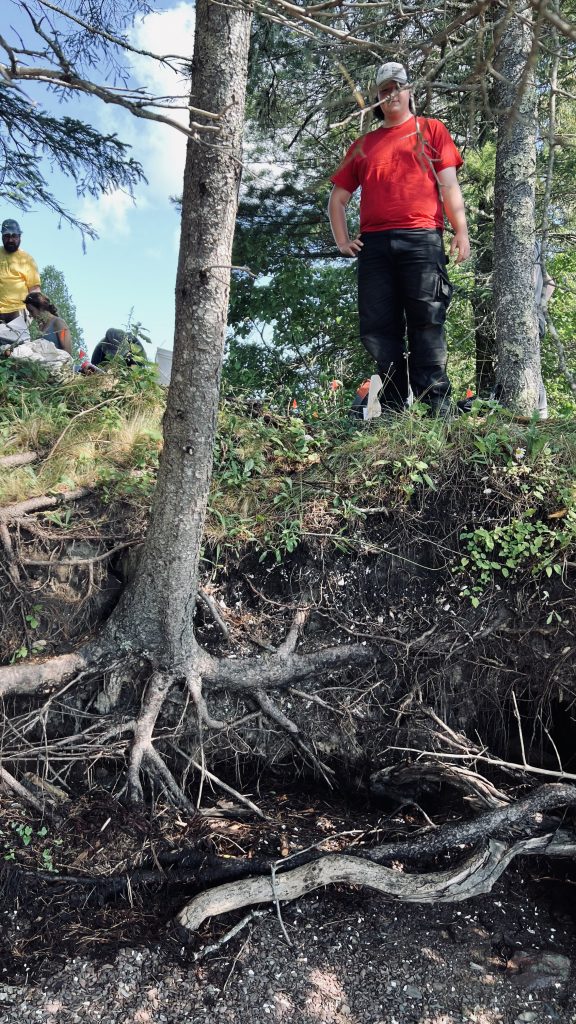 Like most archaeological sites in Maine, the Sipp site is actively eroding and is severely endangered. Note the dark soil and shell spilling into the intertidal zone as the bank is undercut by waves.

It is important to note that the Sipp site is currently under extreme danger from erosion due to sea level rise and climate change. Sea level rise is slowly inundating coastal sites in the region, and the increasing periodicity and severity of large storm events are causing destruction to fragile sites located directly on the coast. Perhaps the only reason the site still exists is that it is pinned between two bedrock outcrops that jut into the ocean and protect it from the most severe waves. However, even with that protection, the site will likely be destroyed over the next several decades, if not sooner.

Part of the goal of the project is to document, test and excavate these sites before they are destroyed, and thus save the valuable information they contain about past Passamaquoddy lifeways.

Unfortunately, the erosion that characterizes the shores of Passamaquoddy Bay is present in most of the coastal regions of North America. The destruction of archaeological sites due to climate change represents a defining heritage crisis of our time. Left unchallenged, it will result in the incalculable loss of thousands of years of archaeological history. It disproportionately affects Indigenous peoples in North America, whose histories tend to be tied to these special sites, and whose ability to establish resource and land-use rights is often linked to the archaeological evidence of their long-term use of landscapes and ecosystems.

Like most archaeological sites in Maine, the Sipp site is actively eroding and is severely endangered. Note the dark soil and shell spilling into the intertidal zone as the bank is undercut by waves.

You can’t always get what you want, but sometimes…

By virtue of its proximity to Champlain’s 1604 settlement, if the Sipp site was occupied contemporaneously, it should provide good evidence for the types of early interactions between Europeans and Passamaquoddy that we are interested in documenting. Unfortunately, after more than a week of excavation, and detailed investigation of the uppermost soil layers — which should represent the contact era — we have found no evidence of such interaction. Tom cod bones are plentiful, as well as deer bones, which suggest a fall through winter occupation — but we are finding Indigenous ceramics with decoration that suggests a date almost 1,000 years earlier than the arrival of Champlain. Uniquely, stone tools are very rare on the site (so far).

However, the ceramics we are finding are spectacular. Two almost-complete pots have been found. To find such complete vessels in situ is very rare, as most have been broken by the pressure of the earth above them. They appear to be associated with large amounts of spirally cracked deer bones, which could suggest the extraction of bone marrow and the boiling of bones for grease. The pots may have been used to store this marrow and fat for later consumption.

While it is still possible that we will uncover evidence that the site was occupied during the early contact era, the data we are finding is nevertheless incredibly intriguing and revealing. The lack of stone tools combined with the evidence for marrow and grease manufacture preliminarily indicate a new type of site, which may be rare in the archaeological record of the region circa 1,500 years ago — a specialized site where people were processing deer, extracting their marrow and fat, and storing it in pots for later use.

Had we not excavated this site before the ocean dismantled it, this unique specialized activity may not have been recorded in the archaeological record, and the stunning, near-complete pots would not have been recovered. This type of situation is not new; archaeologists on both sides of the border are racing against time to save the unknown histories of archaeological sites before they are lost to the relentless waves. 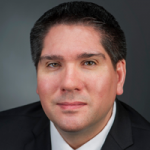 Matthew Betts has been Curator of Eastern Archaeology since he arrived at the Canadian Museum of History in 2007. His current research focuses on maritime hunter-gatherers and their complex economic, ideological and social relationships with the animals they exploited.