Not even a late spring snowstorm could keep the visitors away from the Chief Poundmaker Historical Centre on May 1. The museum is situated in the Eagle Hills west of North Battleford, Saskatchewan, and residents and neighbours from across the region gathered there for a community celebration and the exhibition opening as part of the imminent federal exoneration of Pitikwahanapiwiyin (also known as Chief Poundmaker).

Pitikwahanapiwiyin was tried and convicted of treason-felony following the 1885 Northwest Resistance, but his innocence has long been maintained by the community. So too has the fact that his actions prevented the death of hundreds of Canadian troops in May 1885. For community members, this exhibition and the exoneration of Pitikwahanapiwiyin will correct the dominant non-indigenous narrative and prioritize Nehiyaw (Cree) oral histories about their leader and community.

After several visits to the Canadian Museum of History, community leaders Floyd Favel and Milton Tootoosis requested that an item from the Museum collection be featured as part of the exoneration celebration of Pitikwahanapiwiyin by the  Poundmaker Cree Nation. In response to this request, the Museum was honoured to arrange for the week-long loan of this child’s dress, which was made in the community during the early 1950s. Adorned with sequins and beads, the velvet dress was created by See-ascum-ka-poo (Mary Peemee, Mrs. Horsechild, the daughter-in-law of Big Bear) for Marilyn Kasokeo, who were both residents of Poundmaker Cree Nation at the time. 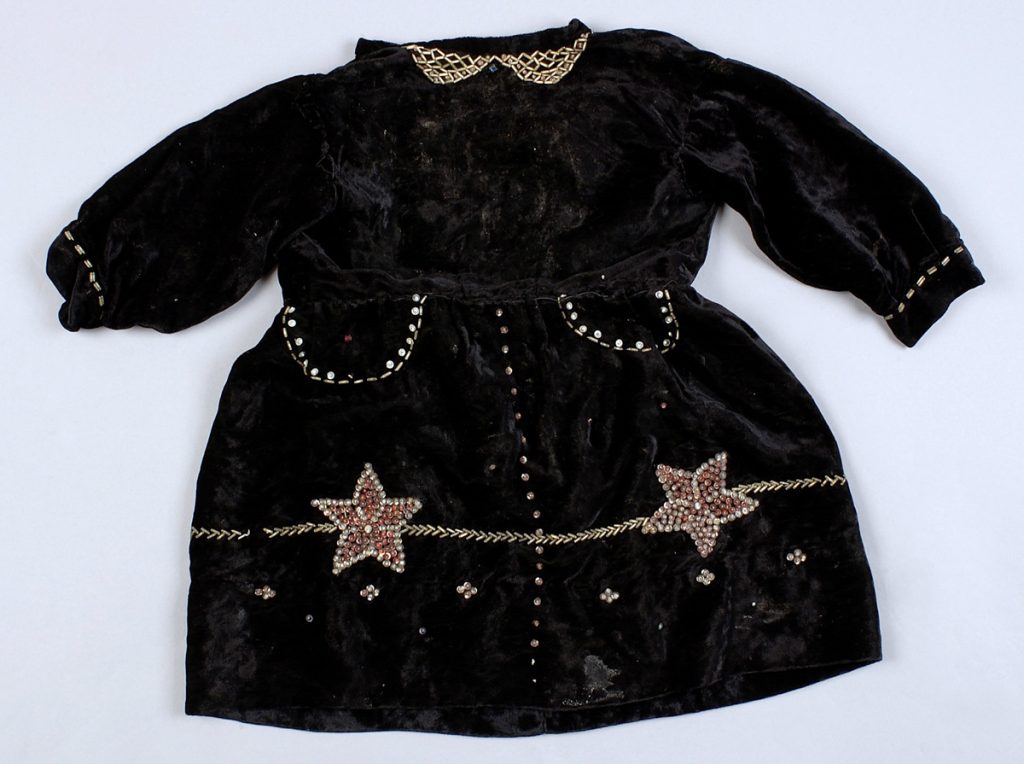 After months of consultation, I boarded a plane bound for Saskatoon, accompanied by the dress for its first visit back to the community in over fifty years. Arriving at the Chief Poundmaker Historical Centre, I was greeted by community artisans and craftspeople who were excited to examine the dress and the way it was made. Floyd and I then transferred it to the beautiful glass case made by the community, where it remained on display for the week. 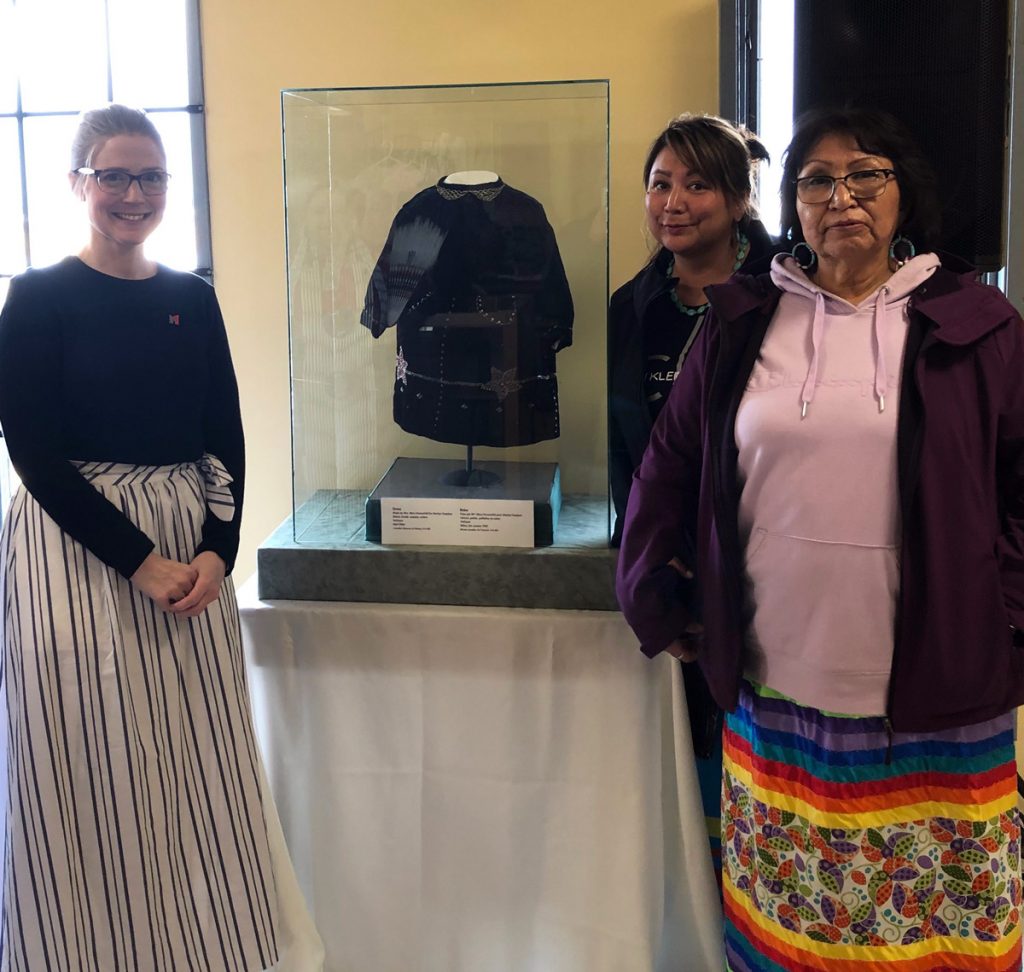 The dress had many visitors, and when it was officially unveiled at the art exhibition on May 1, we were privileged with a visit from the original owner herself. Marilyn Kasokeo drove from Edmonton with her family to catch a glimpse of the dress she wore as a child, and I was honoured to hear the stories sewn into every seam and attached to every sequin.

This arrangement between the Museum and Poundmaker Cree Nation is a critical step forward in building better relationships and models of collaboration with Indigenous communities that are both meaningful and respectful. Just twenty days after the dress and I returned to Ottawa, Prime Minister Justin Trudeau visited the community for the official exoneration of Pitikwahanapiwiyin. The gathering, hosted by Poundmaker Cree Nation, brought visitors from across the Northern Great Plains to witness the Prime Minister acknowledge “that Chief Poundmaker was not a criminal, but someone who worked tirelessly to ensure the survival of his people, and hold the Crown accountable to its obligations as laid out in Treaty 6.”

Katie Pollock, PhD, is Curator, Central Ethnology, at the Canadian Museum of History.

One response to “Community Celebration of Pitikwahanapiwiyin”