Christmas in Canada, According to Louis-Honoré Fréchette 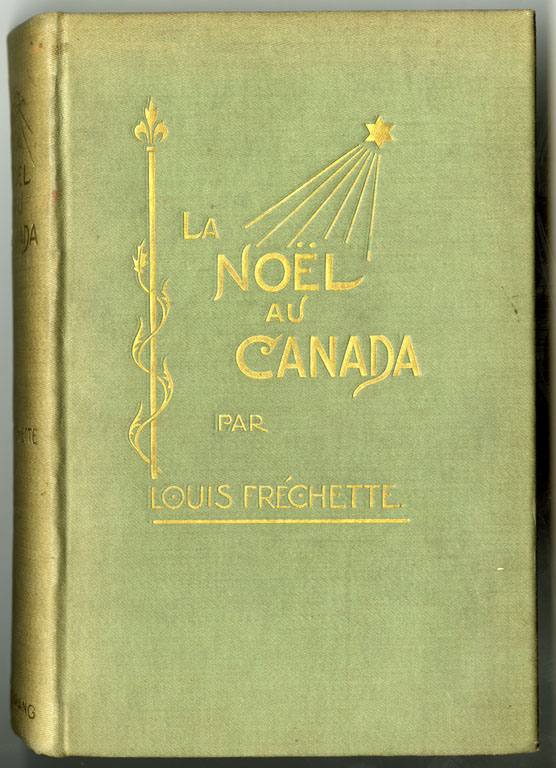 Maybe you’ve already wondered how far back holiday festivities go in Canada. Well, Canadians have been celebrating Christmas and the holiday season since the colonial period and the arrival of the first European settlers. Over time, French, British, Aboriginal and American traditions have become intertwined, giving rise to new practices and beliefs that are truly Canadian.

Your parents and grandparents might have told you Christmas stories when you were small, such as “The Flying Canoe” — a story that occupies an important place in the memories and imagination of French Canadians. In fact, shortly after Eaton’s began producing mail-order Christmas catalogues, author, poet and Québec political figure Louis-Honoré Fréchette — well-known for his epic poem La Légende d’un peuple (“Legends of a People”) — published the work La Noël au Canada (“Christmas in Canada”) in 1900.

This collection of tales inspired by popular folklore was actually first published in English in 1899 by Ontario publisher George N. Morang & Co., under the title Christmas in French Canada, before being issued the following year in French. Fréchette’s collection features a wonderful variety of tales, some well-known, such as “tales presenting the legendary Jos Violon”, (Fournier, 1991), others less so, including “Le violon de Santa Claus” (“Santa Claus’ Violin”) and “Tempête d’hiver” (“Winter Storm”). 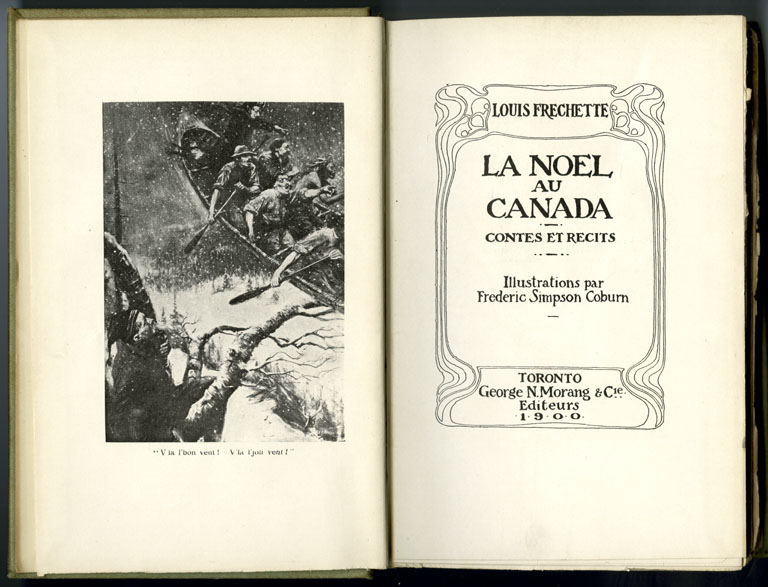 The Canadian Museum of History’s rare book collection includes a copy of this wonderful old book, which reflects a rich oral tradition that Louis-Honoré Fréchette was careful to preserve. This particular edition is remarkably beautiful, decorated with corbelling and filigree patterns, and adorned with lovely ornate capital letters. According to Cap-aux-Diamants: la revue d’histoire du Québec, this first edition is considered rare because “although Fréchette remains very well-known, there is no information about the public distribution of this collection of tales — for example, there is no way of knowing how many copies were printed.”

Louis-Honoré Fréchette bears witness to the evolution of Canadian Christmas traditions in a work filled with nostalgia, its stories brought to life with superb illustrations by painter Frederick Simpson Coburn. Throughout the volume’s 288 pages, some 23 images enliven the author’s Christmas tales, while lending them a touch of realism.

Is there a Christmas story you’re particularly fond of? Do you have any personal Christmas traditions that you’d like to share?