Celebrating the story behind the name

The Canadian War Museum tells the stories of Canadians in war and peace, and how organized human conflict has affected, and been affected by, individuals, families, and communities. It is an intimate journey, an exploration of history through personal experience. Seeing people not unlike themselves allows contemporary visitors of all ages to understand the past in relevant and immediate ways: through love and longing, fear and courage, friendship and remembering. 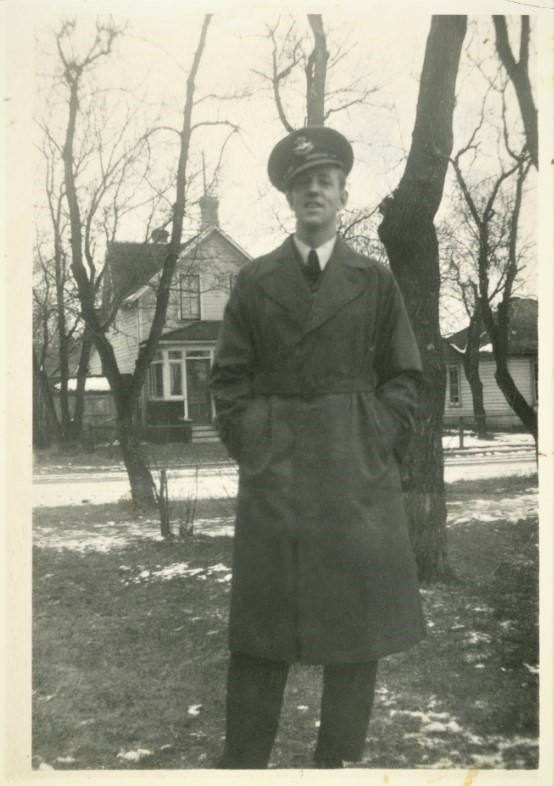 These connections are everywhere. They remind us of our shared humanity, and of a shared obligation to remember. In April, the Museum named the first of its four educational program ateliers for Flying Officer Donald Howard Bennett.

Bennett joined the Royal Canadian Air Force in May 1940, before his twentieth birthday. He served as an airframe mechanic, then trained as a bomb aimer, and served as part of Bomber Command in a squadron of Britain’s Royal Air Force. It was one the war’s most dangerous assignments, from which many thousands failed to return. He and his crew were shot down on December 31, 1944, near the Dutch town of Eygelshoven. None survived. In 2019, the residents of Eygelshoven built a memorial to them in their small town, one of the myriad ways in which Dutch citizens continue to remember those who fought for their liberation.

Less than two weeks before his last flight Donald Bennett wrote a letter to his sister, Marion, telling her that his squadron had completed 22 of its 30 missions and thanking her for keeping her fingers crossed for him. “Keep ‘em crossed,” he wrote. Like all correspondence from those lost, they are difficult to read and impossible to forget.

The Bennett family is determined to remember. In 2022, they dedicated the Bennett Atelier, a premiere educational and program space in the Museum, to Donald Bennett’s memory. Fifteen family members attended to honour the 24-year-old’s bravery, though no one in attendance had ever met him. His nephew, Don Bayne, had brought his uncle’s service to the Museum’s attention, and helped us tell his story. This named space tells of service, loss, and family pride, speaking to Canadians of their forebears in extraordinary times, connecting them to us, now and into the future.

The naming of the Bennett Atelier, one of a projected four, was a heartfelt beginning to this project. We are looking forward to identifying and celebrating the lives of other Canadians, in other branches of service, whose experiences have helped shape Canada. No service was ordinary in time of war. No service was forgettable. Allow us to help you, and all Canadians, remember.

Does anyone come to mind? If so, please contact Linda Kincaid, Director, Major Gifts and Campaigns, Canadian War Museum. Linda.kincaid@warmuseum.ca. 613 797-1796.