Canadians are a sporting people. They have long engaged in leisure pursuits, competing at all levels and developing game-changing innovations. To mark the Year of Sport in Canada and as part of Canada History Week, the Museum is highlighting Canadian contributions to the world of sport and play through key artifacts from our collection. We’ll present some of these artifacts in two blog posts that will cover different sporting disciplines. 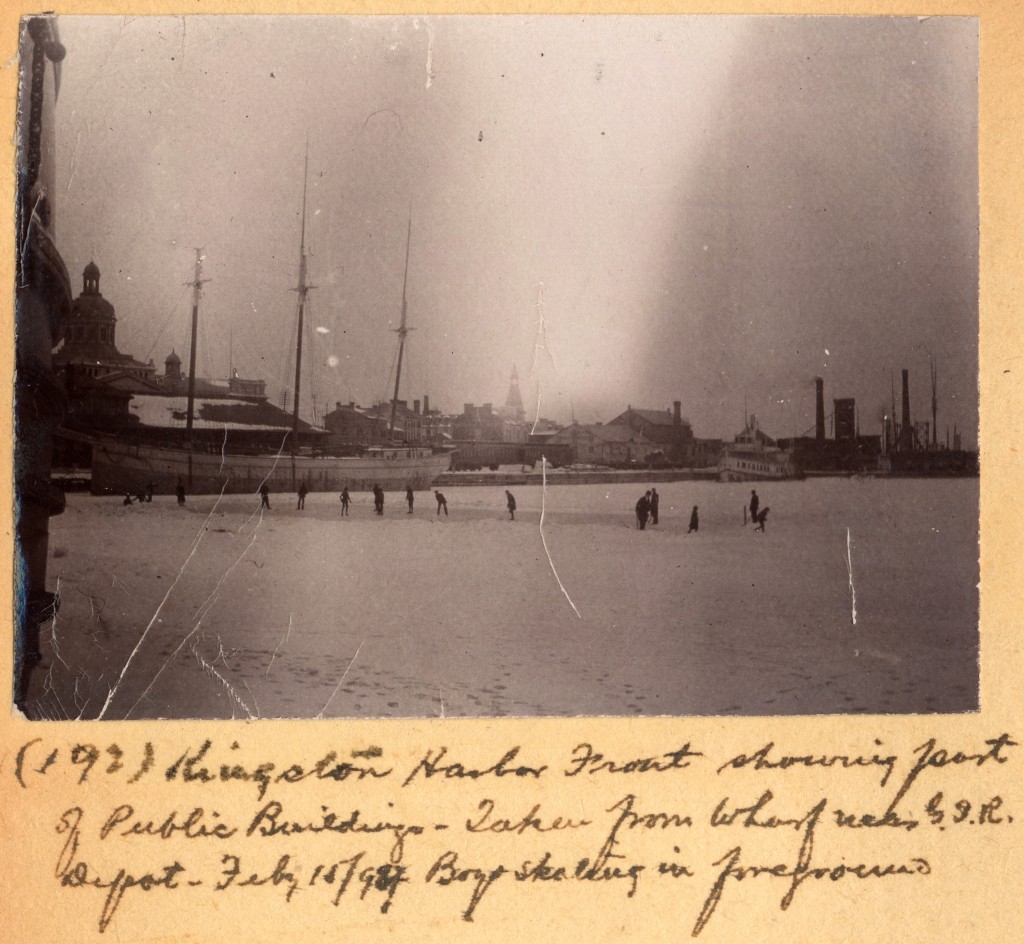 Hockey began as an outdoor game. Quintessentially Canadian, pond hockey has lost none of its appeal. Few objects speak more eloquently about the history of our national sport than this artifact: the oldest known hockey stick. It was made in Cape Breton, Nova Scotia, in the 1830s, for a boy named William “Dilly” Moffatt (b. 1829). His initials are carved into the blade of the stick. Testing has determined that the wood used to make this stick is similar in composition to living sugar maple trees in the area around the Moffatt homestead, thereby effectively proving that the stick was crafted in that region. An analysis of the ring count on the stick suggests it was cut in between 1835 and 1838. This evidence is consistent with the oral history of the stick, recounted over generations, of games of ice hockey on the local frozen pond.

Fun fact: The best hand-made hockey sticks were carved from one piece of wood, the natural curvature of the blade coming from the root of the tree. By the late 19th century, the Mi’kmaq were recognized as the best hockey stick makers and, when sticks began to be produced in factories, the Starr Manufacturing Company hired Mi’kmaq employees and named their sticks “MicMac” as a nod to this history. 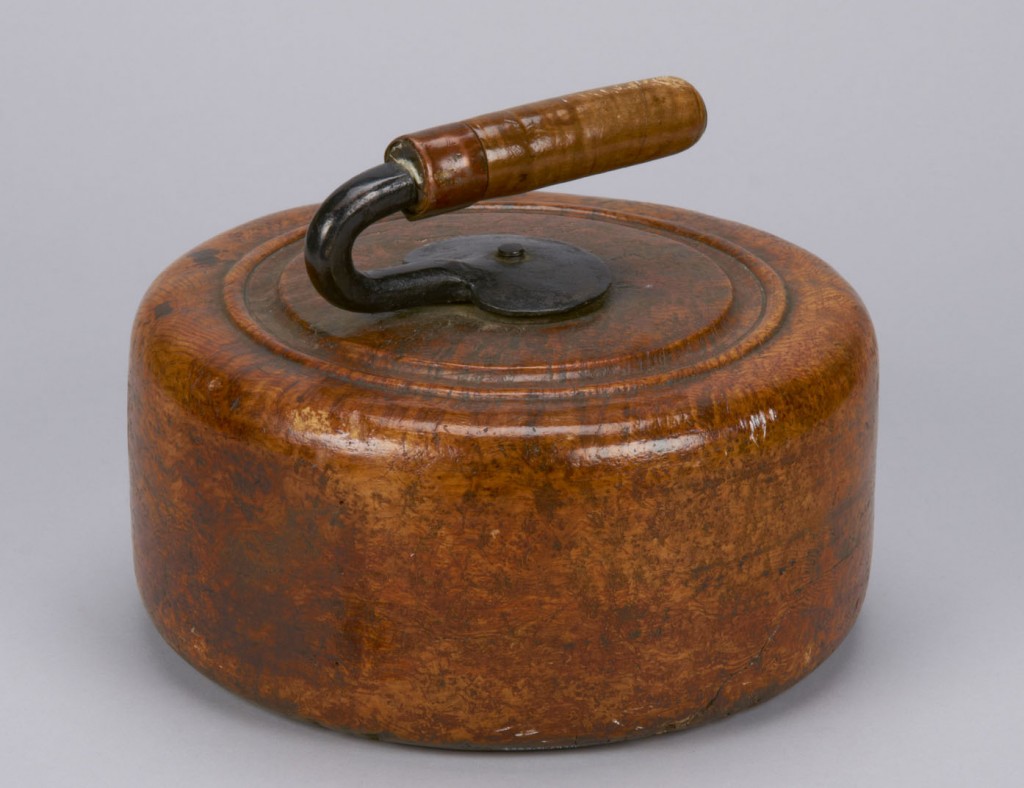 Curling has a history closely linked to the settlement of this country. Invented in Europe and popularized in Scotland in the 16th century, curling travelled across the ocean with Scottish immigrants. It quickly became a very popular pastime for settlers and soldiers alike, as it was particularly suited to the climate of British North America. Sponsored by high-ranking government officials, the sport had patronage and prizes. The first curling club in British North America, the Royal Montreal Curling Club, was founded in 1807.  It was followed in the 1820s by the formation of clubs in Kingston, Québec City and Halifax, but the sport really took off in the 1830s. Montreal was the home of the first indoor rink in Canada, and the first book on curling was written in Toronto in 1840. Seen to be a democratic sport, where all nationalities and ranks could mingle, curling was proclaimed in newspaper accounts as having become more Canadian than Scottish! By the beginning of the 20th century, the best club in Canada was the Winnipeg Granite Club, and women’s clubs were opening across the country. Today Canadians are strong curlers, consistently competing at the highest levels in men’s, women’s and wheelchair events. Statistics show that curling is both a popular participatory and spectator sport. 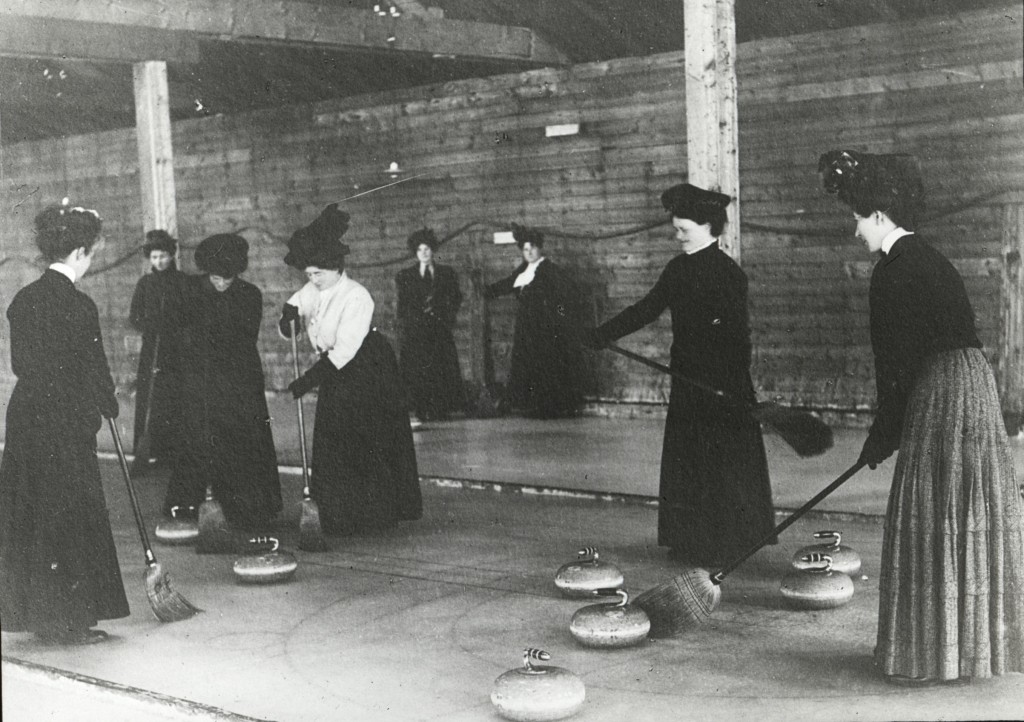 Fun fact: Although the earliest curling stones may in fact have been rocks, Scottish soldiers stationed in Canada were known to use iron stones, possibly melted from ammunition. In the middle of the 19th century, some curlers used stones made of burled wood and iron. By the middle of the 20th century, Canadian curlers had settled on granite stones. 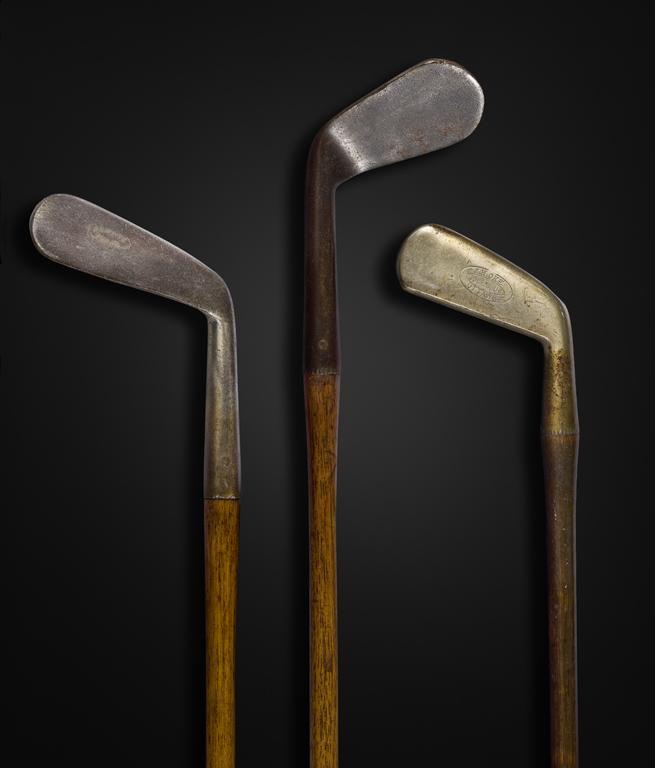 Like curling, golf was introduced to Canada by Scottish immigrants in the early 1800s, but only became more popular as a leisure pursuit at the beginning of the 20th century. By then, the tools of golf had changed, and women were also playing the game. J.H. Oke and William Park are closely associated with the history of the Royal Ottawa Golf Course: Oke was the first golf professional there, and Park designed the course. In addition, John H. Oke won the first-ever Canadian Open Championship in 1904. In those days, irons were stamped with the name of the professional golfer, a mark to indicate quality and craftsmanship. These irons could strike the newly invented rubber-core golf balls to better effect and more competitive finishes. 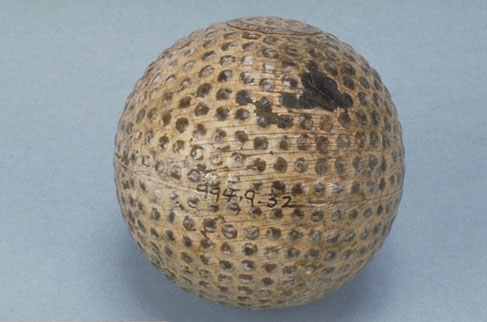 Do you have a favorite sport or sporting moment in Canadian history?