Building Canadian History, One Brick at a Time 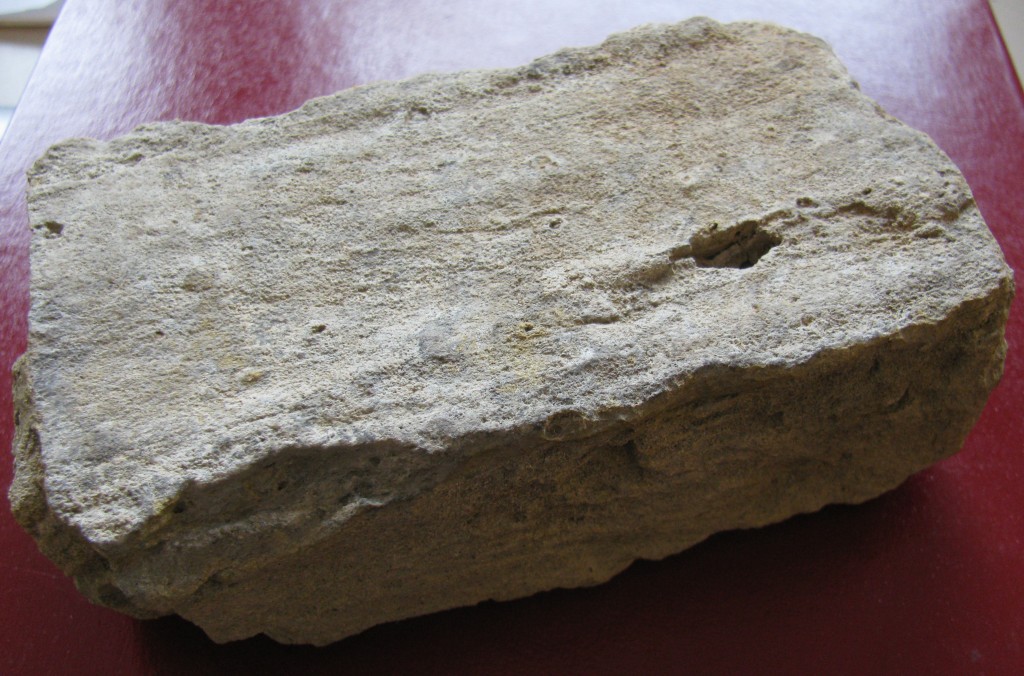 This ”Flemish” brick was found in 2015, just about to be washed into the Severn River from the archaeological remains of a Hudson’s Bay Company (HBC) post built in Fort Severn in the mid-1700s. It was likely scavenged from an earlier HBC post located several kilometres upstream.

Fort Severn is Ontario’s most northerly community, located on the shores of Hudson Bay, not far from the Manitoba border. The region has been occupied by First Peoples for thousands of years, it has witnessed many important moments in Canadian history, several of which are related to the struggle between French and English for control of the resources of Hudson Bay, a vast inland sea at the top of the continent. 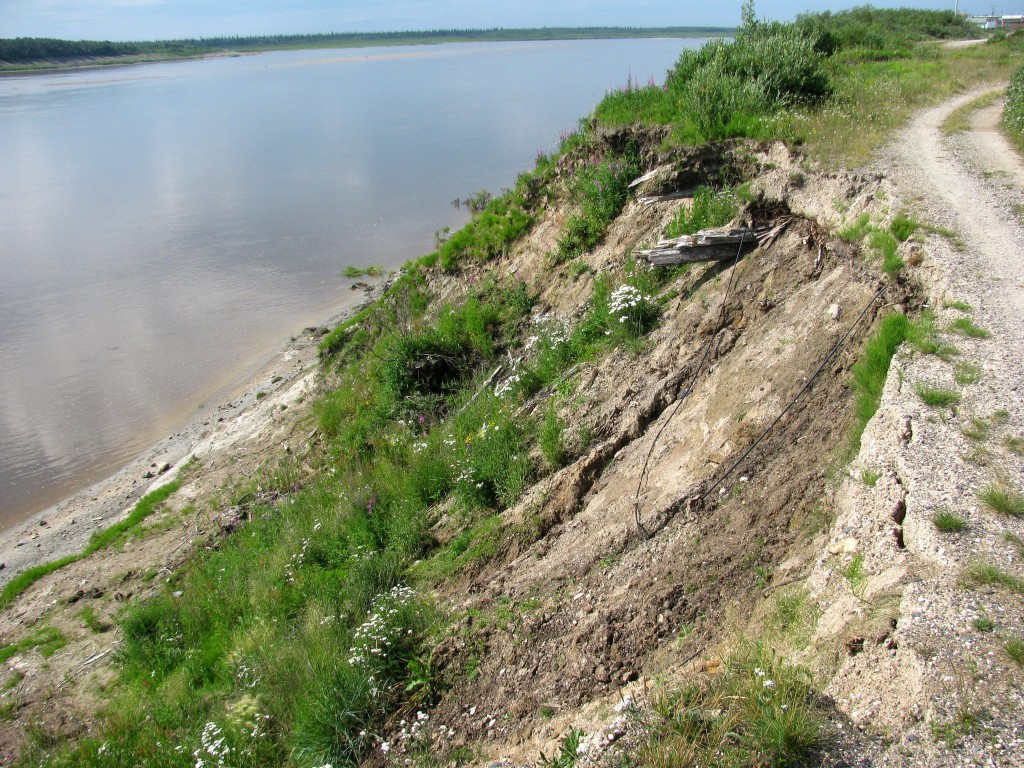 A view of the eroding slope in front of the HBC post built in Fort Severn in the mid-1700s. Since the author’s previous visit to Fort Severn in 1984, some 30 feet of embankment have slid into the Severn River, carrying away irreplaceable pieces of Canadian history.

The Hudson’s Bay Company (HBC) built a fortified trading post near the mouth of the New Severn River in 1685: a mere 15 years after the formal incorporation of the HBC in 1670 as “The Governor and Company of Adventurers of England trading into Hudson’s Bay.” Fort Churchill — as the small Severn River post was known at the time — would not last long. The French were determined to eject the British from what they viewed as the northern fringes of rich fur-bearing lands that belonged to the St. Lawrence colony of New France. Accordingly, on August 25, 1690, Pierre Le Moyne d’Iberville sailed up the Severn River, Fort Churchill was burned to the ground and d’Iberville spirited its harvest of rich furs back to Ville-Marie.

The HBC would not re-establish itself on the Severn River until the middle of the following century, building a new post several kilometres downstream from Fort Churchill, on the opposite side of the river. Today, the Cree community of Fort Severn (Washaho First Nation) surrounds the former HBC compound. 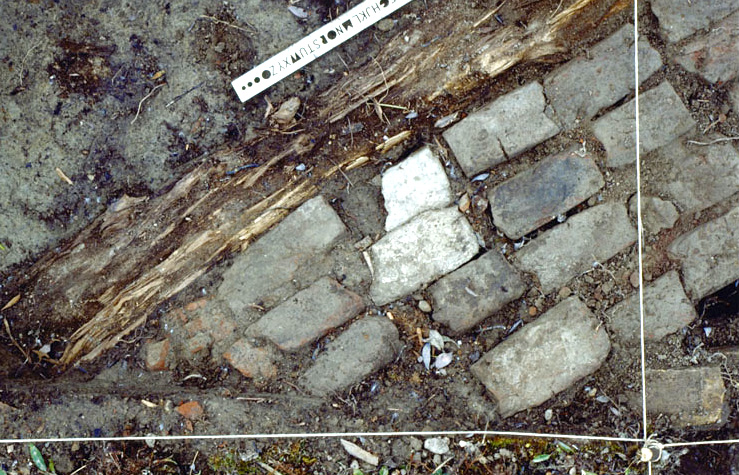 A course of “Flemish” bricks alongside a floor joist, in front of a chimney site near the 1685–1690 Old Fort, Fort Churchill.

When David Christianson, a Master’s student from McMaster University, carried out his excavations at the “Old Fort” in 1979 and 1980, he discovered numerous bricks: large, red-brick tiles, well-made red “English” bricks and small, poorly made yellow “Flemish” bricks. The latter were primarily used in and around fireplaces, hearths and chimneys, and are typical of 17th century construction. Over the past 30 years, however, the northern forest has completely reclaimed the Old Fort, which has now disappeared from view. 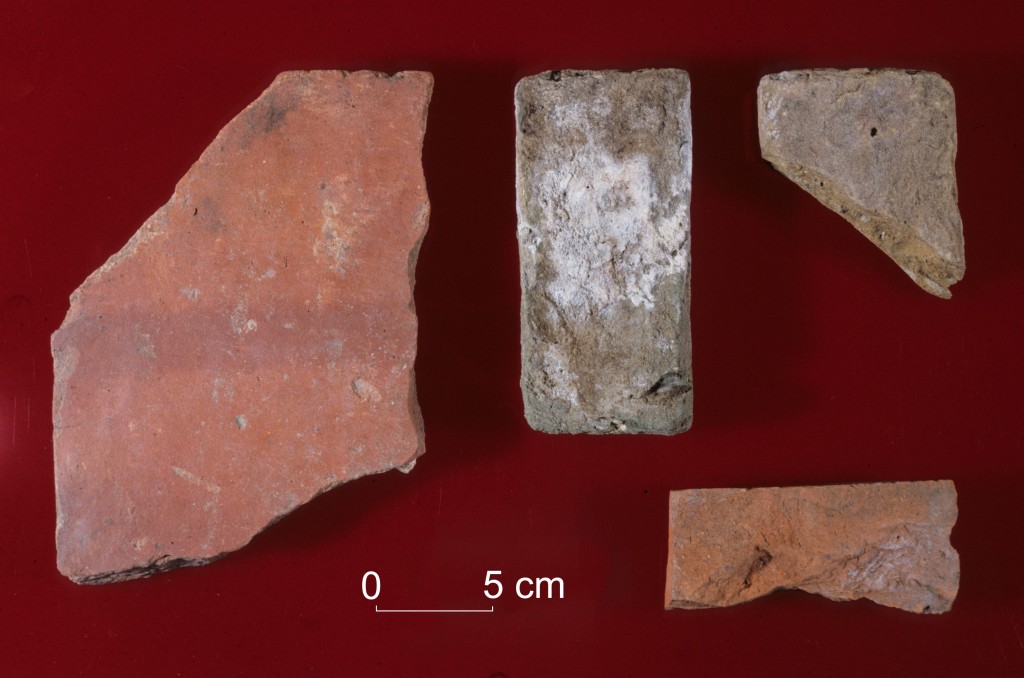 A sampling of archaeological bricks found near the Old Fort, upstream from Fort Severn: a red-brick tile at left, two “Flemish” bricks at the right and a fragment of “English” red brick at the bottom right.

In today’s community of Fort Severn, the remains of the second HBC post continue to slowly slide down the clay banks of the Severn River, disappearing beneath its silt-laden waters, as they have done for decades.  This past July, as on previous visits, I spent some time examining the objects scattered down the 30-foot high embankment in front of the HBC compound, to see what time had revealed. I saw parts of muskets — including a complete musket barrel and musket cock — nails and spikes, barrel hoops and staves, a few glass beads and several bricks. The bricks were red; but one stood out. It was a small yellow “Flemish” brick, virtually identical to the bricks found upriver at the Old Fort.

Standing on the banks of the Severn, I was reminded of a quote by Andrew Graham: an HBC factor whose observations and journals have been preserved, and the man responsible for re-establishing an HBC presence at Fort Severn in the middle of the 18th century. In September 1761, Graham recounted how he had sent his men to the Old Fort to gather “bricks and clinkers” to use in construction of the new trading post. Had I found tangible evidence of this passing comment by a company manager some two and a half centuries ago? Had this brick heard harsh orders issued to burn the English fort once his men had taken all the furs they could carry? Canadian history still harbours a great many secrets…