William Grenville Davis (1929–2021), Premier of Ontario from 1971 to 1985, passed away recently in his hometown of Brampton. His passing is an opportunity to commemorate his importance, not only on the Ontario political landscape, but also in Canada as a whole, for his role as one of the key architects of this country’s constitutional reform in 1982.

William Davis — always referred to as “Bill” except in official documents — was a product of early 20th-century small-town Ontario. A lawyer by trade, he was a member of the United Church, and the father of five children. In 1959, he began his political career with Ontario’s Progressive Conservative Party when he was elected to the Legislative Assembly as the M.P.P. for Peel — a seat he held through seven elections, until his retirement. 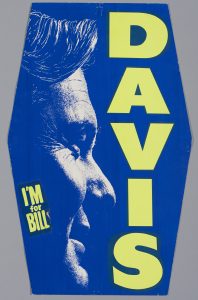 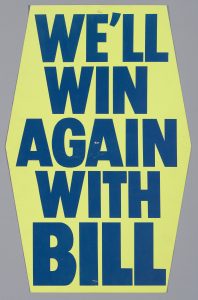 In 1962, he became Minister of Education, at the age of 33. These were good years. The budget for education increased almost fivefold during his nine years at the helm. Under his leadership, economic prosperity, the effects of the Baby Boom and immigration, and a desire for more accessible education, led to the construction of hundreds of schools, the creation of the community college system, and the establishment of post-secondary institutions such as Trent University in Peterborough, and Brock University in St. Catharines.

In February 1971, Davis won the leadership of his party and the position of Premier. He ruled over Queen’s Park for 14 years, winning four consecutive elections. During his tenure, Ontario continued to modernize — developing the GO Transit commuter network, for example, and gradually expanding the province’s social safety net. Sports fans will also be grateful that he began work on the SkyDome (today’s Rogers Centre).

In 1985, while still leading the polls with a comfortable majority, he made the decision to retire. It is said that, in politics, there are two defining moments: one’s entrance, and one’s exit. Few politicians make a graceful exit. Bill Davis was an exception, which helps explain his popularity, and the respect accorded to him long after he left public life.

Bill Davis was part of a continuum: the Big Blue Machine — a name given to Ontario’s Progressive Conservative dynasty, which governed the province continuously from 1943 to 1985. What were the ingredients that fuelled a success that today’s political world can only dream of? A few simple principles, which Davis juggled perfectly. First, he was able to tap into an unswervingly loyal political base, comprised of more traditional voters, concentrated particularly in small towns and rural areas. In addition, he knew how to evolve slowly, generating just enough economic and social advancement to avoid alienating his base, while also gaining enough support from more centrist voters. This winning formula also involves choosing leaders who can rally the people, who are in tune with the times, and who remain in power long enough to leave their mark — but not so long that people tire of them. Leslie Frost reflected the Ontario of the 1950s, John Robarts the 1960s, and Bill Davis the 1970s and early 1980s.

Journalist Angela Ferrante once compared Bill Davis to the Cheshire Cat from Alice in Wonderland. That image has endured. With his proverbial pipe or cigar, his benevolent — if slightly ironic — gaze, and his quiet confidence, Bill Davis reflected both a province and an era.

Although Bill Davis’ place in Ontario politics is undeniable, he has also played a significant role at the national level. During constitutional negotiations of the 1980s, he was an ally of Pierre Elliott Trudeau, despite the fact that Trudeau was a political opponent. This is another indication of Davis’ flexibility when circumstances demanded it. Convinced that constitutional reform, including the Canadian Charter of Rights and Freedoms, was in Canada’s best interest, Davis encouraged the Prime Minister to back down and incorporate the notwithstanding clause. Trudeau attested to this in his Memoirs, noting that Davis, who had supported him “against all odds […] would play a particularly important role in persuading me to accept the final compromise in November 1981.”

Davis had made his case, and Canada’s new Constitution was adopted. At the same time, Davis never crowed about his victories. Of René Lévesque — then Premier of Quebec, and an enemy of reform — Davis said, “We got to know each other and respect each other. […] René’s approach was sincere and determined. No one could doubt his strong sense of democracy.” Even Davis’ political opponents acknowledged his calm approach to political combat.

The Canadian Museum of History has a number of items in its collection relating to Bill Davis and his impact on this country’s political evolution. 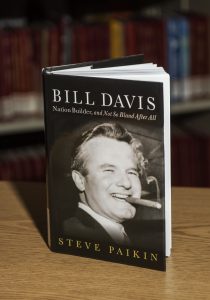 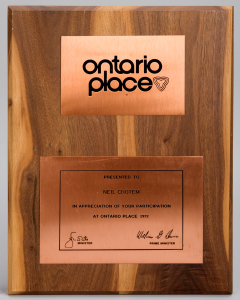 The Art of the Possible, a documentary on Bill Davis by Peter Raymont (English only). National Film Board of Canada, 1978, 58 minutes.