Excitement is building, as Canadian athletes get ready to compete in 102 events at the XXIII Olympic Winter Games, to be held in Pyeongchang this month.

Of course, the Winter Olympics have changed in many ways over the years: 70 years ago, Canadian athletes competed in only 22 sports, in St. Moritz, Switzerland. That year, Canadian skaters took home two gold medals. The RCAF Flyers won the men’s hockey gold, despite concerns leading into the Games that the team might not be internationally competitive.

Canada’s other gold medal went to 19-year-old figure skater Barbara Ann Scott. The ice conditions weren’t good for her event: hockey and figure skating shared the outdoor rink in St. Moritz, so Scott had to compete on ice rutted from the hockey games and watery from unseasonably warm temperatures. Nonetheless, she performed her compulsory figures flawlessly and her free skate routine was replayed on newsreels internationally. 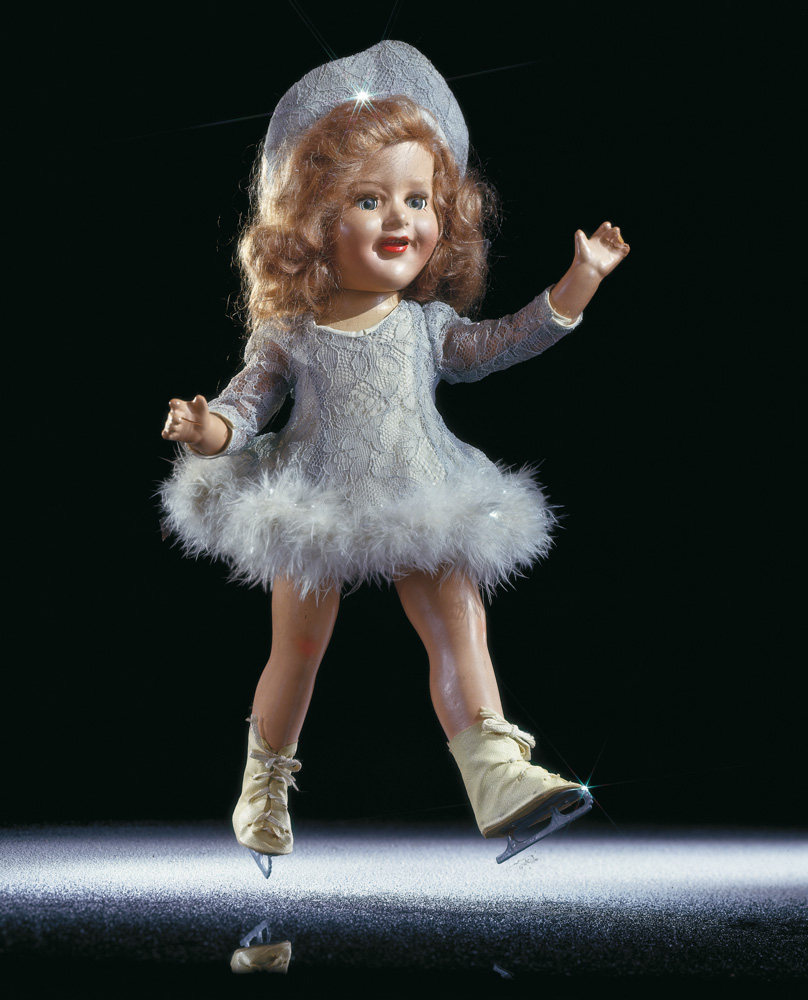 The Canadian skater had already gained national attention, but her Olympic Games success made her an even bigger celebrity. On her return to Ottawa, she was greeted by an estimated 60,000 fans — including Prime Minister William Lyon Mackenzie King.

Scott subsequently appeared in advertisements for Canada Dry, Timex and Community Silverplate China, and was a guest on What’s My Line, an American television program. She turned professional shortly after the Olympics, travelling internationally as the headliner of the Hollywood Ice Revue.

Canadian children who came of age in the 1950s and 1960s might best remember the skater from the Barbara Ann Scott doll. Manufactured by the Reliable Toy Company of Toronto, and available through the Eaton’s catalogue, the doll remained popular long after Scott’s Olympic victory.

Different versions of the doll were available. The Canadian Museum of History has two of the dolls in its collection, one with a pink dress and the other with a blue lace dress. Each shimmering costume has faux-fur trim and comes with tiny skates and a headpiece, inspired by ensembles Scott wore during her career. The skater loved her costumes so much that she dedicated an entire chapter of her 1950 autobiography Skate with Me to the subject.

Dolls are playthings, but they also reflect the culture and time period in which they are created. One difference between the real Scott and the doll is its age: the skater’s toy likeness is a baby. In the early 20th century, new theories of child development suggested that children got the most out of toys that they could identify with. Toy makers took this concept to heart, and baby dolls replaced the “fashion dolls” of earlier decades. 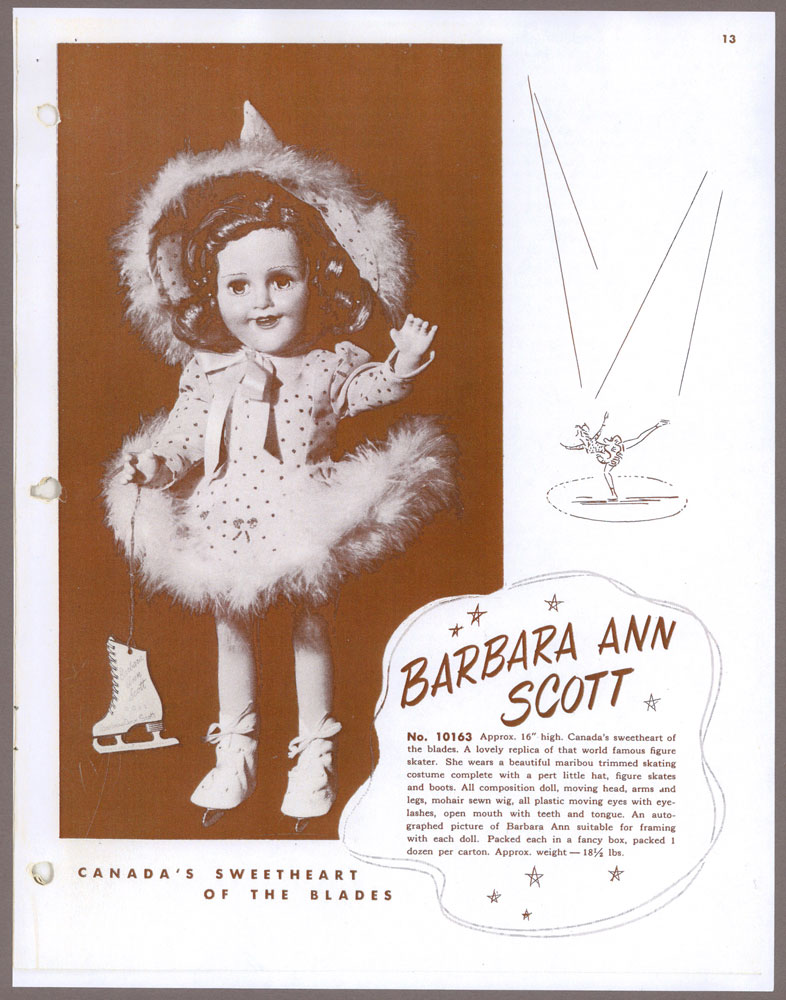 Teenaged dolls would come back into fashion in the 1960s, thanks to Barbie. But the Olympic gold medal winner was immortalized as a young child. This likeness certainly reflected media depictions of Scott, who was seen as the embodiment of feminine charm in the postwar era. For example, in 1948 Time magazine suggested that Scott looked like a “doll which is to be looked at but not touched.”

Although Scott was known and loved for her Olympic success, she had many other laudable accomplishments. She was the 1947 and 1948 European and World women’s figure skating champion, and — in 1945, 1947 and 1948 — winner of the Lou Marsh Trophy, Canada’s newspaper editors’ award for athlete of the year. She was also the first woman to land a double lutz in a skating competition. Off the ice, Scott was a licensed pilot and avid golfer.

In 1955, Scott married Thomas King and retired from skating. Later in life, she excelled as an equestrian, owned a beauty salon and was a torchbearer at the 1988 and 2010 Winter Olympic Games, in Calgary and Vancouver respectively.

Scott’s story is a reminder of the power of the Olympic Games to turn amateur athletes into national celebrities: she remained an icon of women’s sport in Canada for many generations.The Barbara Ann Scott dolls are a testament to the way that Olympic victories can transcend sport and history, and inspire popular culture.