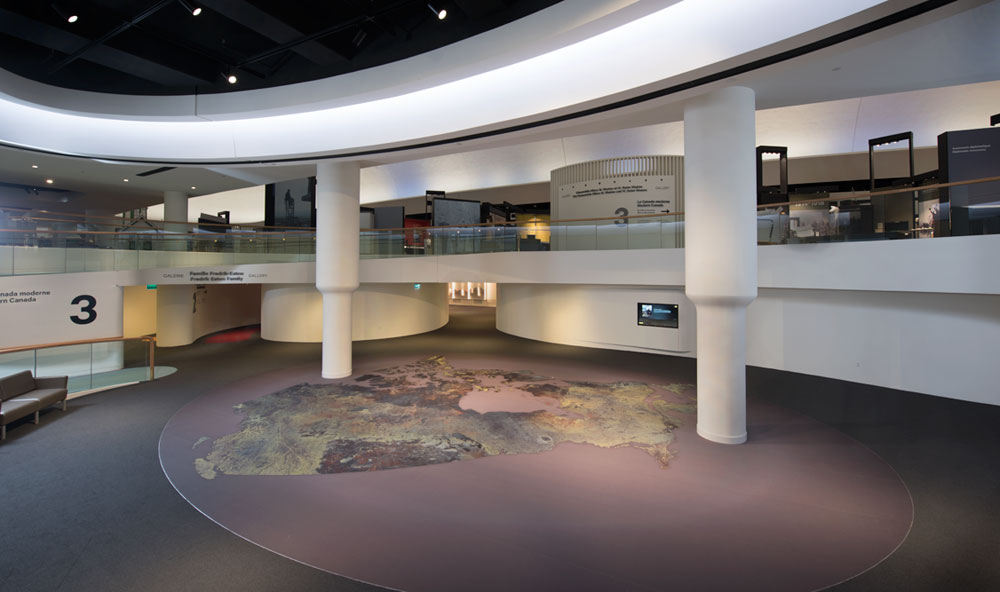 Without a doubt, the Canadian Museum of History’s greatest accomplishment over the past year was the new Canadian History Hall, which was very near completion by year end in preparation of the public opening on July 1, 2017. It was the culmination of several years of hard work, inspiration, careful planning and broad consultation. The result is a new Hall that presents Canadian history as it’s never been seen before: encompassing diverse experiences and perspectives to arrive at a collective story of conflict, struggle and loss, as well as success, achievement and hope. A legacy project for Canada’s sesquicentennial, this signature exhibition illuminates the influence of that past in shaping current-day Canada. 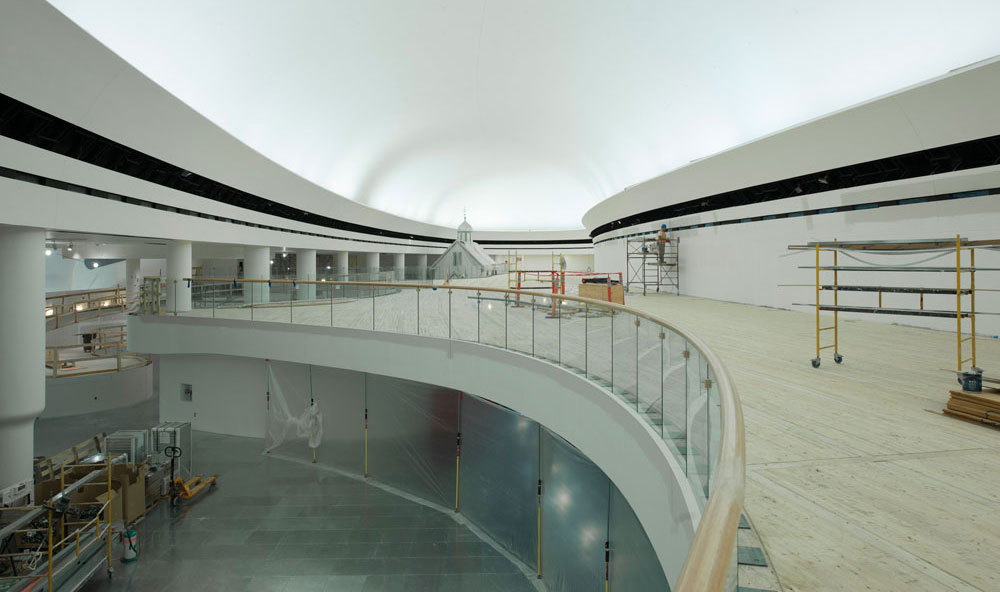 The fundraising campaign for the Canadian History Hall began in 2012, and has received support from over 430 donors from across the country, consisting of individuals, foundations and corporations. The Museum has raised nearly $9 million for the Hall, a milestone amount, surpassing its original target of $5 million. Of these donors, nearly 40 have been motivated to contribute $1,000 or more.

The Museum of History also acknowledges, with gratitude, several new donors who have contributed substantially to the Canadian History Hall at the level of $100,000 or more. They include the Wilson Foundation, Pomerleau, the BCU Foundation, the Canadian First World War Internment Recognition Fund and the Salamander Foundation. 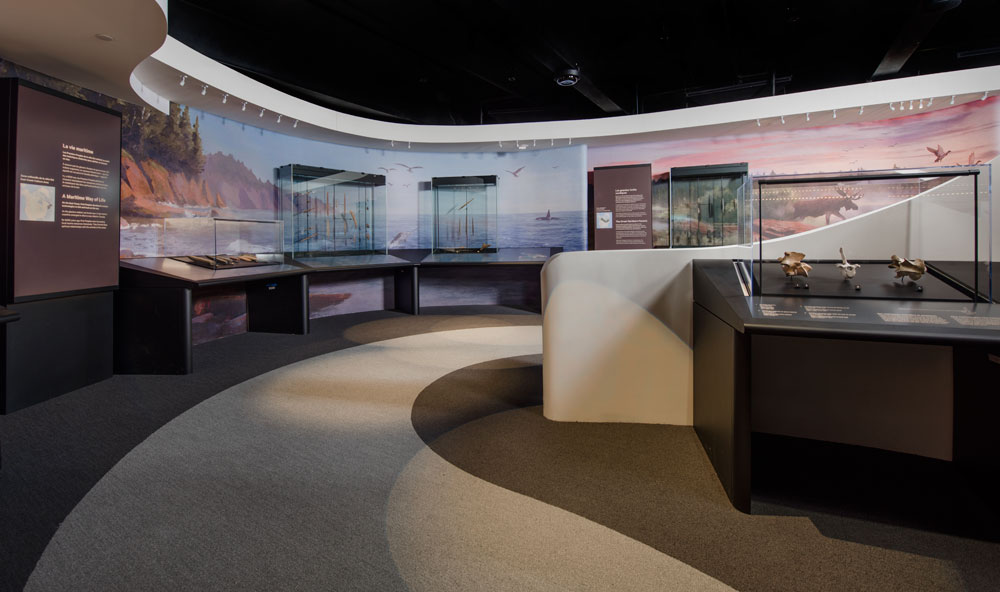 Furthermore, the Museum is proud to report that the stories in the Canadian History Hall will reach far beyond its walls through further philanthropic support of education and outreach. The Rossy Family Foundation has generously provided an additional $1 million for the Rossy Family Canadian History Hall Education Project Fund. The Wilson Foundation and the Salamander Foundation have also contributed generously in support of the Museum’s education and outreach.

Piece by piece, a new masterpiece is revealed 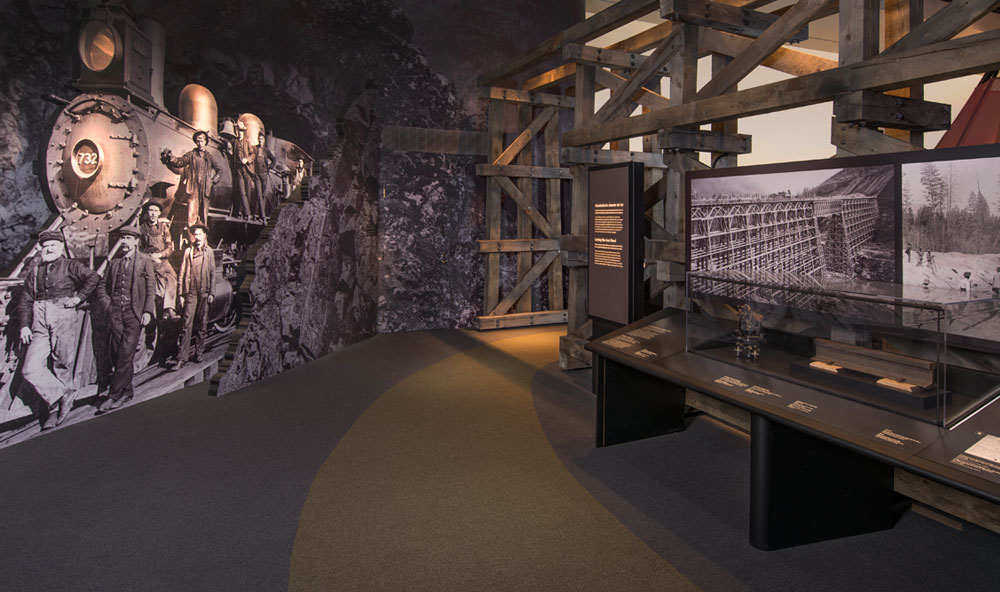 Throughout the year, as each stage in the development of the Canadian History Hall was completed, the sensory impact of this awe-inspiring space came more and more into focus. Each stage of construction and installation was painstaking and demanding. The Hall’s domed ceiling was sprayed with a fibrous coating to absorb sound waves and improve acoustics. A giant image of Canada, as seen from space, was installed on the floor of the Hall’s central area, known as the Hub. Iconic Canadian images were installed along the wall of the Passageway leading to the three galleries. Before the exhibitions could be assembled, support and display structures and showcases were installed. As each challenge was met, an exhibition hall of remarkable grandeur and beauty took shape. 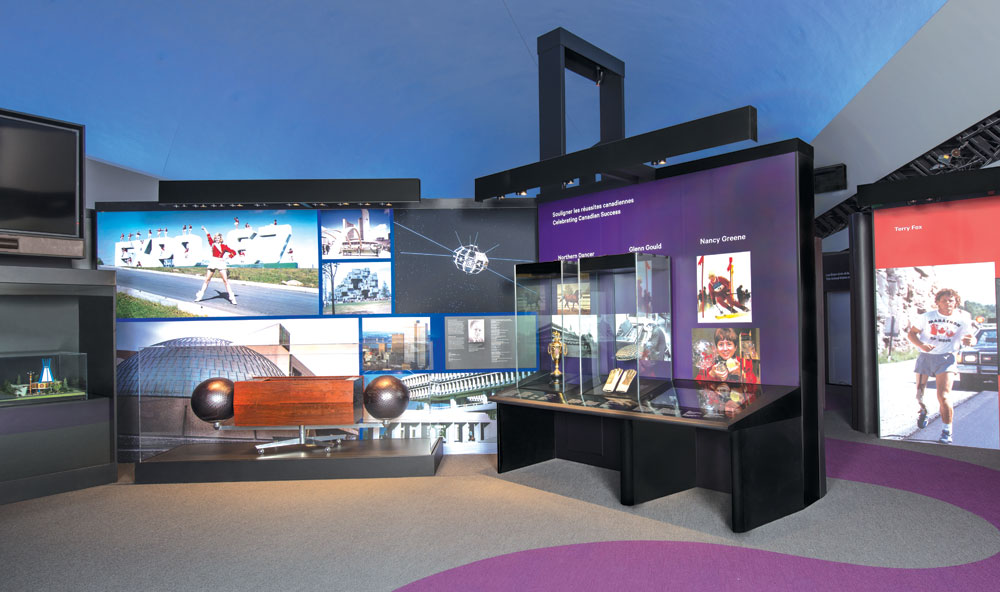 Museum of History staff approached the daunting task of relating 15,000 years of history by embracing some key principles: that history is about much more than leaders and elites; that human emotions are key to understanding our shared past; and that our senses are powerful perceptual tools. Those ideas have led to a museum experience that embraces multiple perspectives and tells its story largely through artifacts — the actual, physical touchstones of history.

Most of the Canadian History Hall’s roughly 1,500 artifacts are original historical objects, their authenticity scientifically verified. Where artifacts did not exist, replicas (for example, a 10-metre reproduction of a late-1700s canoe) have been carefully crafted. The Museum continues to collect important artifacts, such as Lester B. Pearson’s original Nobel Prize medal, transferred to the Museum on long-term loan from Global Affairs Canada last year.